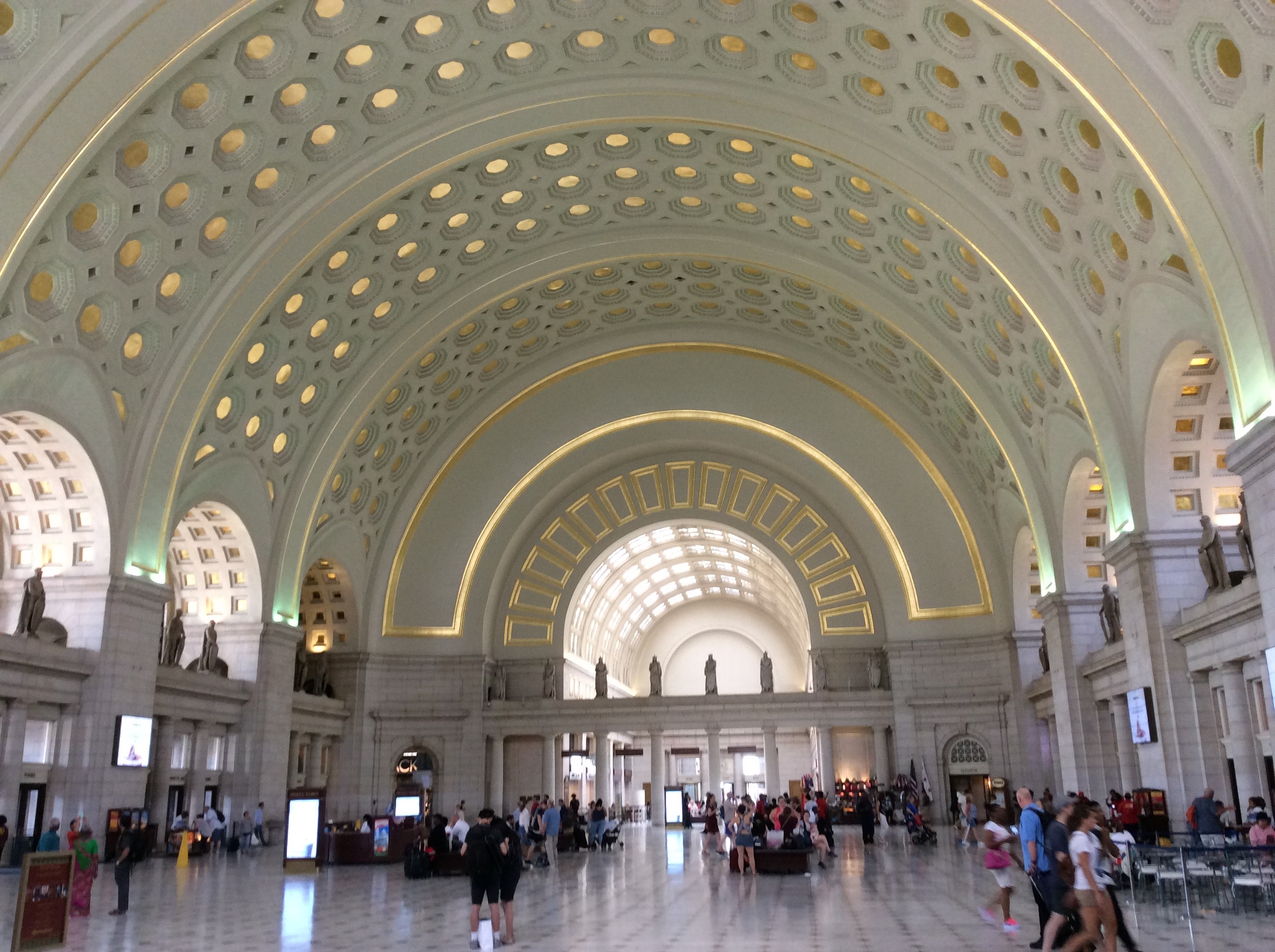 For over a year my wife and I had planned a trip on a private railroad car for our anniversary, so we were especially excited to arrive at Washington’s Union Station for the beginning of our adventure. The station sees over 100,000 riders daily many on Amtrak trains and many others on the D.C. area commuter trains.

The station opened in 1907 and was restored to its former glory in 1988. It now features high end shopping and various food court style restaurants. Union station offers bus, commuter and long-distance rail travel. 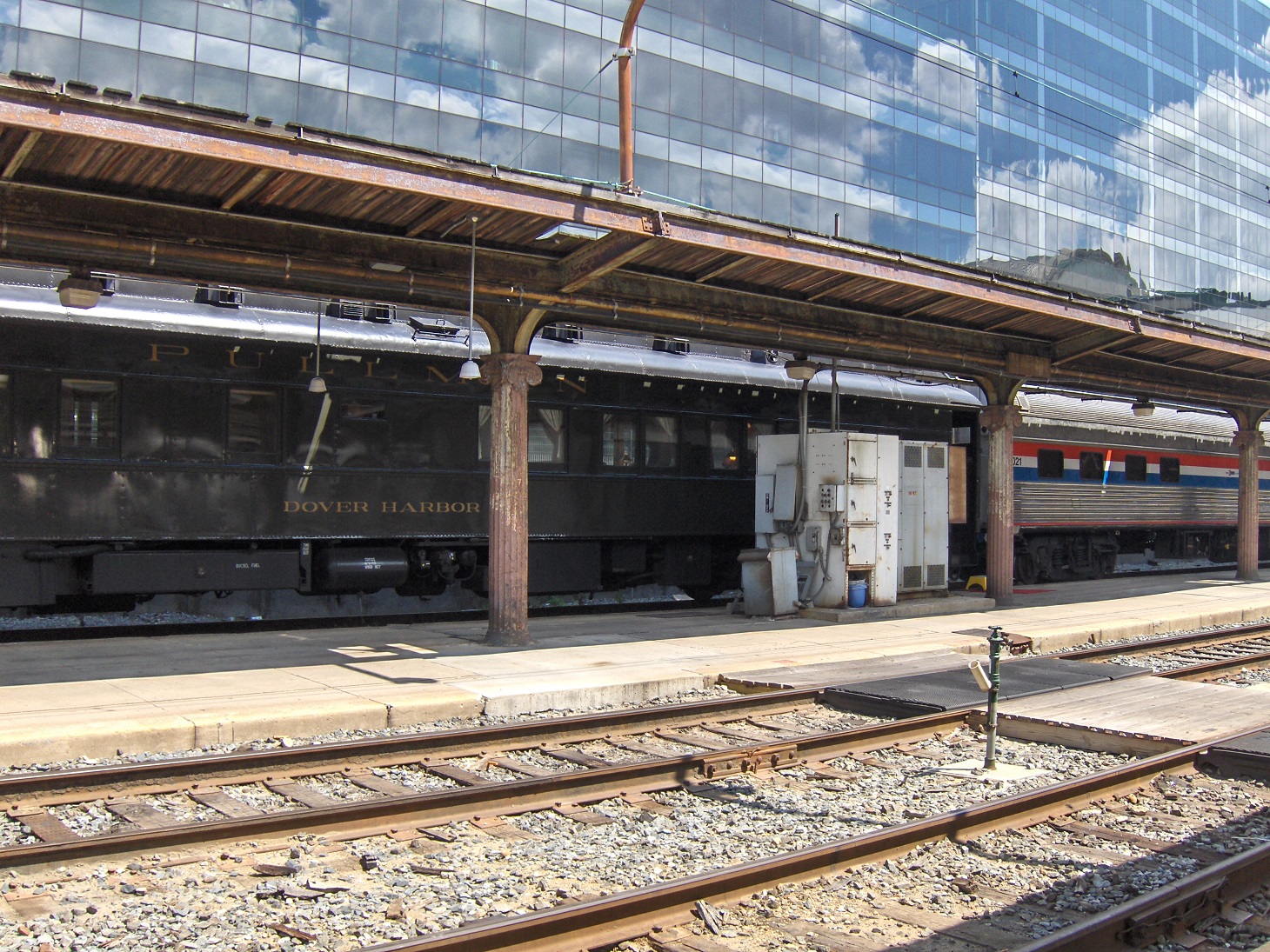 We chartered the Dover Harbor from the Washington Chapter of the National Railway Historical Society for our week-long excursion. Other organizations and companies offer a similar service, but we wanted to help support a group of fellow railfans in their work to re-live the glory days of train travel aboard a Pullman car.

We invited old friends to join us on the trip as we journeyed from Washington to Chicago to Memphis to New Orleans and back to Washington. The Dover Harbor was re-modeled to its present configuration in 1934 and the NRHS does everything according to Pullman procedures of the day. It has 6 double bedrooms, a galley kitchen, a large lounge area and a shower. It is a re-creation of 1st Class travel in the thirties from the red carpet to the gourmet meals served on board. 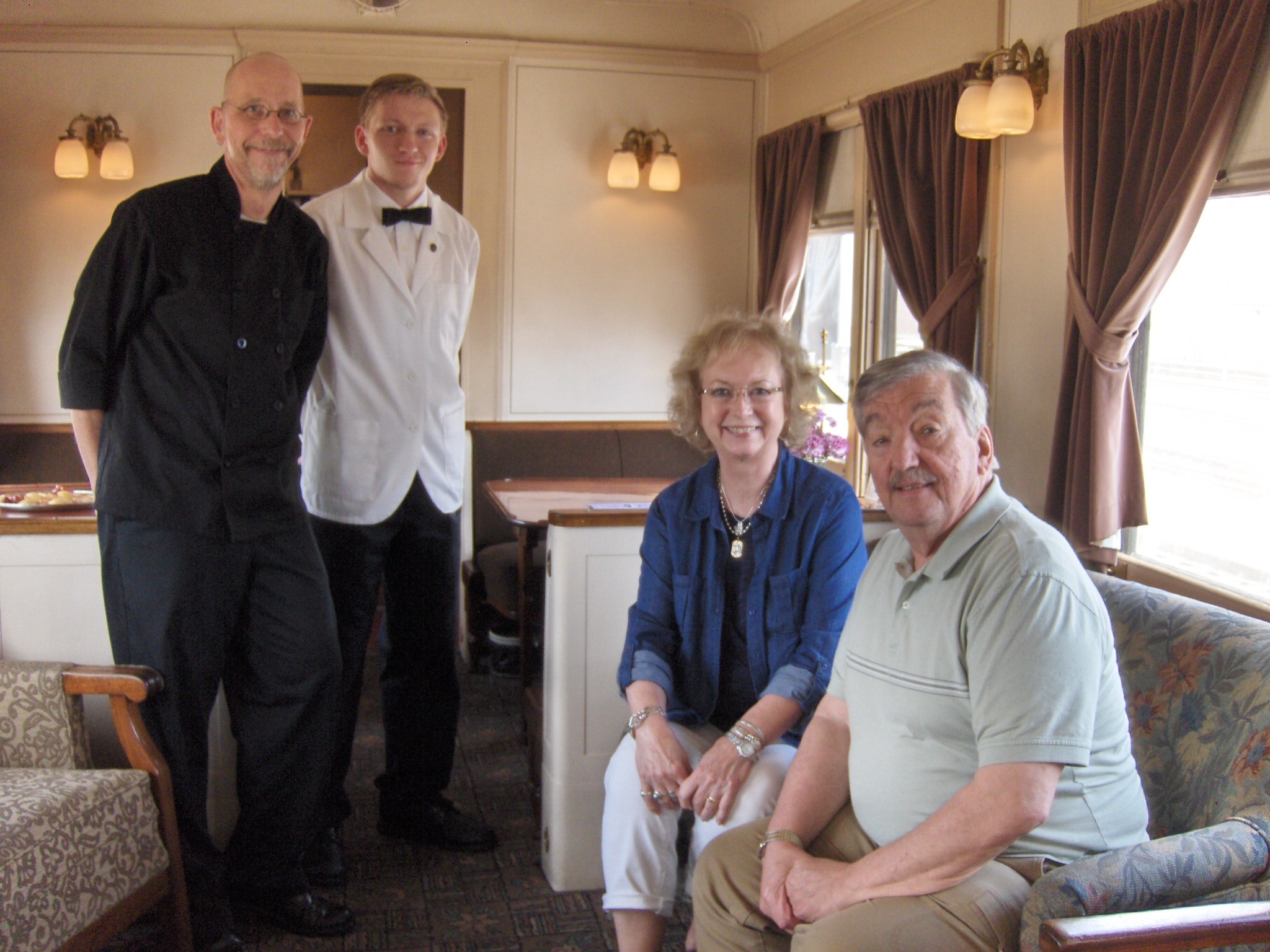 We enjoyed service from a porter, a chef and a mechanical officer who took care of all the coordination with Amtrak as we were coupled to the very end of the train. 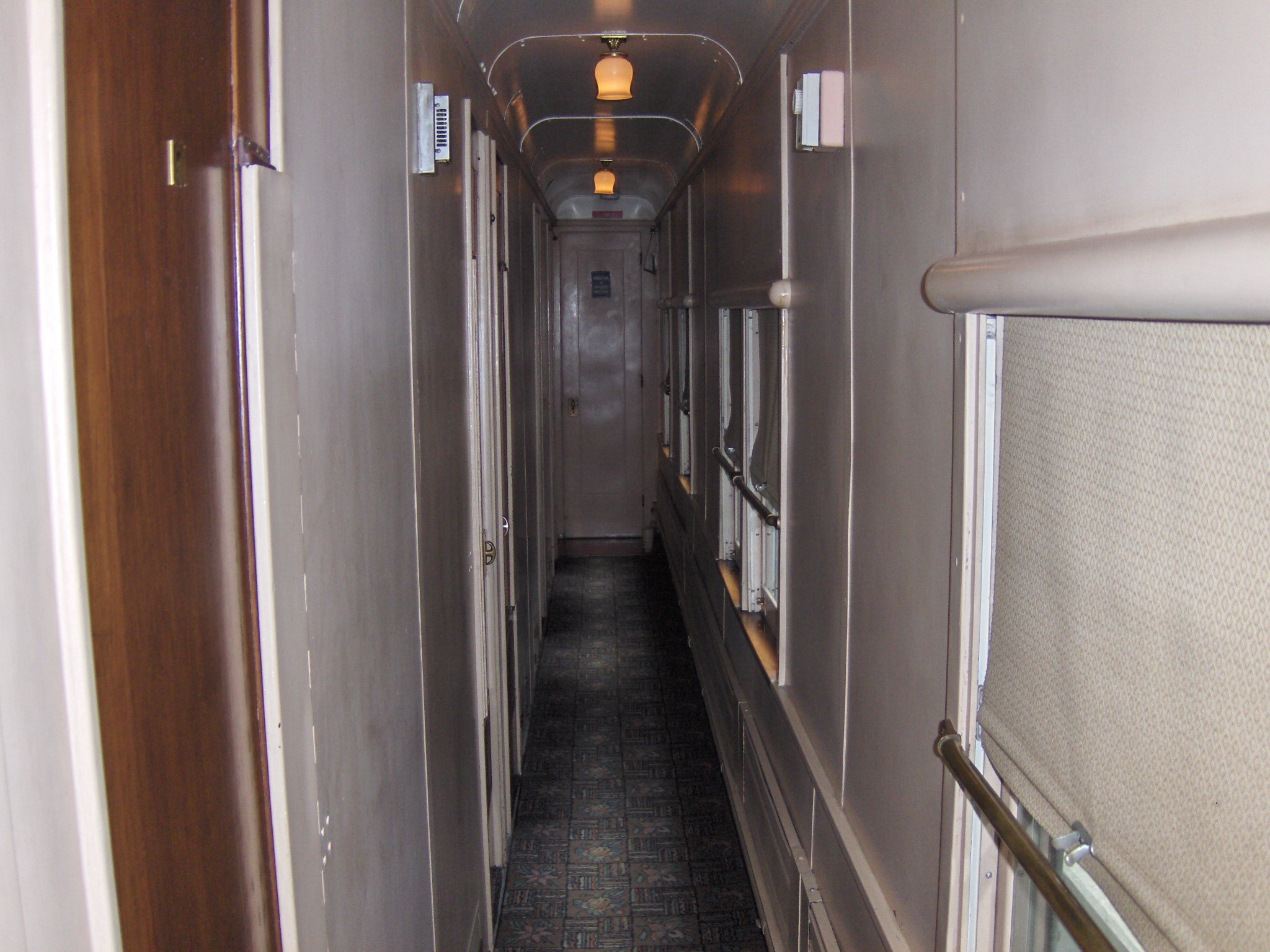 After a trip down the passageway you arrive at the bedrooms. They had 2 bunks and combination washbasin and toilet. The compartment itself is about 7 x5 feet. Cozy for 2 people. 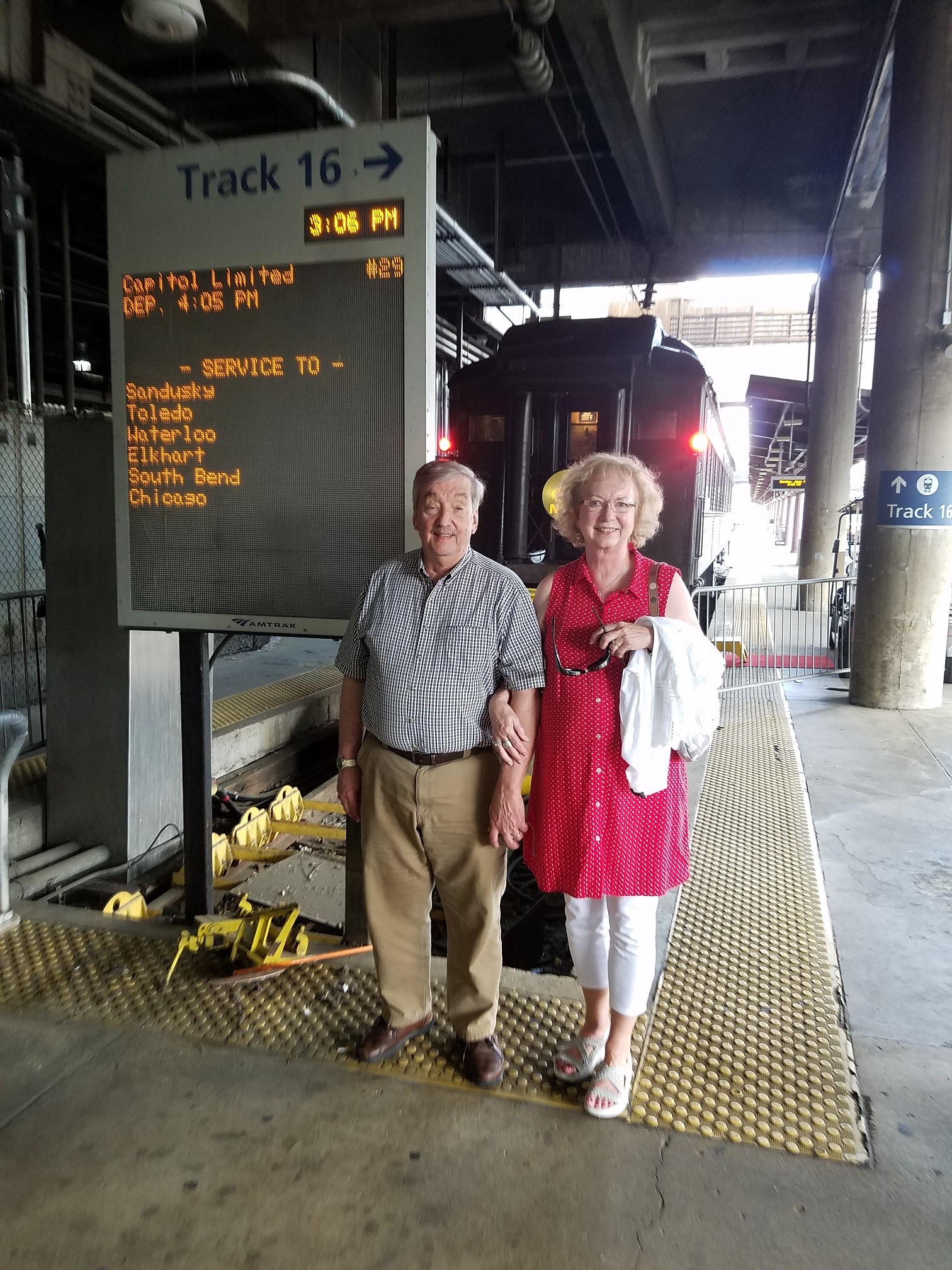 We boarded the Capital Limited bound for Chicago on the first leg of our trip.

The scenery is gorgeous when viewed from the vestibule of your own private car. Here is the crossing of the Shenandoah River at Harper’s Ferry West Virginia. 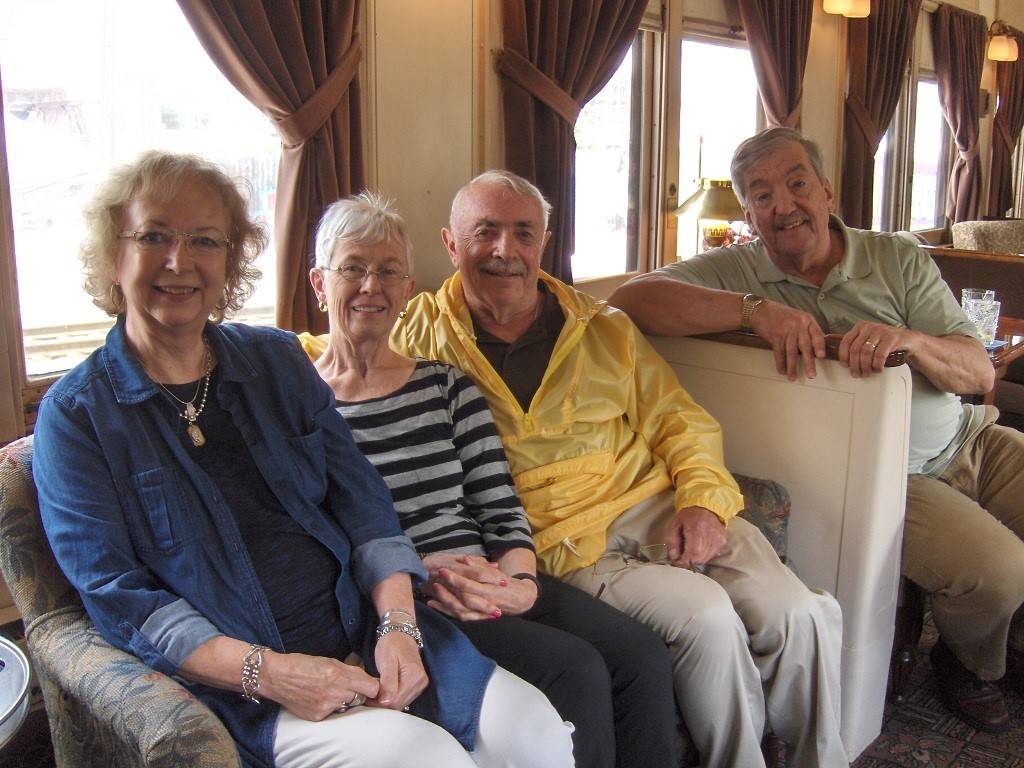 We enjoyed sharing our anniversary with friends, and picked up and set out people along the way. In total, 12 friends had the pleasure of sharing the car. We also had another 9 who visited for a while at the Chicago station.

Getting off the car in the labyrinth of Chicago Union Station was just as gracious as boarding. It was 1St Class all the way. 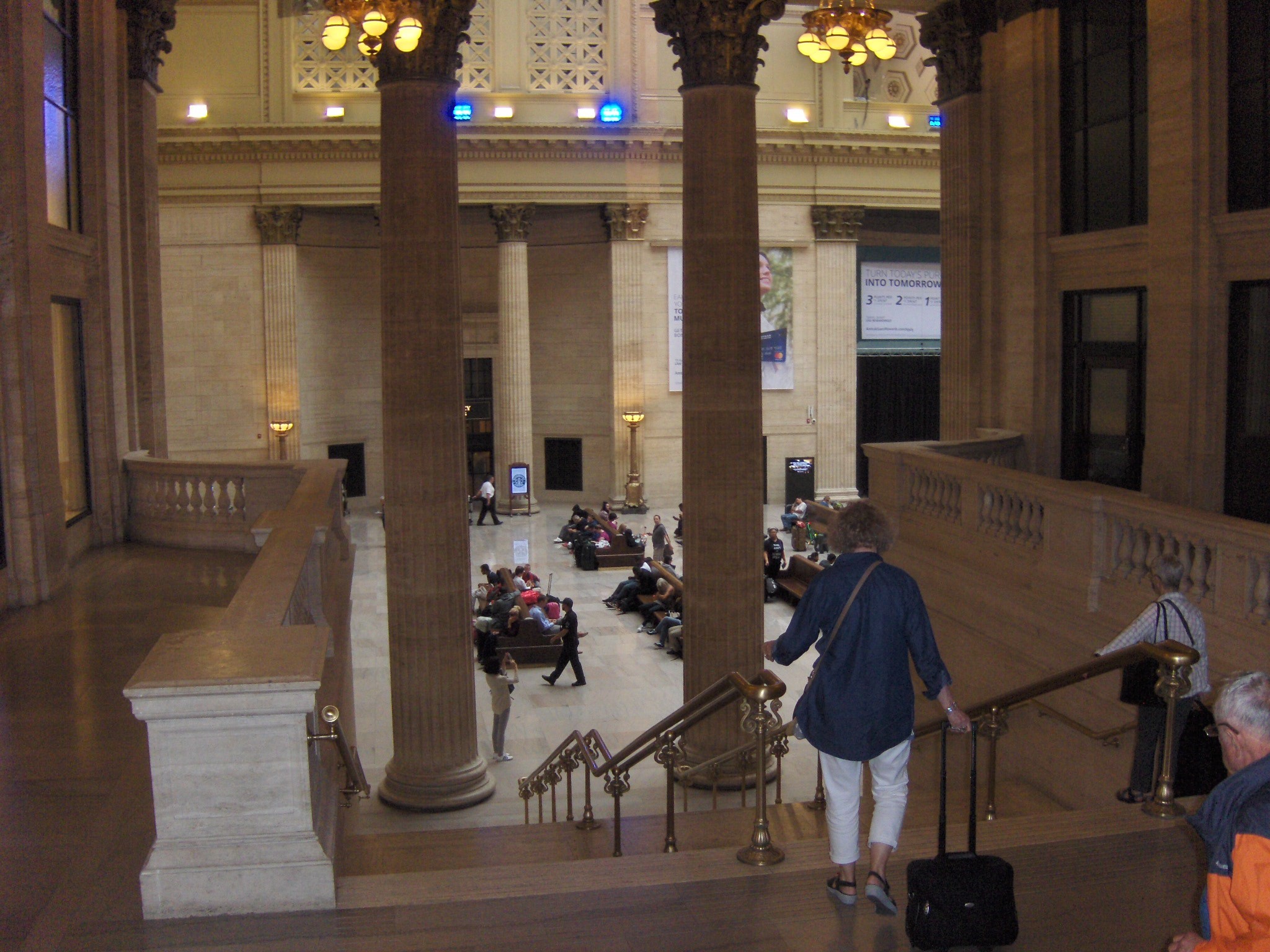 Here Janet heads down to the main waiting room. We had to spend the night in Chicago before we could change to the City of New Orleans because Amtrak could not guarantee that our car would be transferred in time. We arrived around 9 am and the City did not depart until 8 pm. In the heyday of rail travel our car would have been switched in a matter of a few hours. 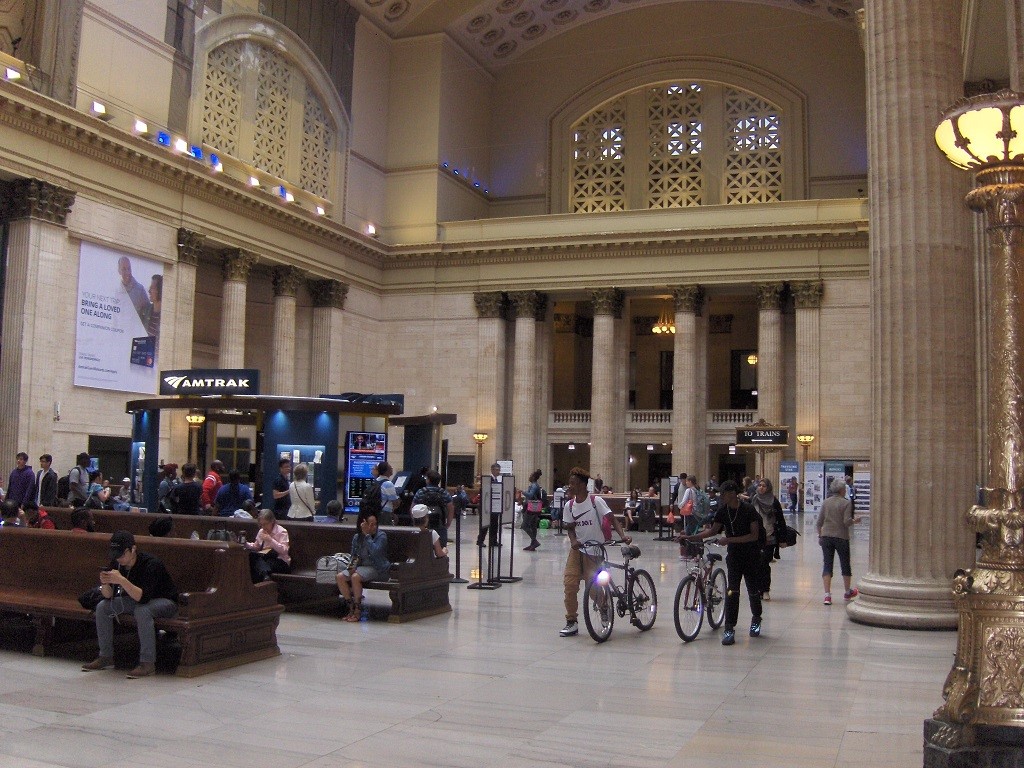 The Chicago Union Station opened in 1925 and today handles over 54,000 passengers daily on Amtrak and the commuter trains. 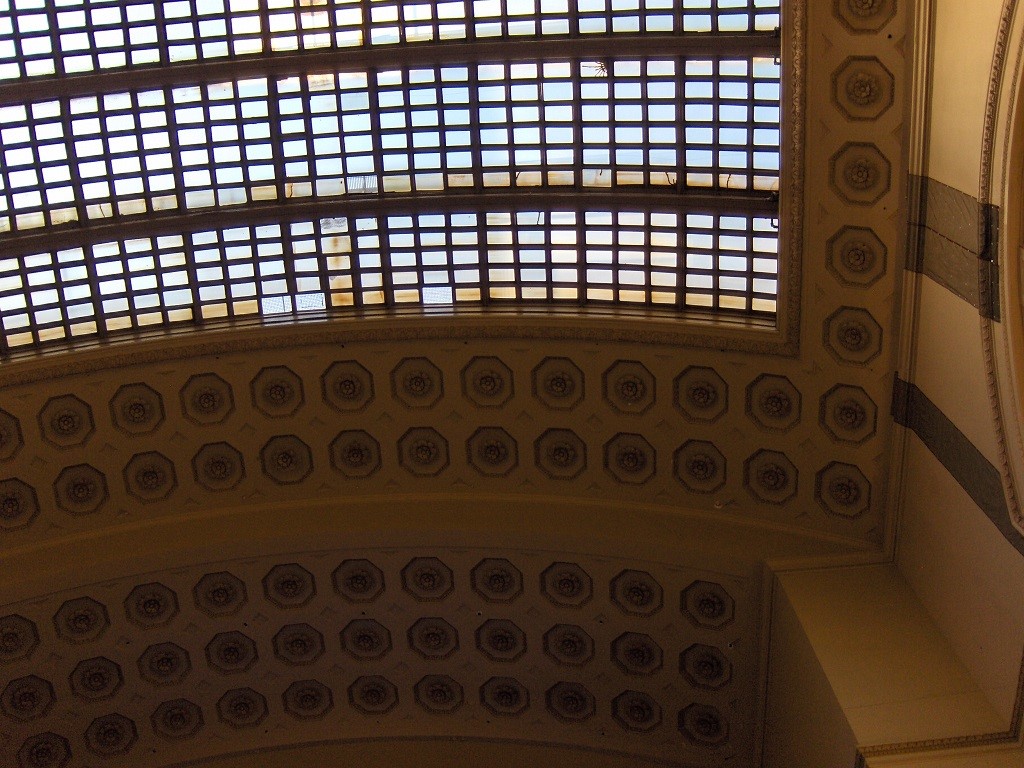 For years the skylights have leaked and destroyed the plaster on the walls. A complete new skylight system will be built over the original opening with hopes of finally eliminating the long-term leaks. 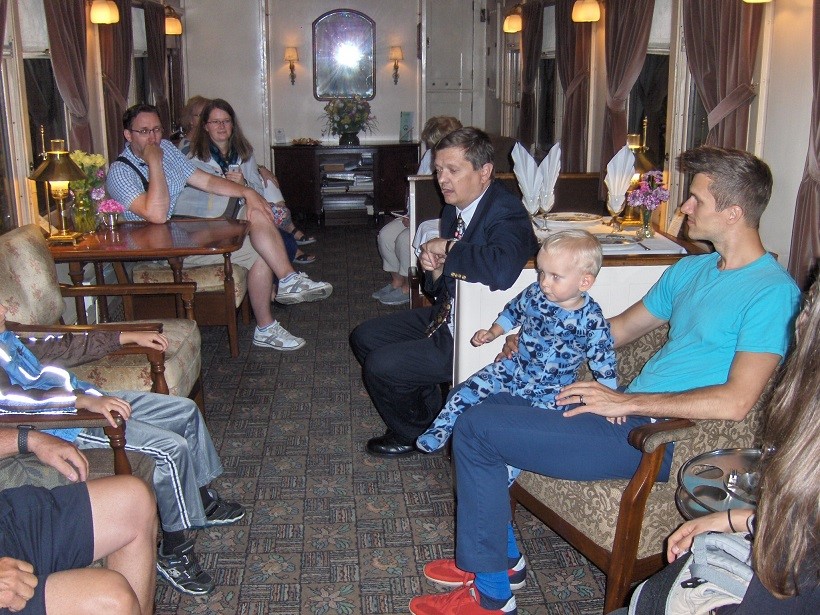 In Chicago we had relatives visit before the train departed. They were able to sample the hospitality of the Dover Harbor and get the history of the car from Chief Mechanical Officer, Jim Lilly. 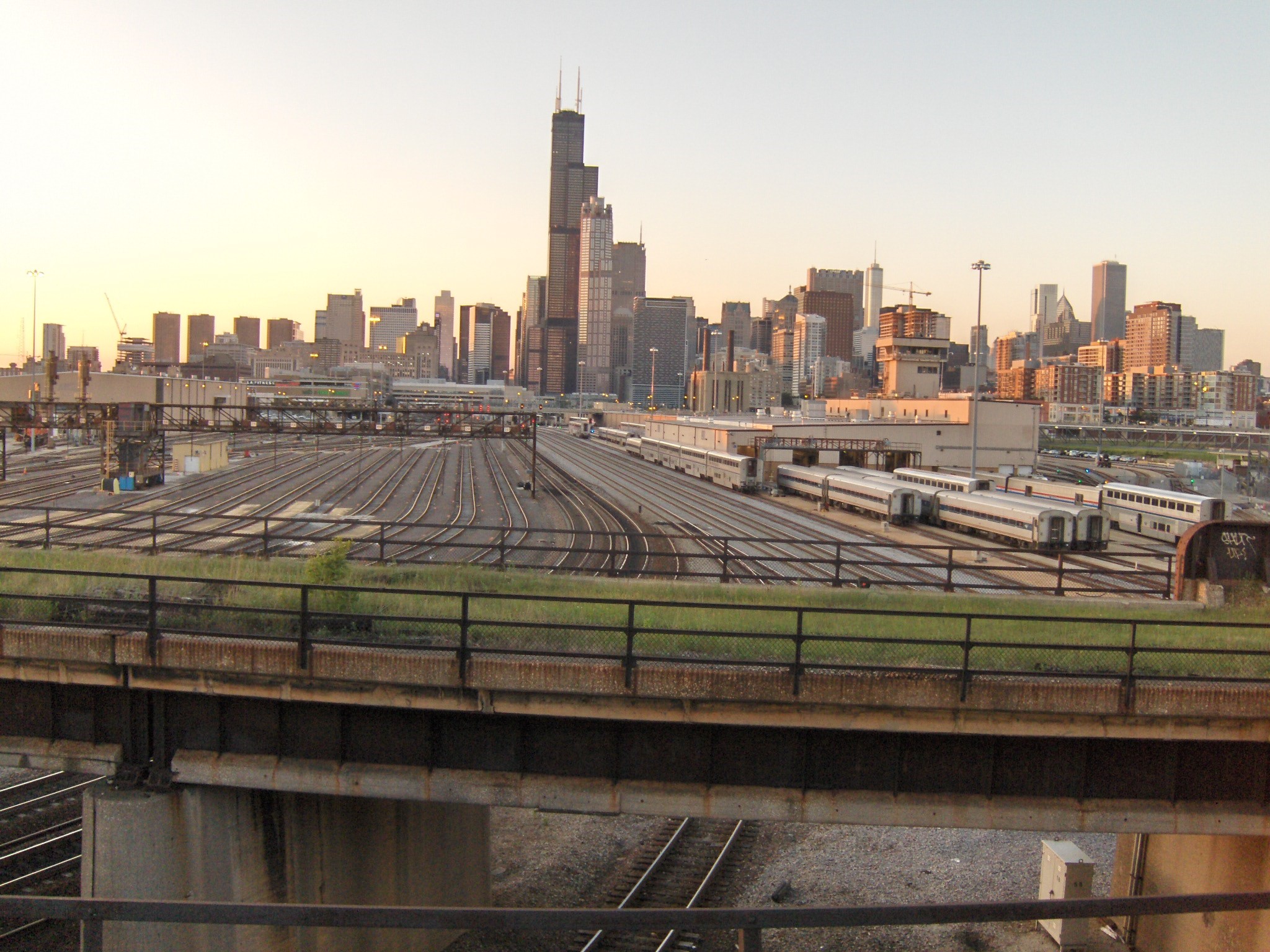 This is the going away shot of the station from the vestibule of the City of New Orleans. Notice the grass growing on the overpass where trains once rain. We will continue our trip in Part 2 of this series as we head to New Orleans and finally return to Washington!