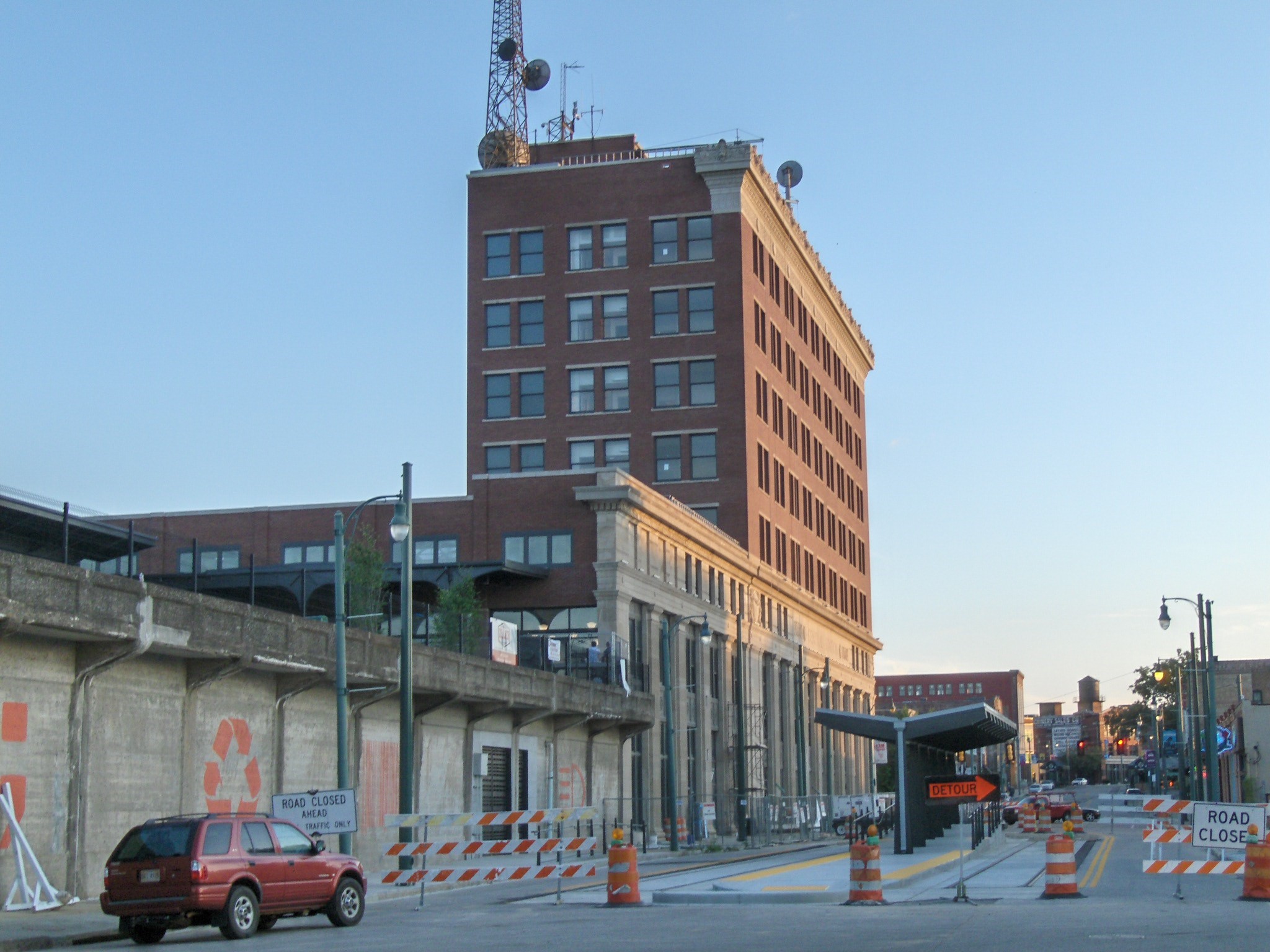 Our cross-country trip began here in Memphis, Tennessee at Central Station in downtown. Since we started at night, I had to take this picture in the daytime so you could see what is being done to a 105-year-old Illinois Central depot and office building. Local businesses are putting $55 million into the project to turn the station into apartments and a luxury hotel with retail shops. Also, in the picture is the beginning of the trolley station that will connect with the rest of the trolley system on Main Street. 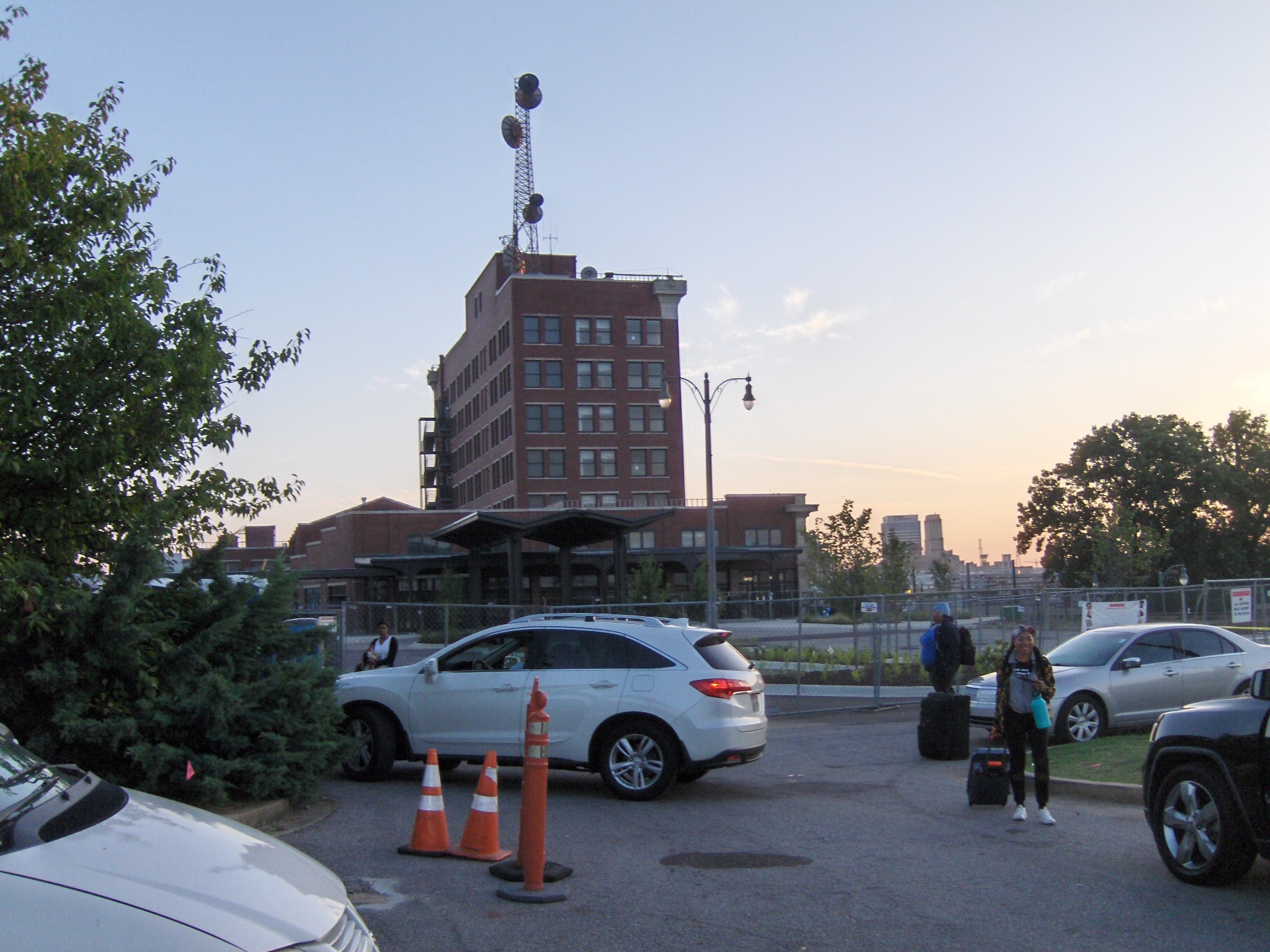 Here is another daylight picture showing the construction work. The fenced in area used to be a series of stub end tracks for the trains. There is a very convenient free parking lot here for Amtrak customers. 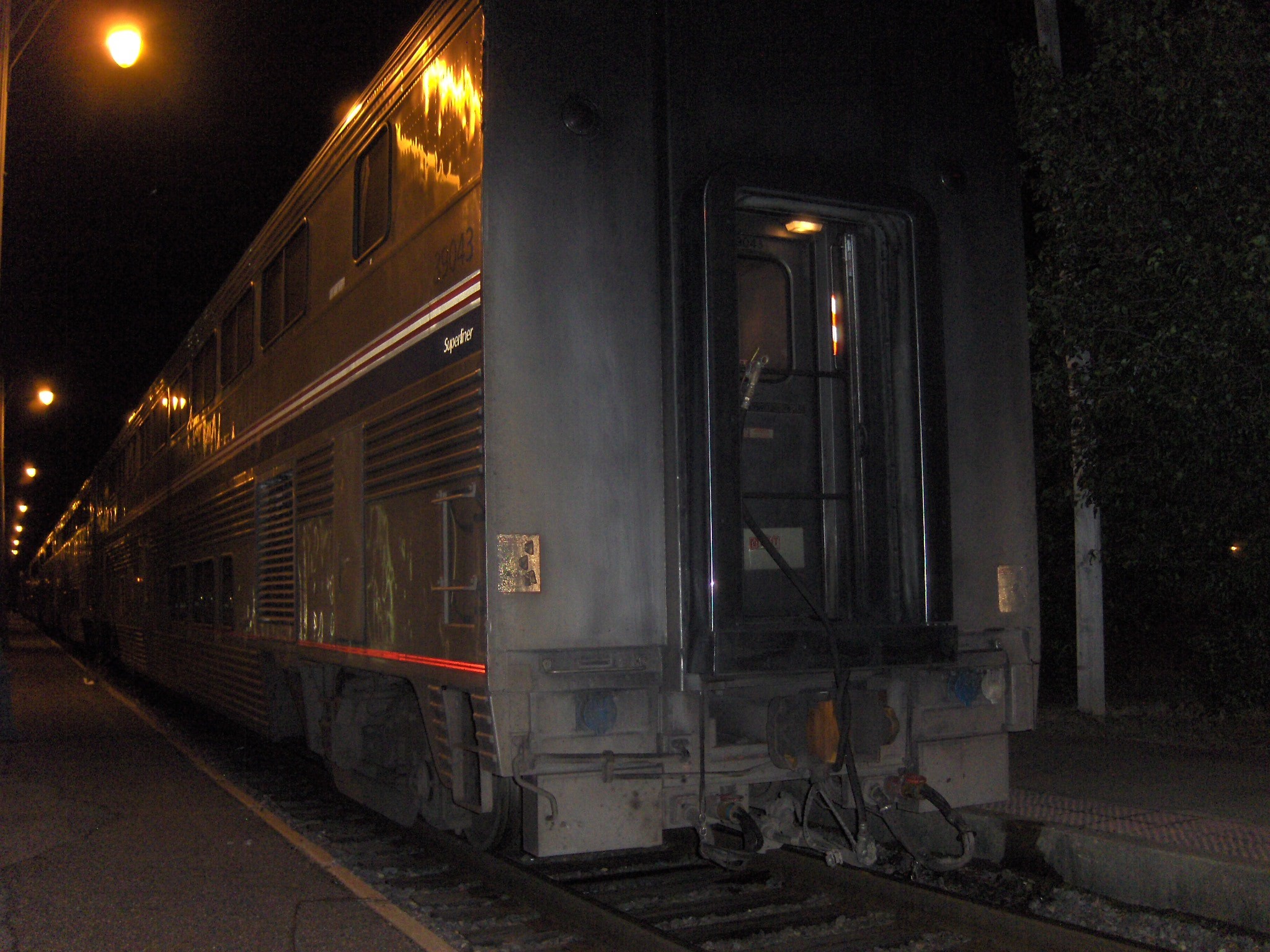 Now this is night time on the City of New Orleans. The northbound City has been in Memphis all day because storms and a hurricane caused the severing of the route to New Orleans. So, the train for a few days was only running between Chicago and Memphis. This caused a lot of confusion and problems for travelers farther south, who did not get the word that only bus service connected with the City in Memphis. 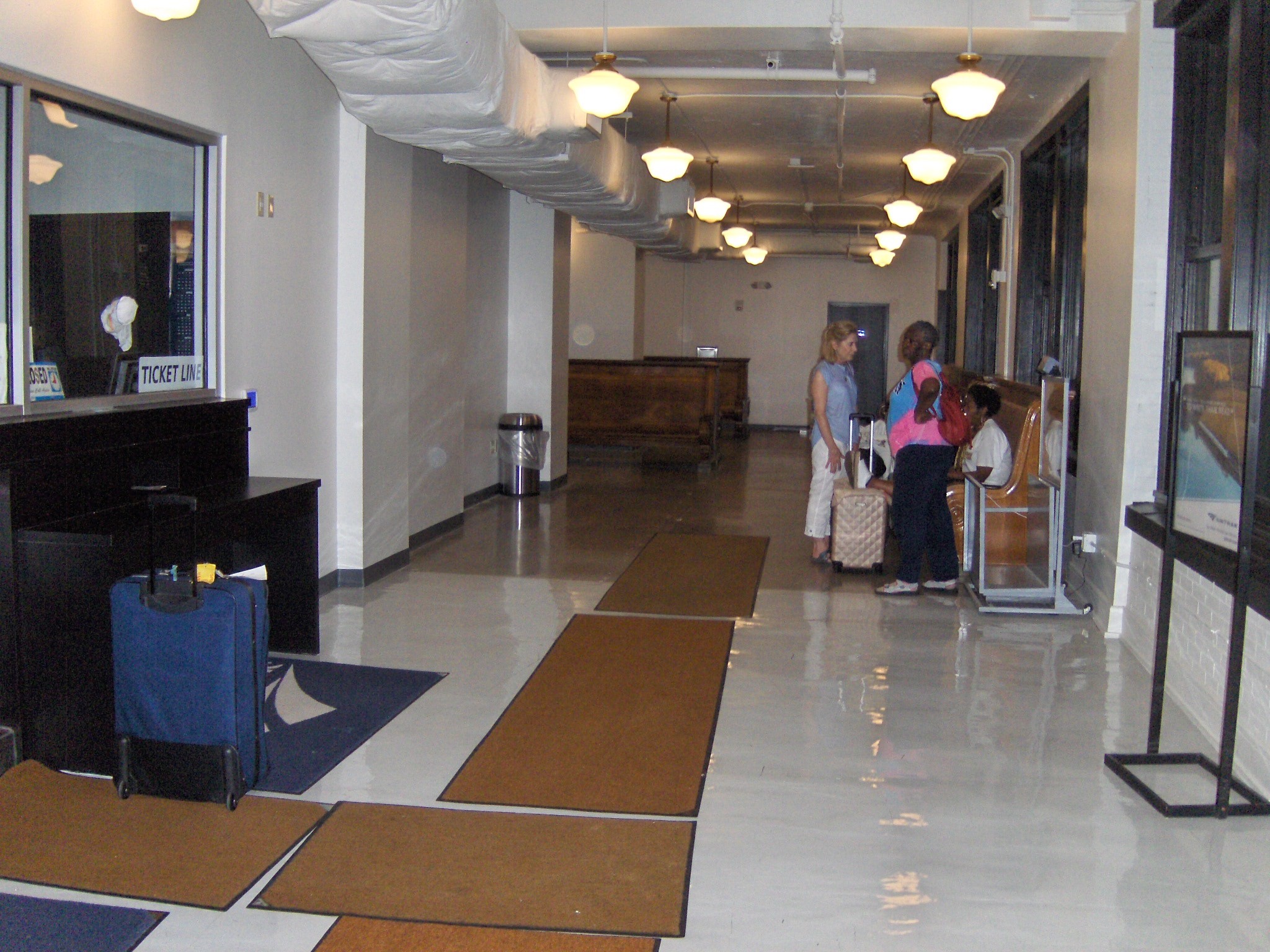 The Amtrak waiting room is not up to par because of all the construction. Amtrak’s regular waiting area is closed off and passengers have to make do with this facility. But when the reconstruction is completed the waiting area will once again be inside the beautifully appointed Central Station. 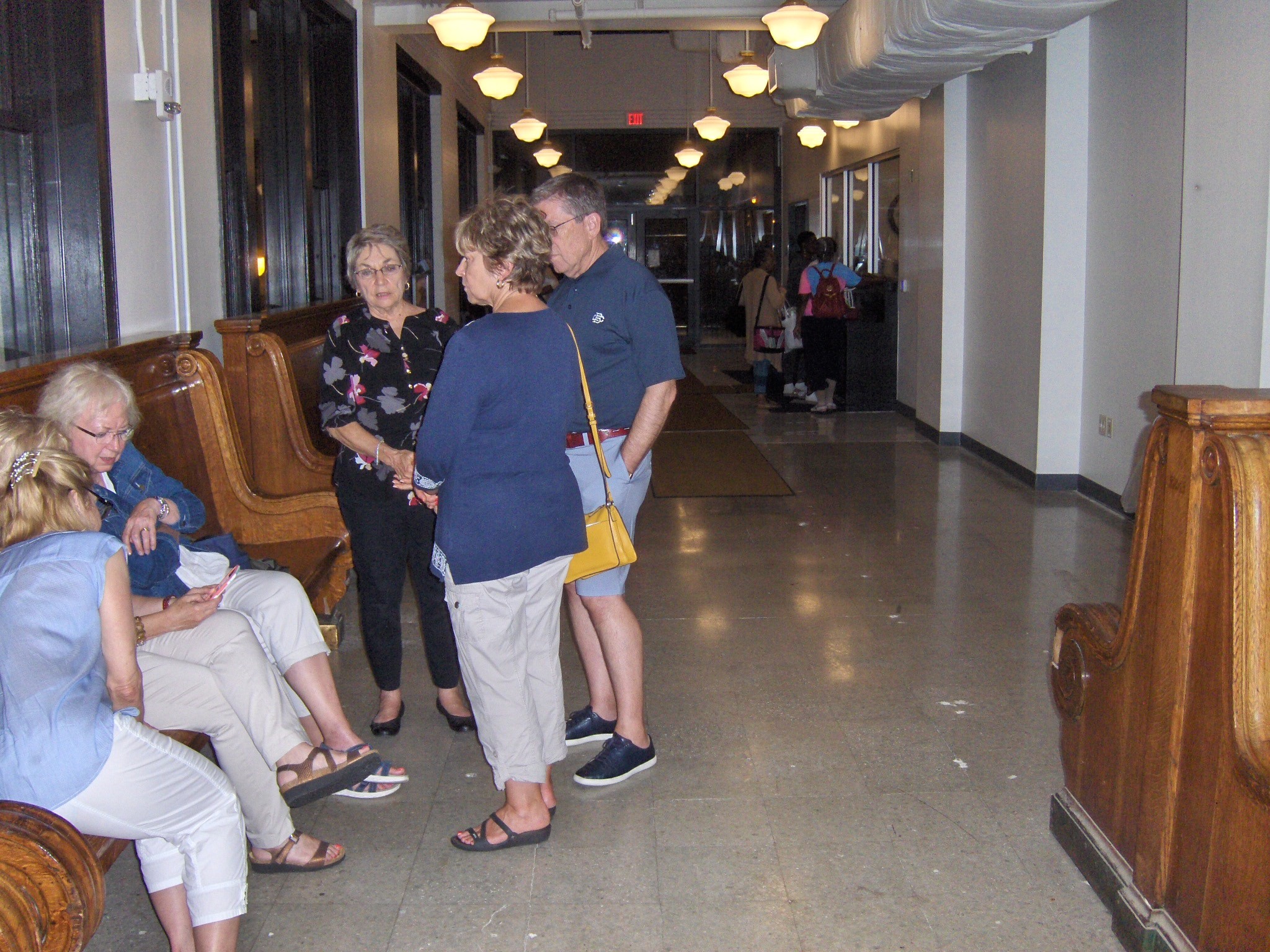 Perhaps the best thing about the waiting area is the antique station benches. They are simply gorgeous! Some of the passengers who did not get the word about the truncated service had their reservations canceled, and had to argue with the less than helpful Amtrak clerk. But eventually they persuaded somebody somehow to allow them on the less than full train (even though the clerk had said the train was full!) 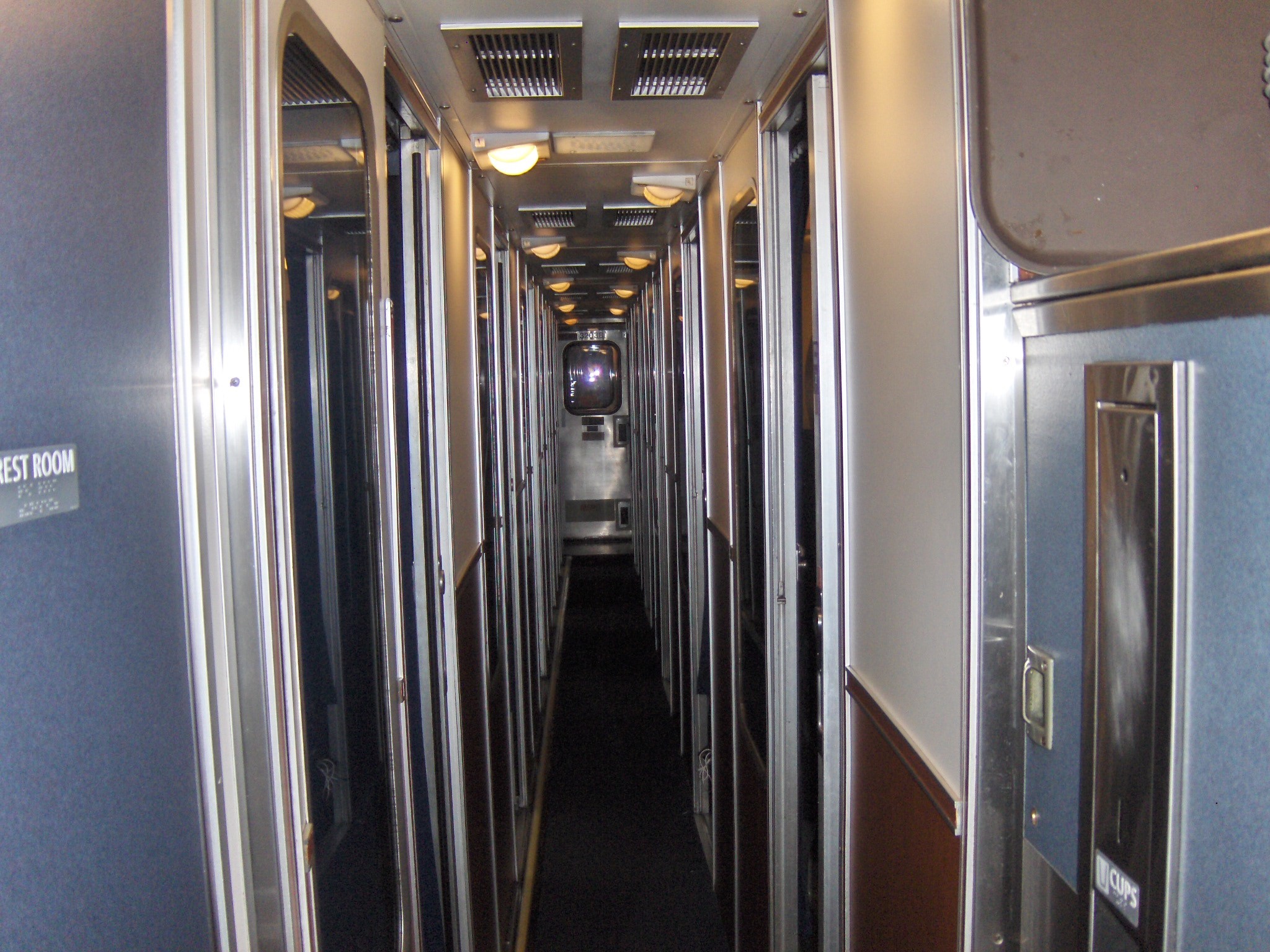 Here we are inside the roomette section of the sleeping car. There was only one sleeper on this train with the rest being coaches and a diner and lounge car. 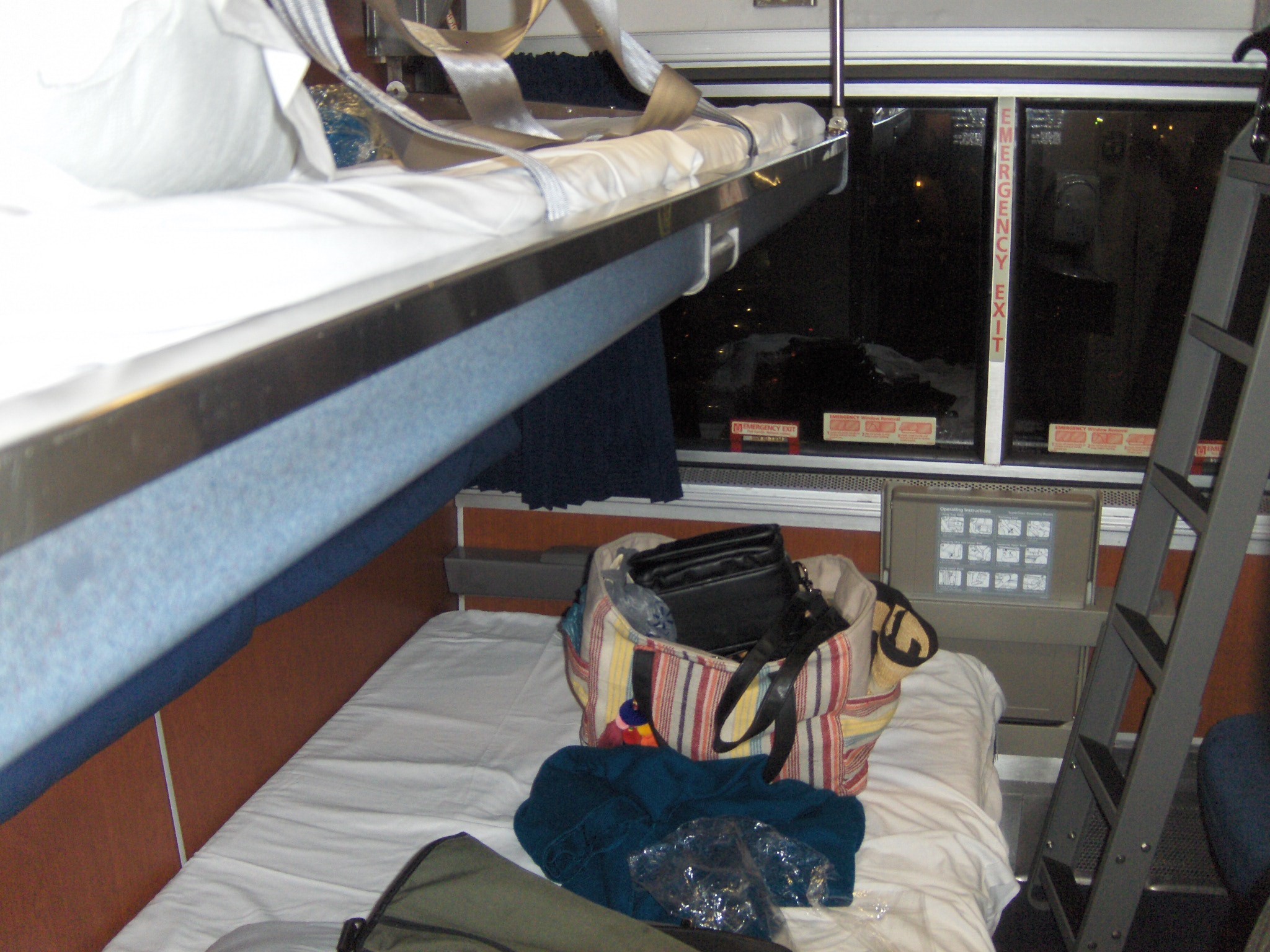 This is our bedroom, already made up for the journey north in the middle of the night. Boy were we tired and ready to get rocked gently to sleep, but the Canadian National track here is anything but smooth. In fact, CN is working after the storms to re-do much of the track work south of Memphis as some of it is flooded. 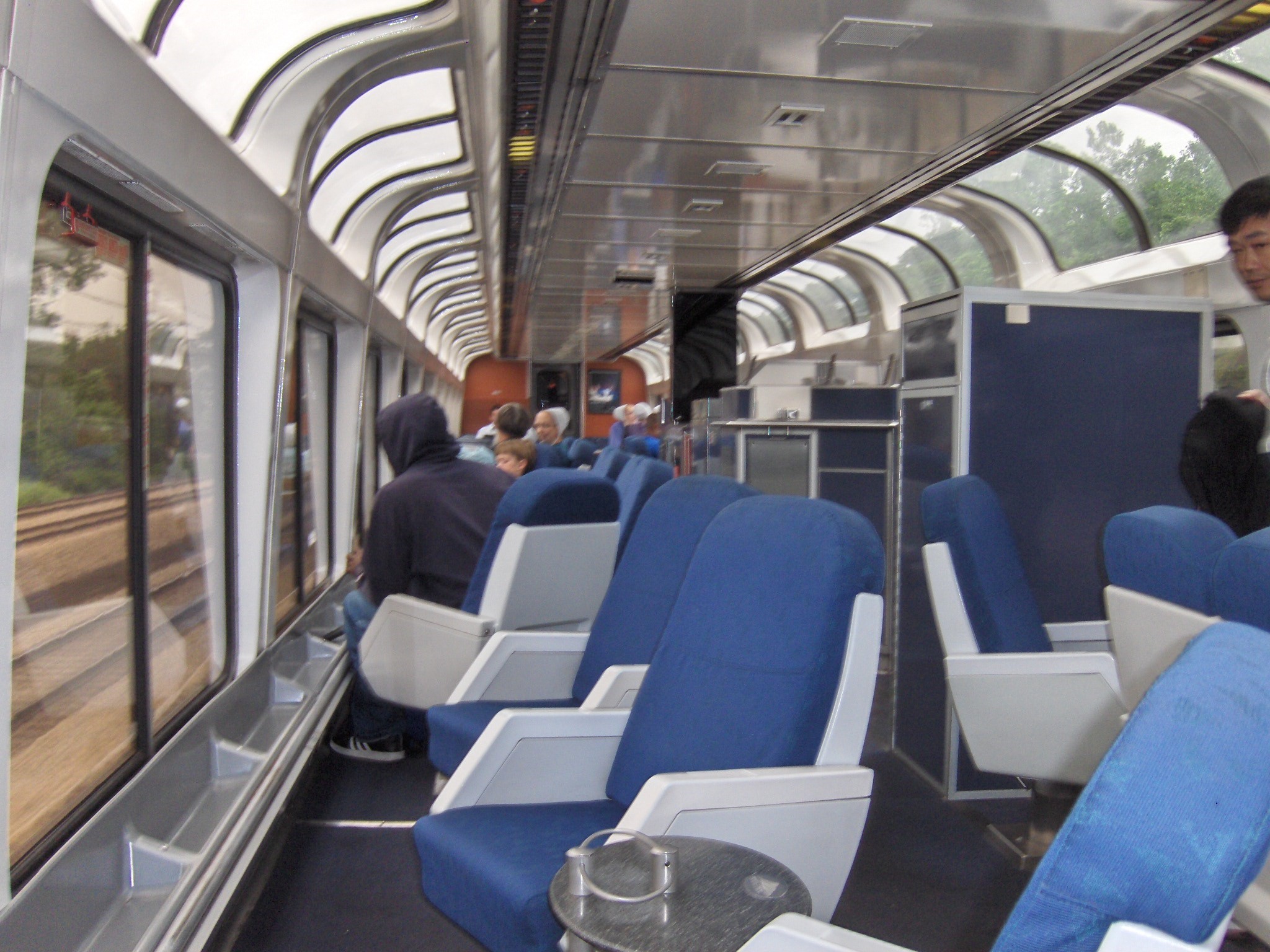 The next morning, I got a shot of the lounge/observation car coming into Chicago. 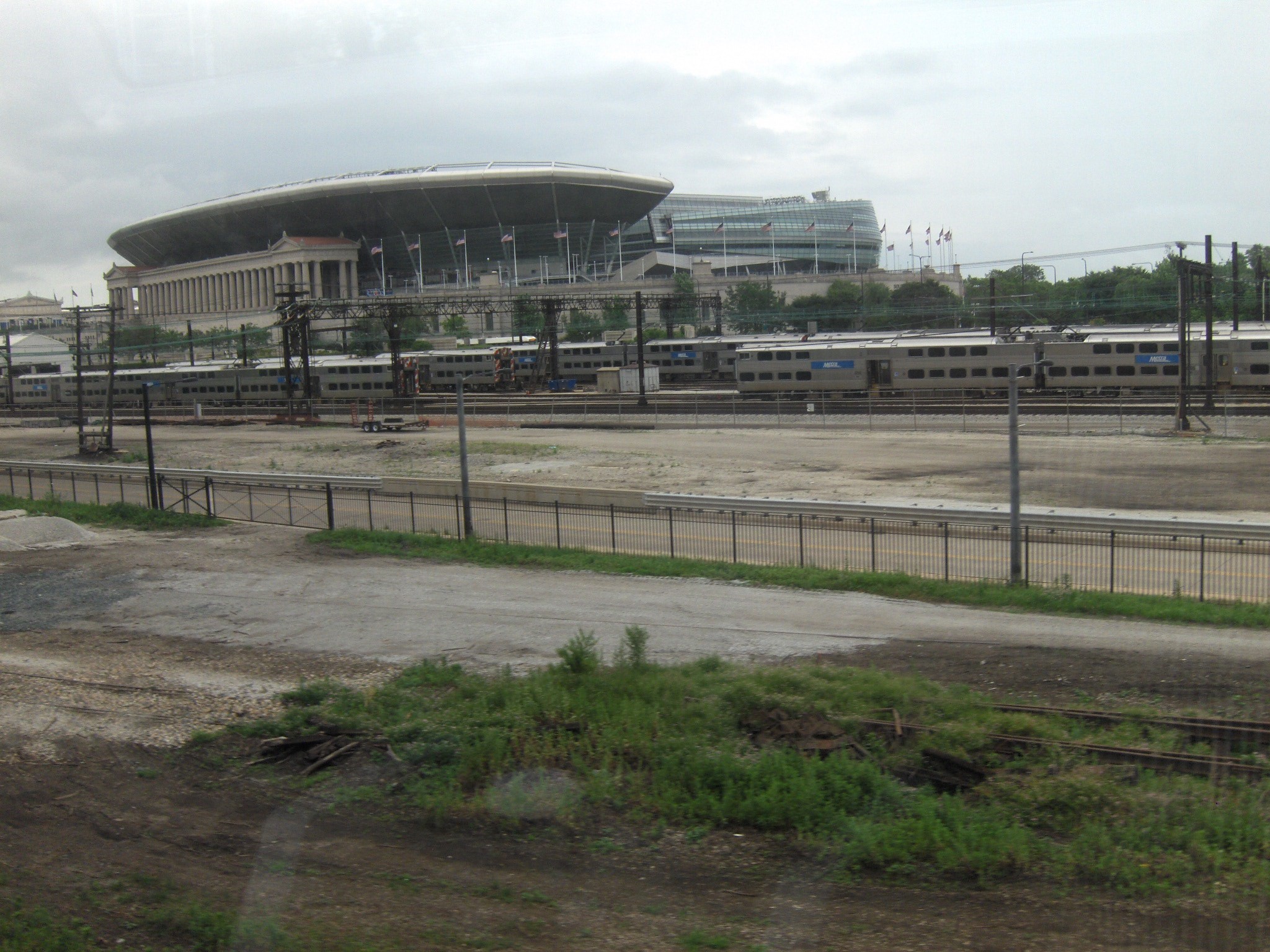 This is the coach yard in Chicago on the outskirts of Union Station. 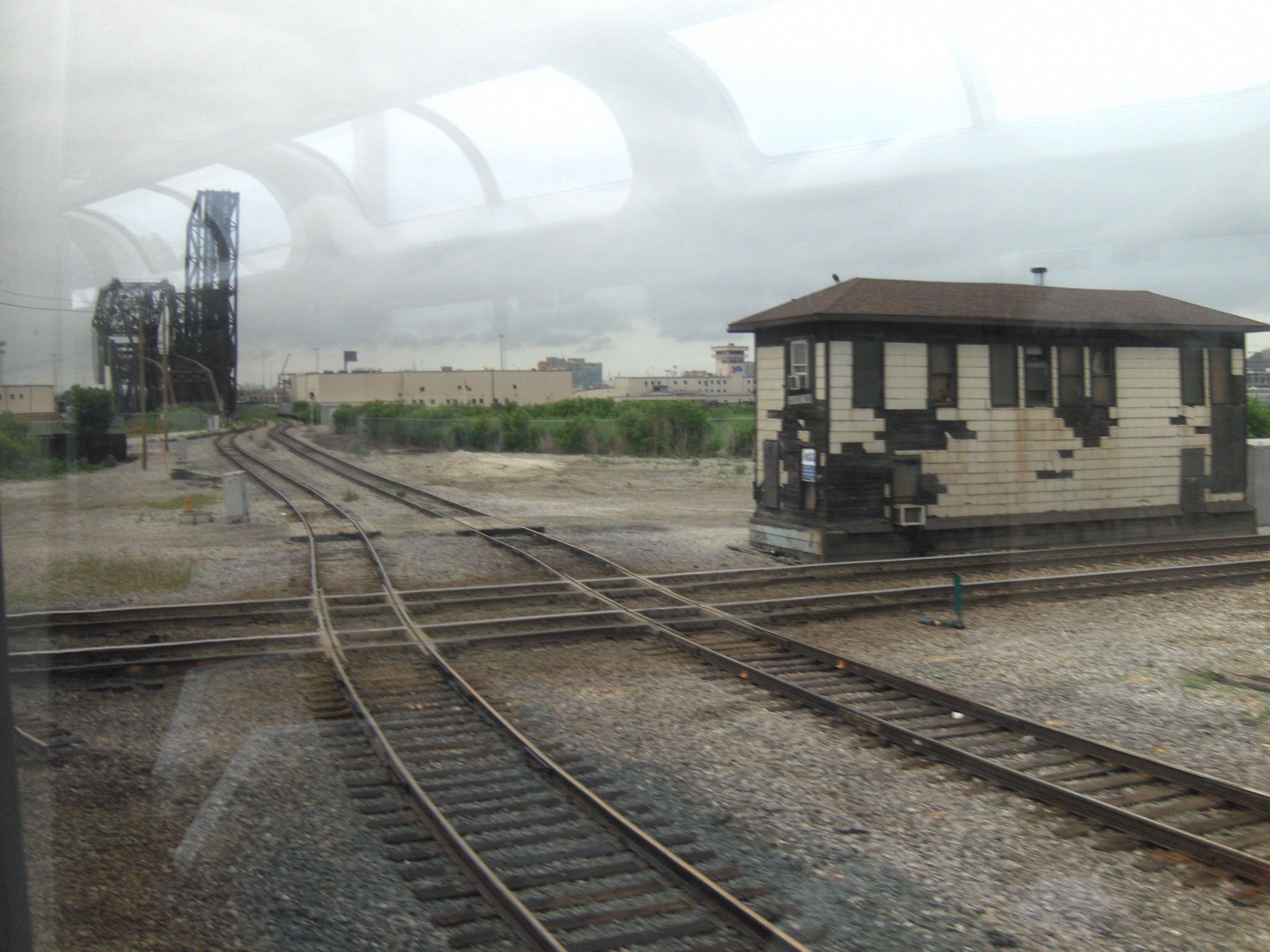 Unfortunately, I had to take many pictures from inside the train. But this is really neat…a double crossing with a tower on the right and a bascule bridge in back. 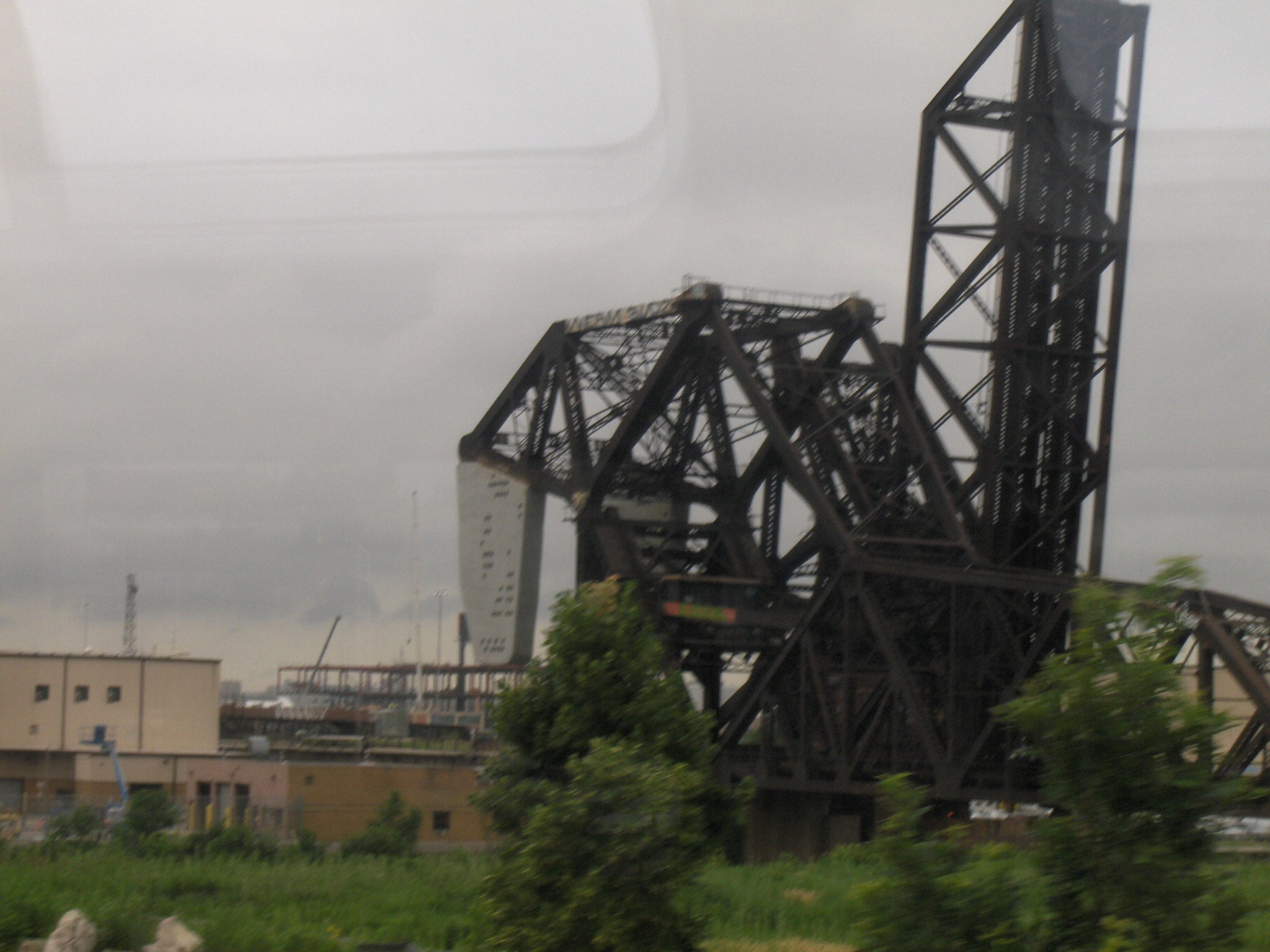 Here is a better shot of the bridge. Chicago is famous not only for its skyscrapers but for its many beautiful bridges of all types. 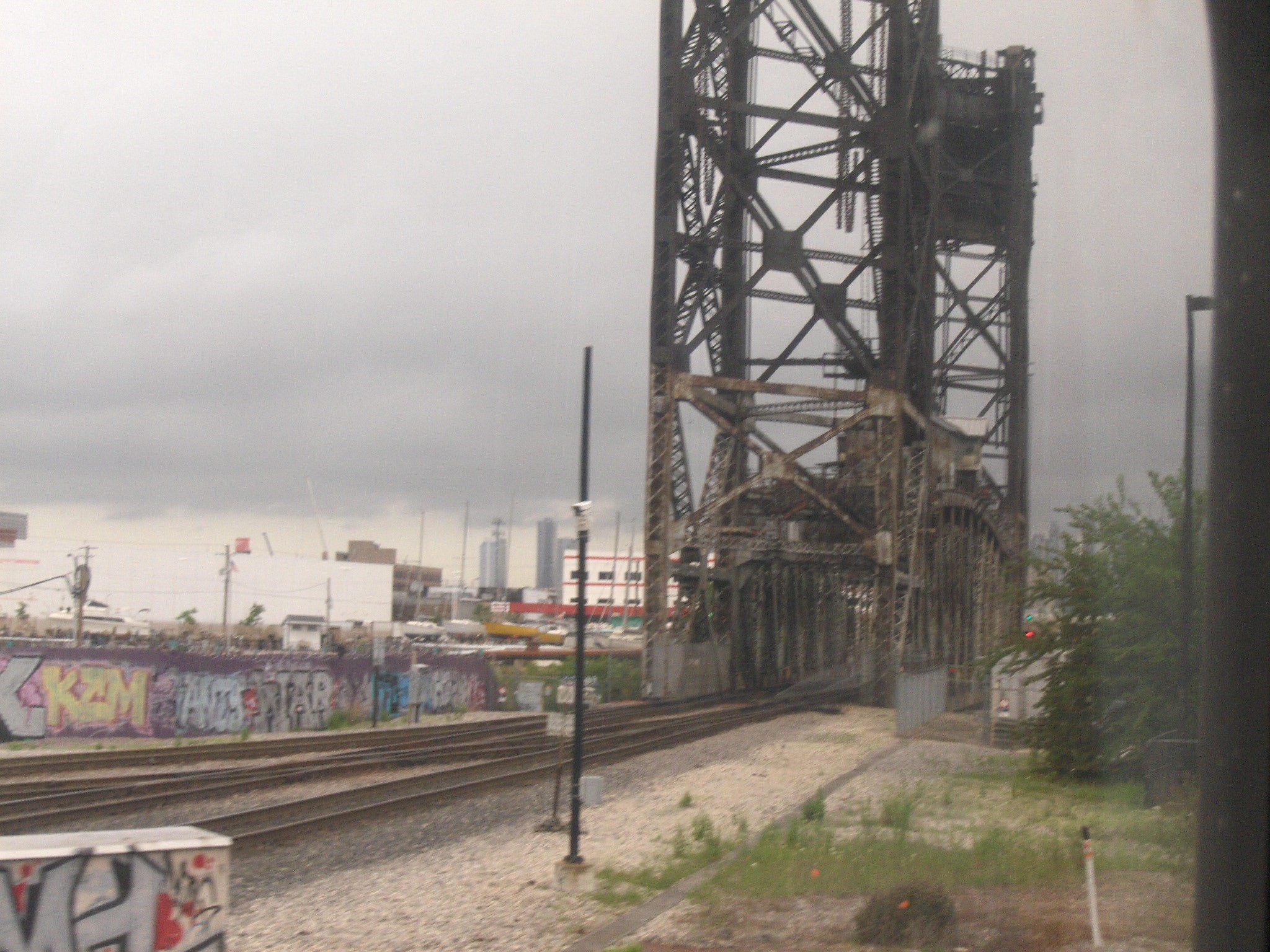 One more shot of the bridge in raised position right next to the truss bridge that the City used. 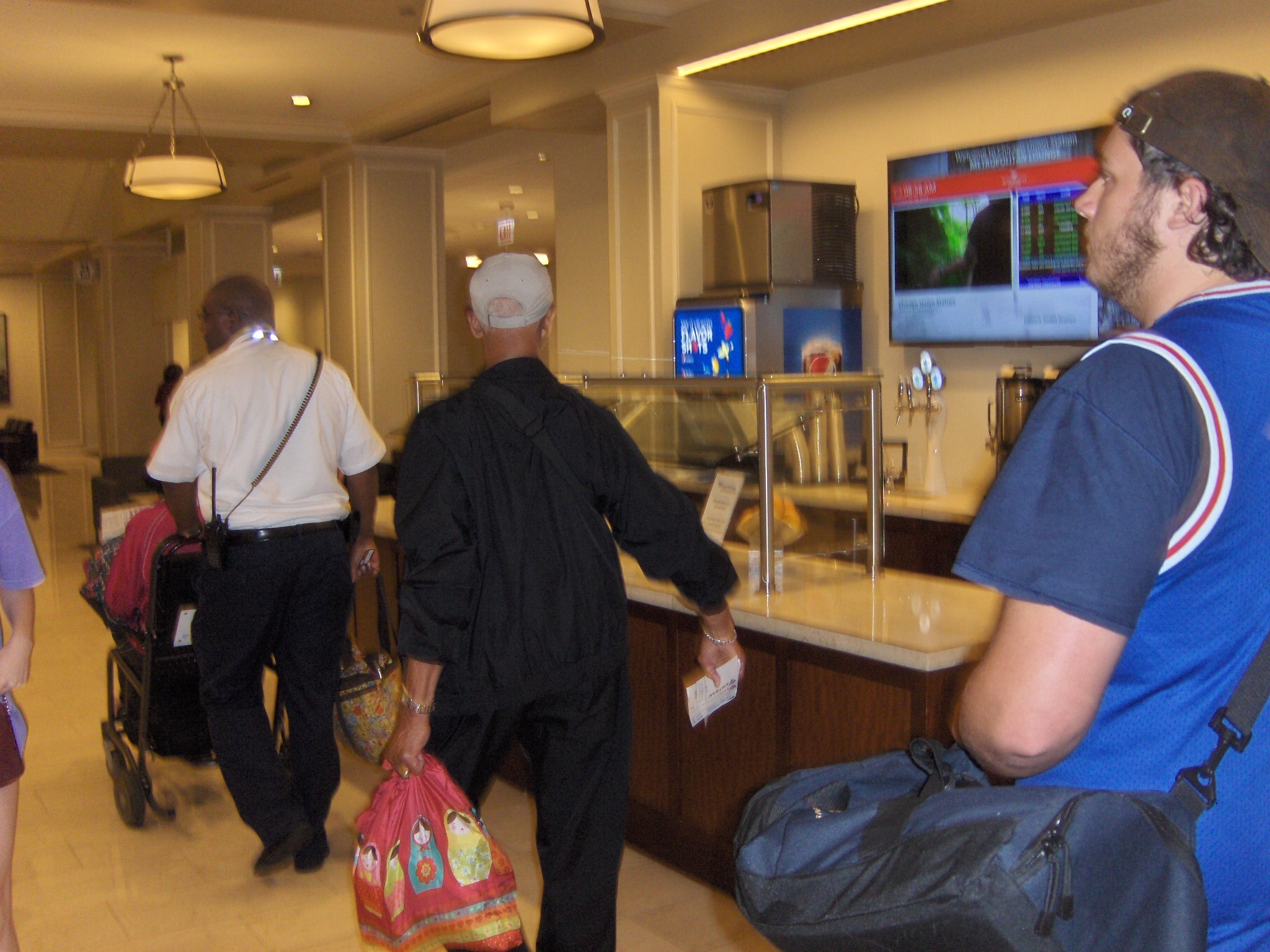 Passengers from the sleepers fill the Metropolitan Lounge. Here a free selection of soft drinks and delicious coffee are offered plus a few vegetable snacks later in the day. 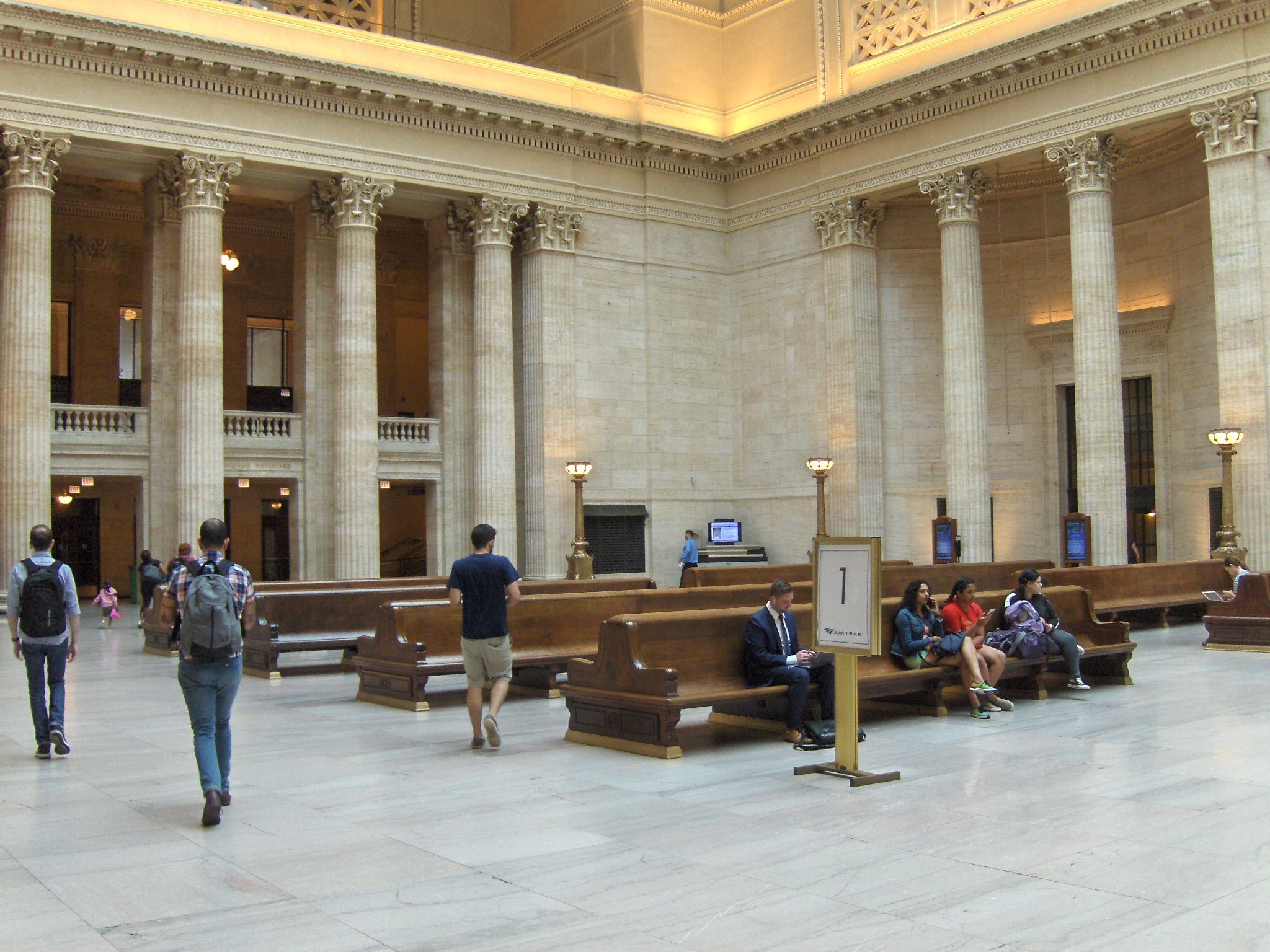 The interior of Union Station hearkens back to a magnificent time in rail travel. Over the last 2 years the ceiling of the main waiting area has been patched and the facility is once again glorious. 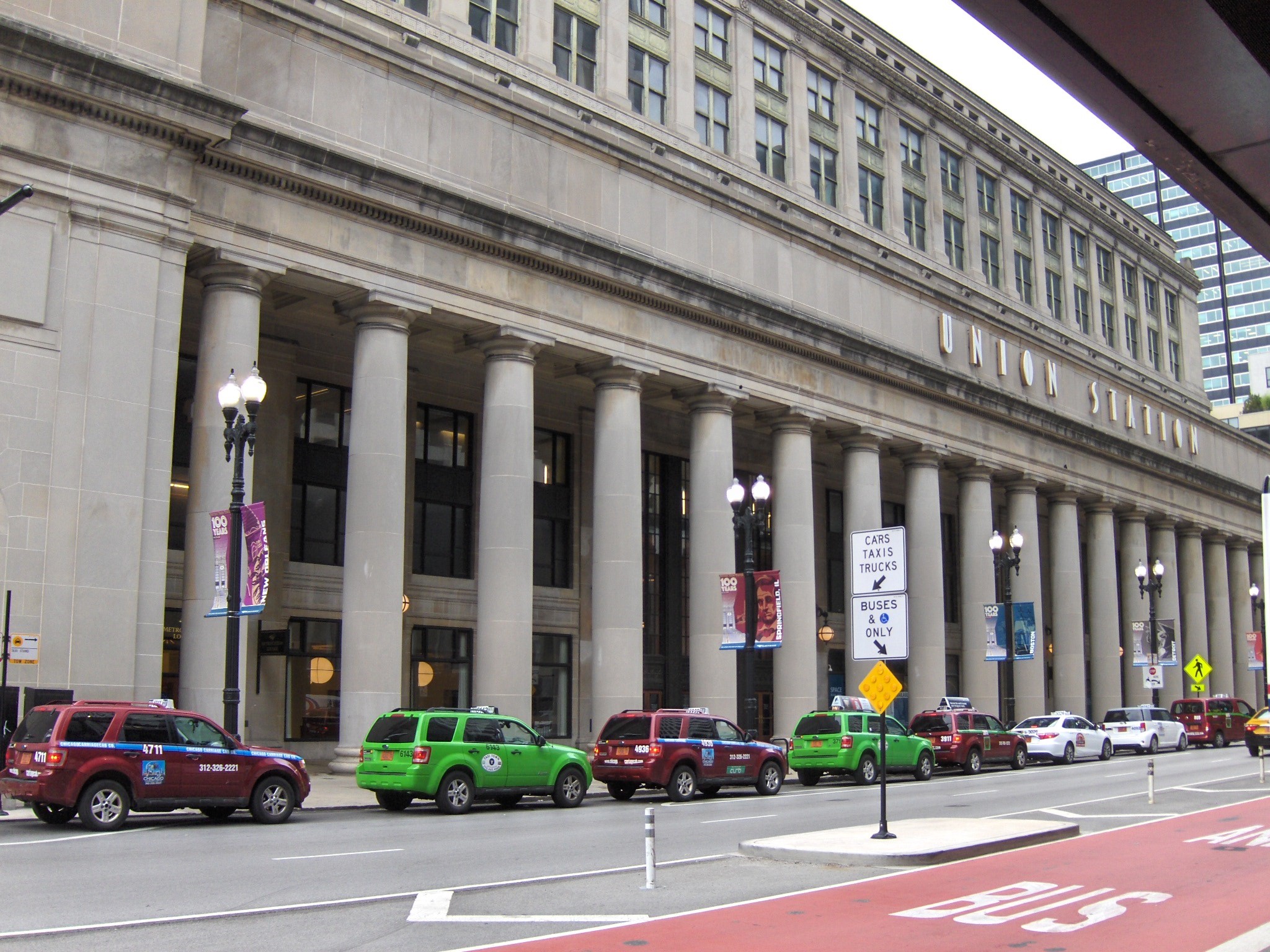 Union Station is one of the great architectural achievements of the railroad age. Built in 1925 the station serves Amtrak and all the many commuter trains that work the suburbs of the city. If you are ever in Chicago the station is a must see.

7 Responses to “Riding Amtrak on the City of New Orleans Pt. 1”