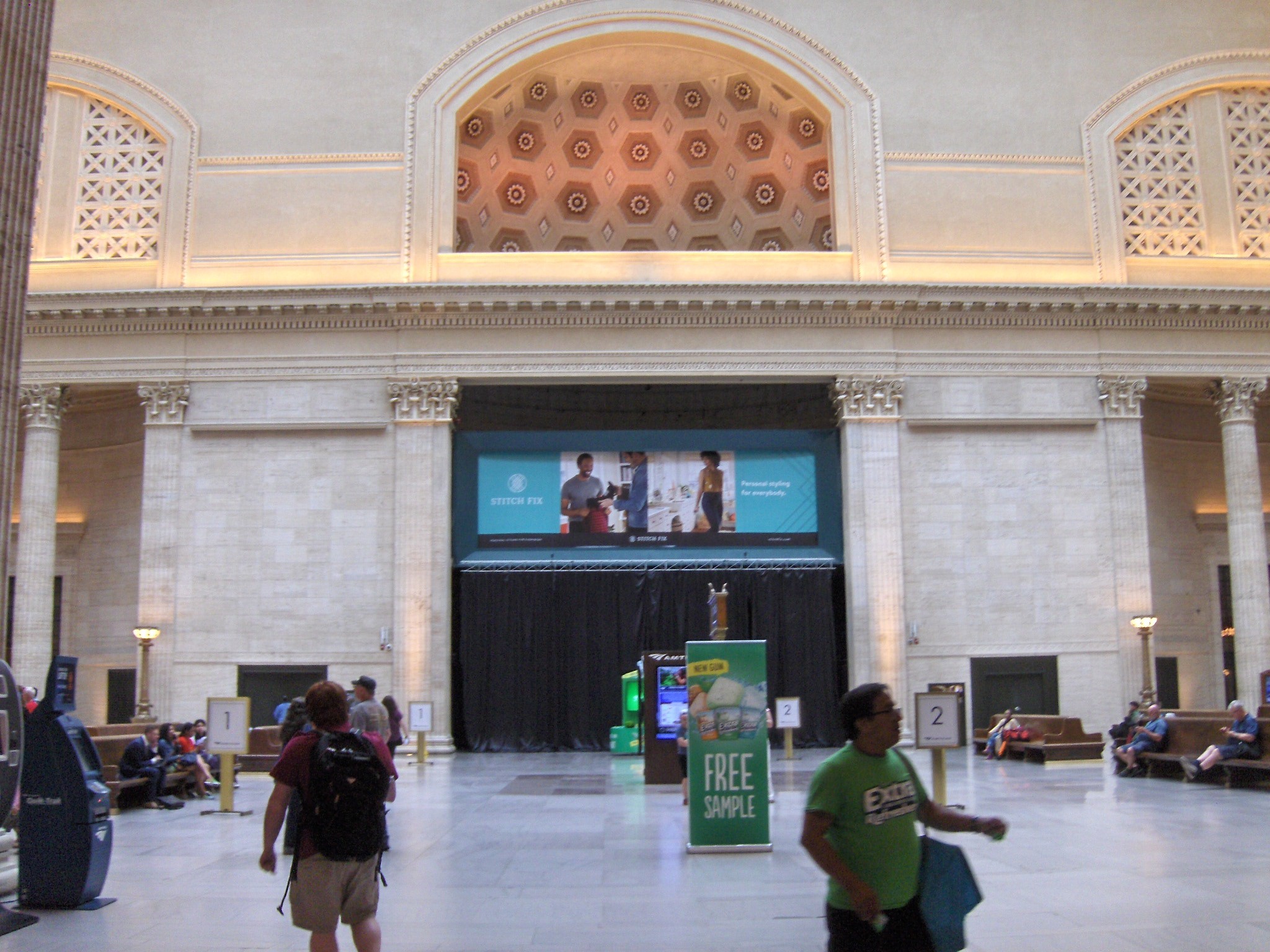 We board the Amtrak Empire Builder at Chicago’s Union Station which is the hub for all public rail in Chicagoland. We will be on this train for 2 nights and 3 days for the 2200-mile journey. 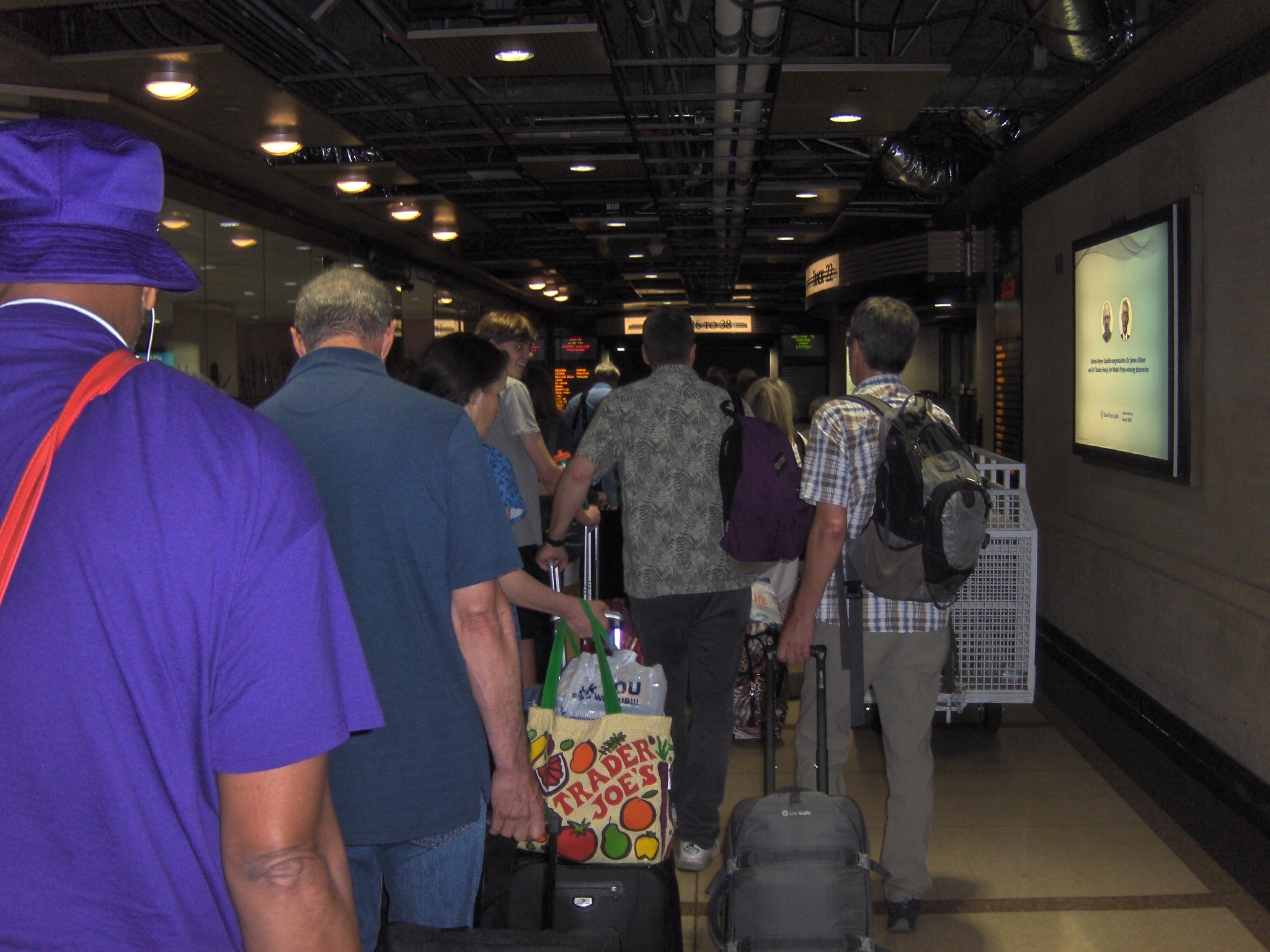 It’s mid-afternoon when we follow the other sleeping car passengers from the Metropolitan Lounge to our track. It’s hard to describe how much fun we had riding the trains across the country. 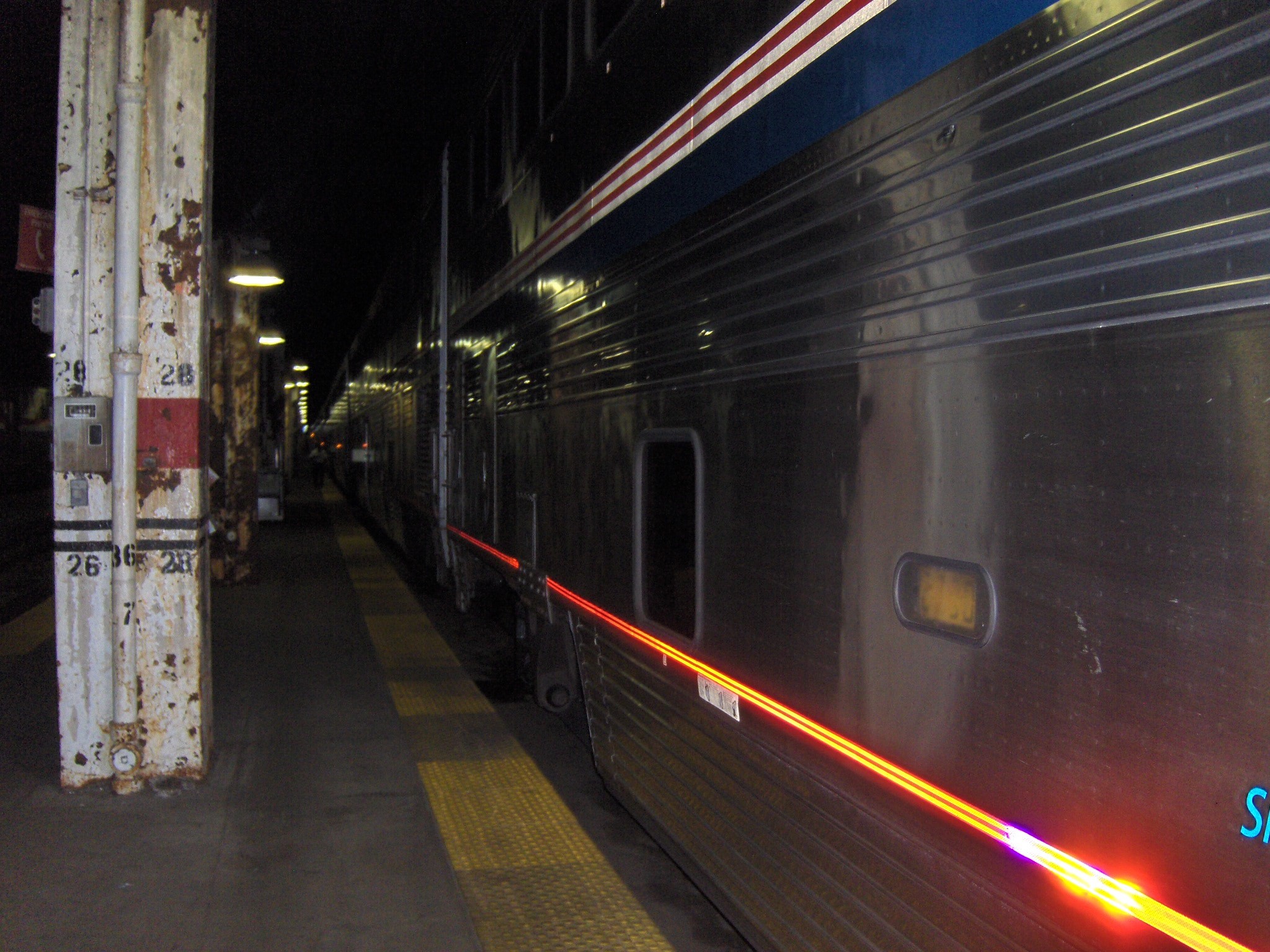 From this shot, you might think its night time in the caverns below Union Station where the trains arrive and depart. 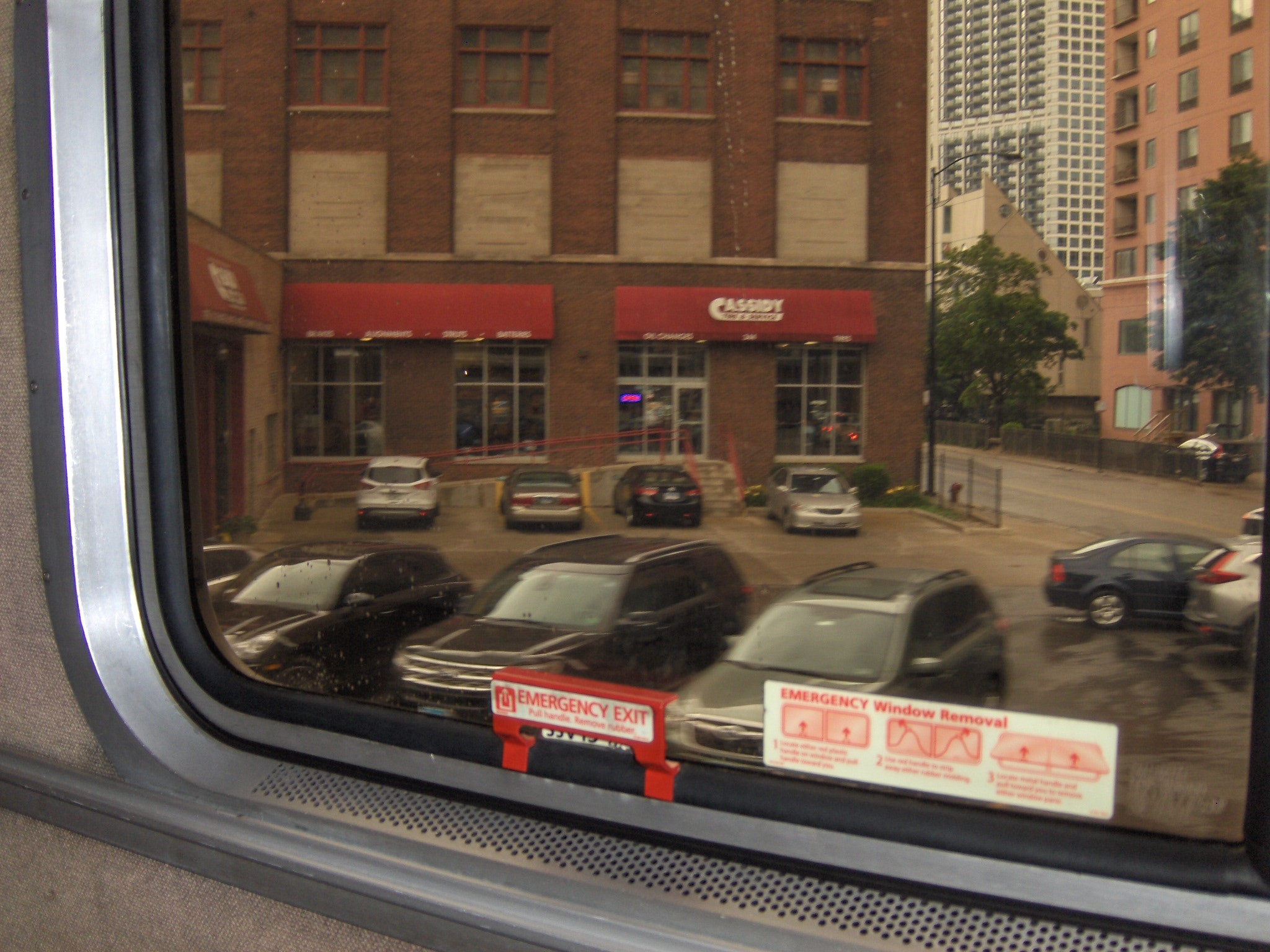 I have to shoot out of the car windows as we pass through downtown Chicago on our way to Milwaukee, Wisconsin. 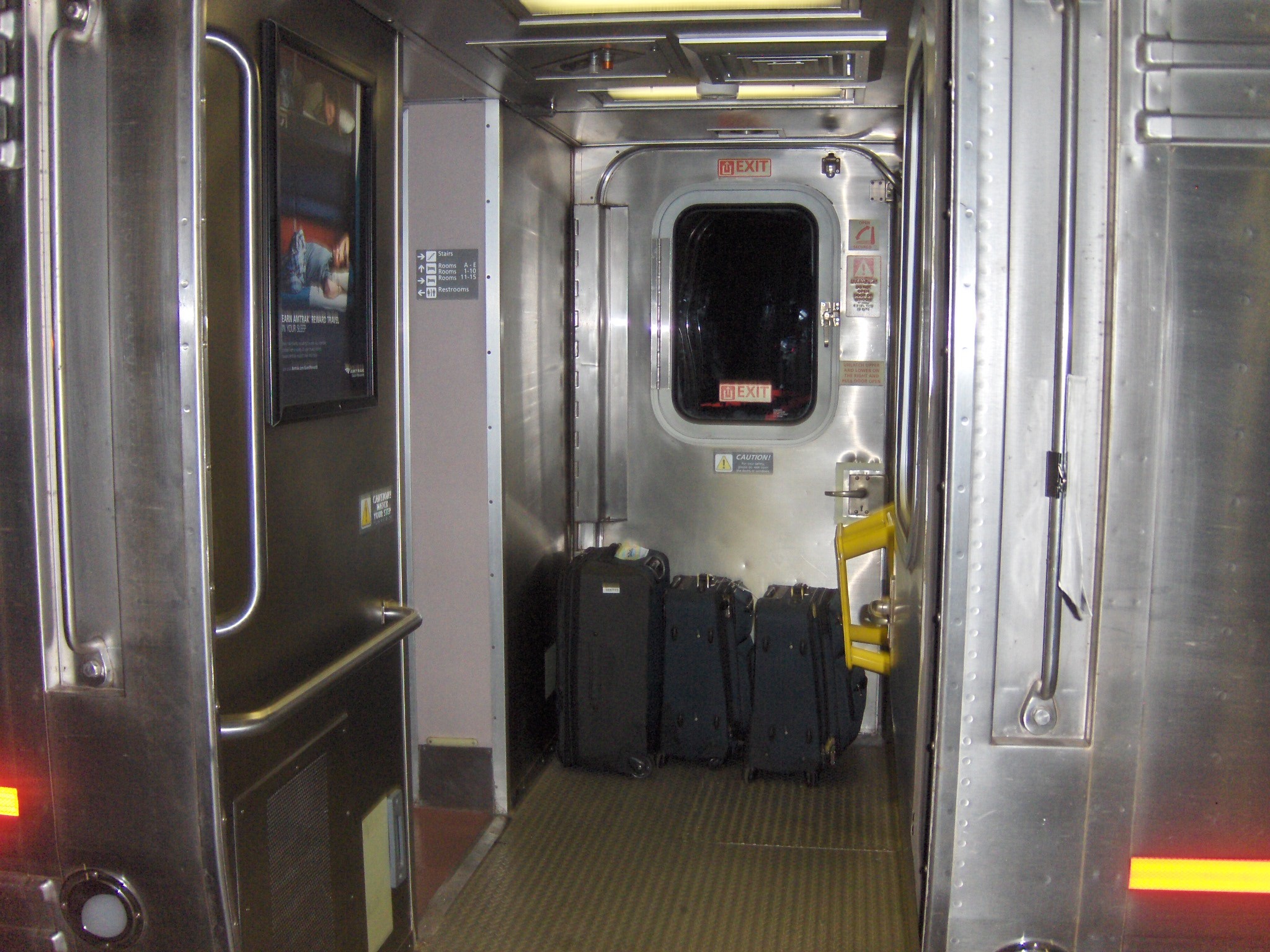 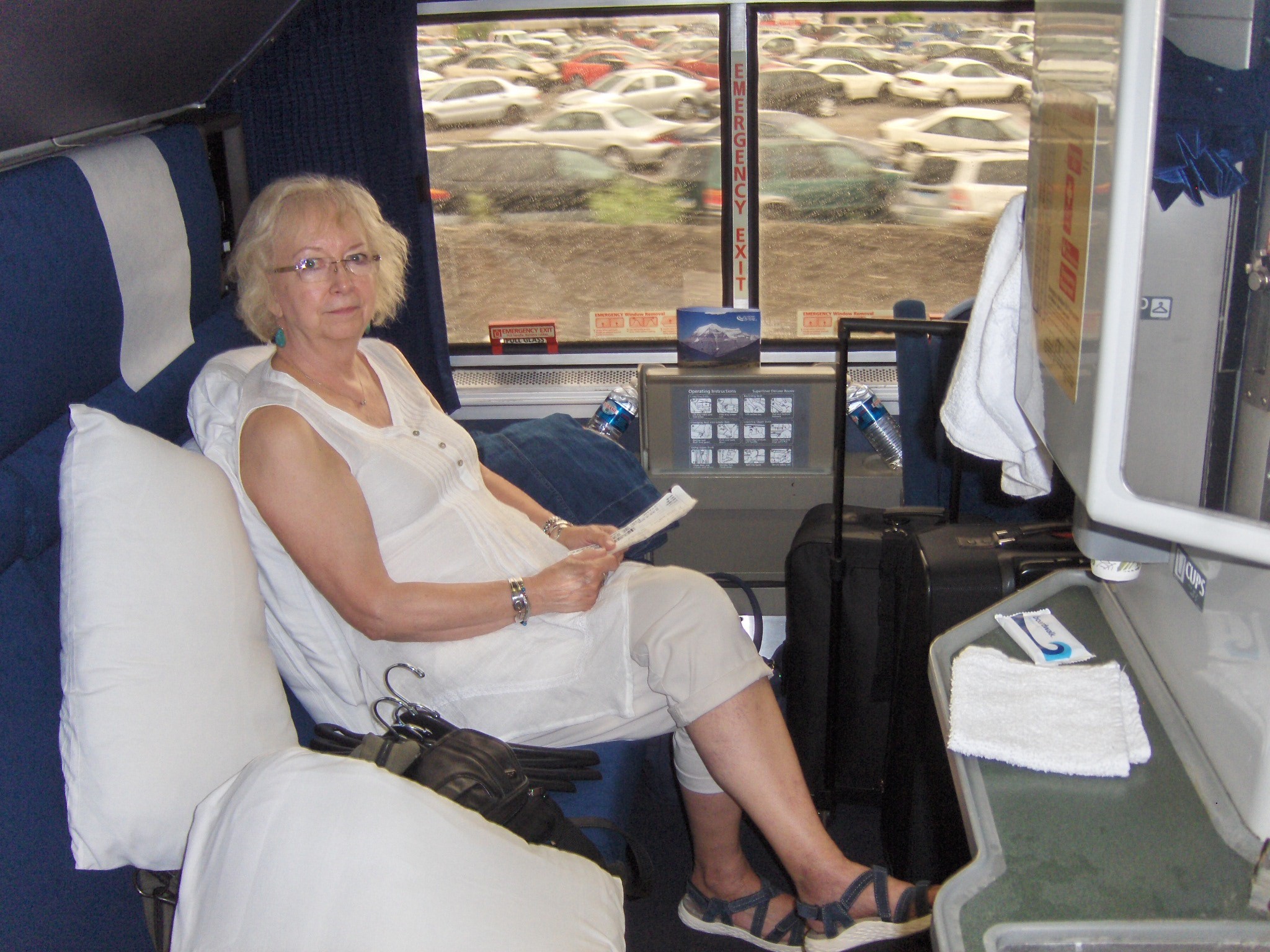 Upstairs is our bedroom and 4 other bedrooms along with some more roomettes. The upper level is the route used to get to all the rest of the cars in the train particularly the dining car where the food was very good. 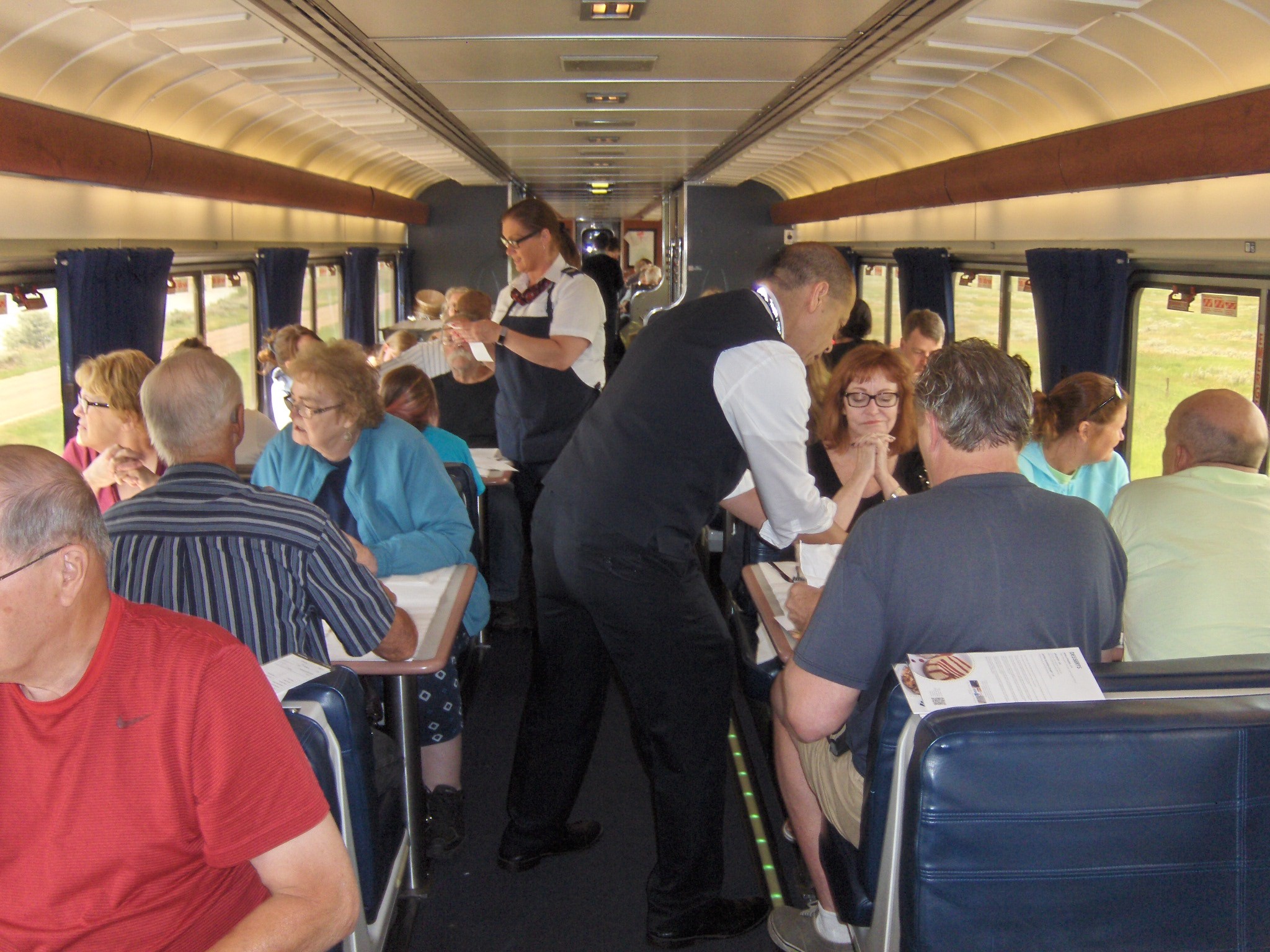 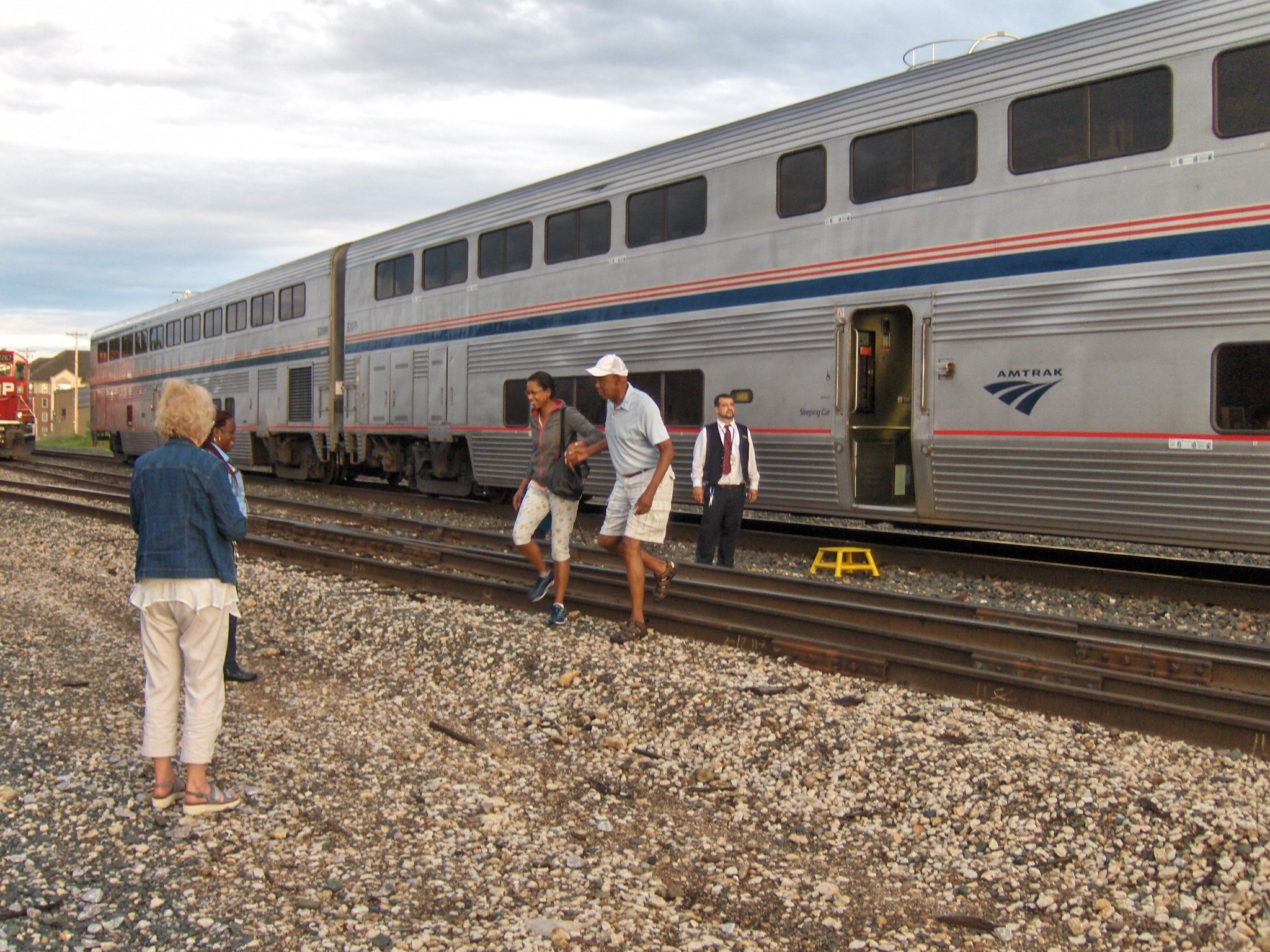 Here is a view of the train from Glenview, Illinois. There were a number of these stops along the way that allowed passengers to get off and stretch their legs while others boarded or de-trained. 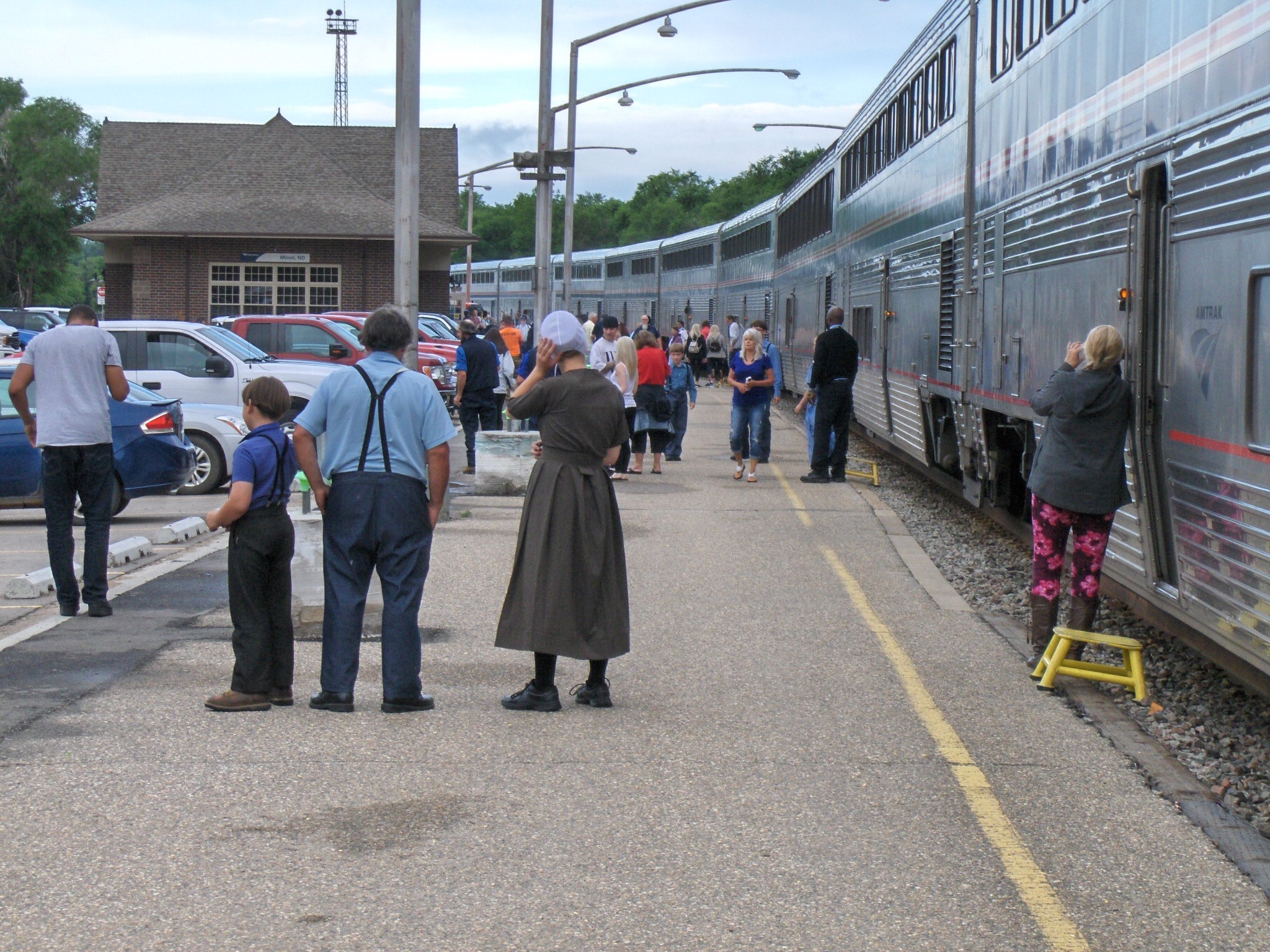 Here the train has stopped in Minot, ND after traveling all night through Wisconsin and Minnesota. This town is home to Minot Air Force Base which houses the Stratofortess B-52s. This town also was home of bootleggers during the years of Prohibition. 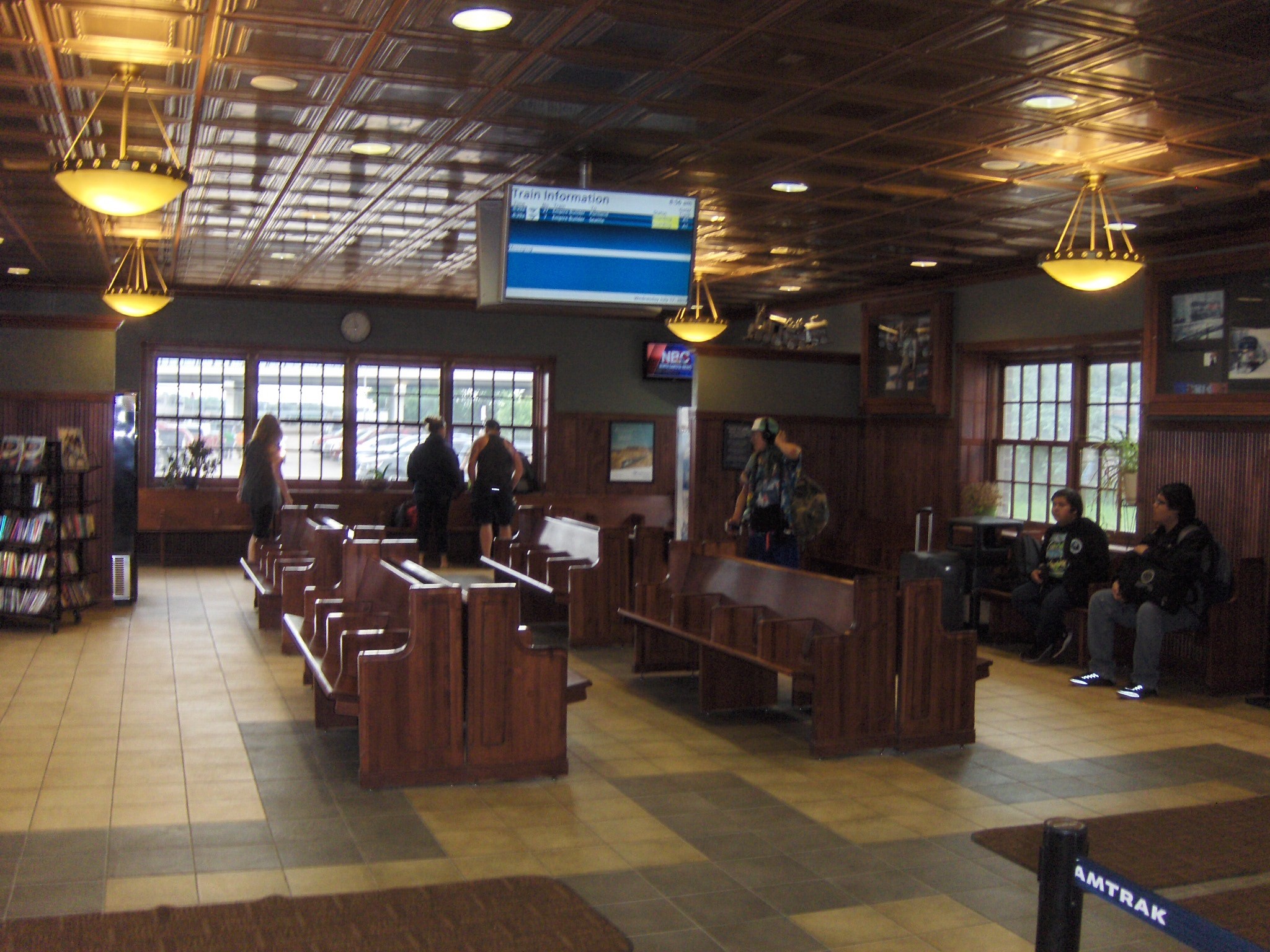 This is a view inside the Minot Amtrak Depot. It seems functional and very attractive 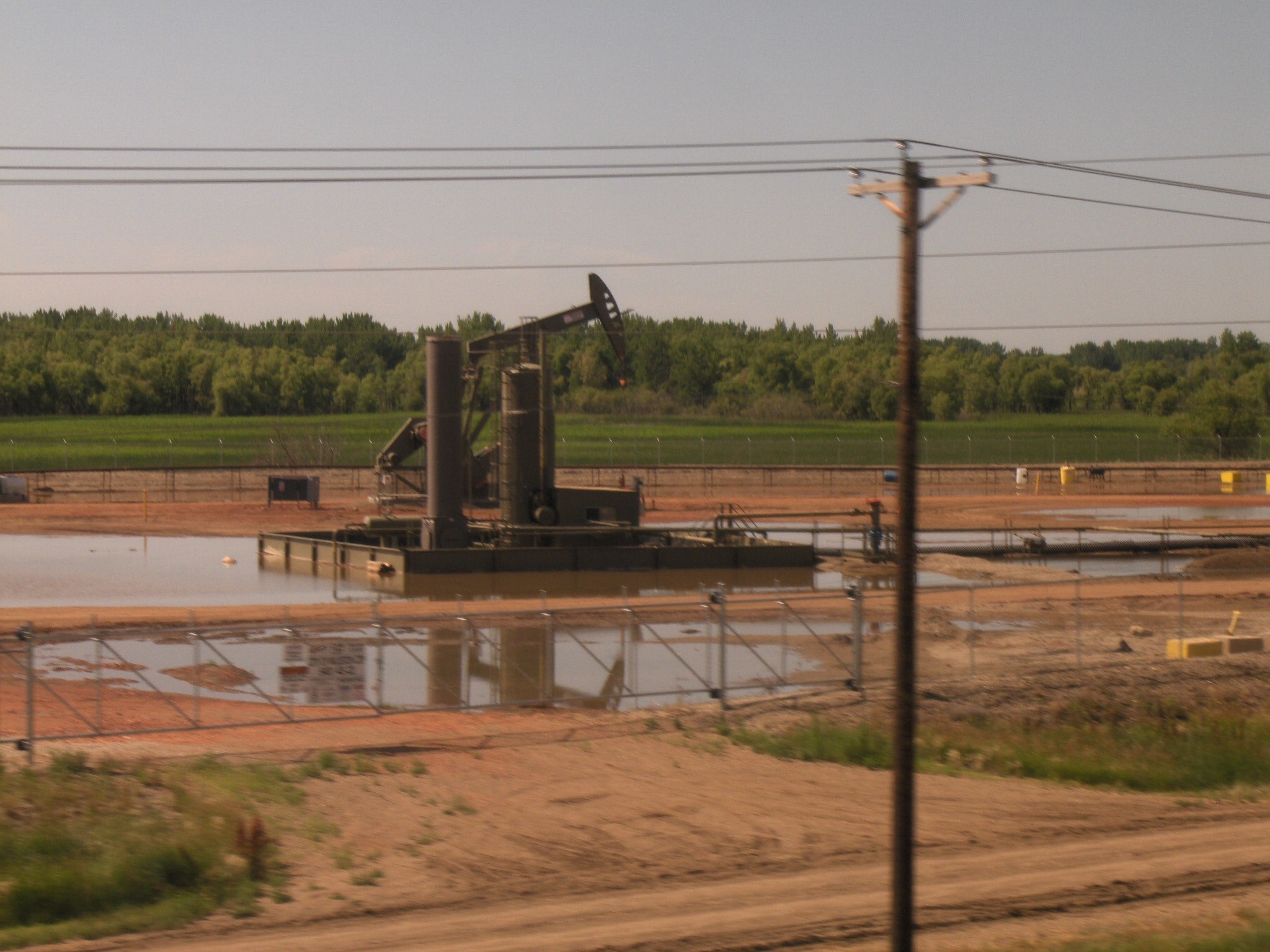 As you may know North Dakota is experiencing an oil boom due to new ways of extracting the “black gold” from the ground. We saw lots of tank cars running by or stopped and getting loaded to help make America energy independent. 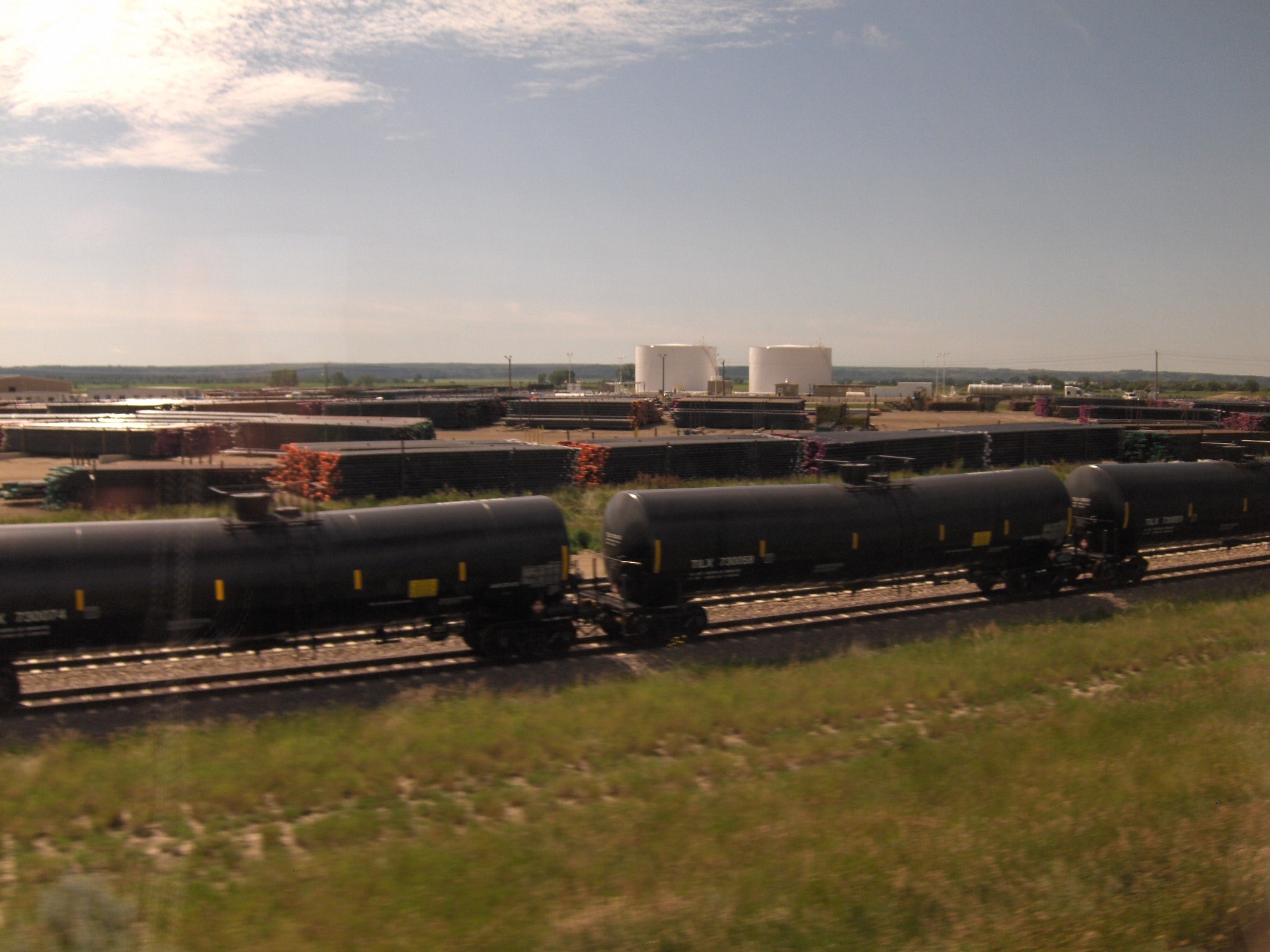 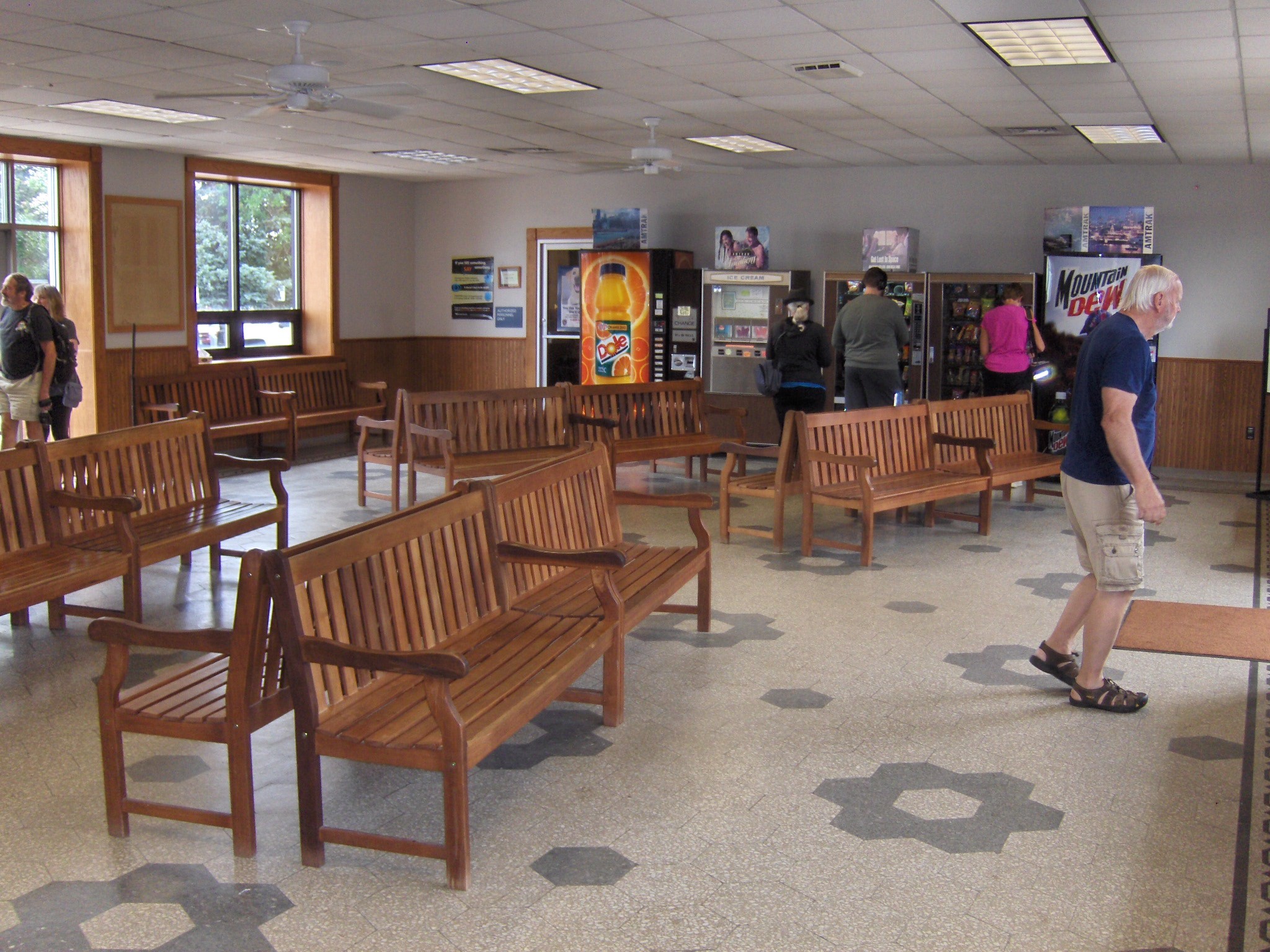 Here is the interior of the Havre, Montana depot. It’s amazing how much open land there is in Montana and North Dakota. We would go for miles and not see any people or cars, only vast open spaces. This is truly “Big Sky” country. 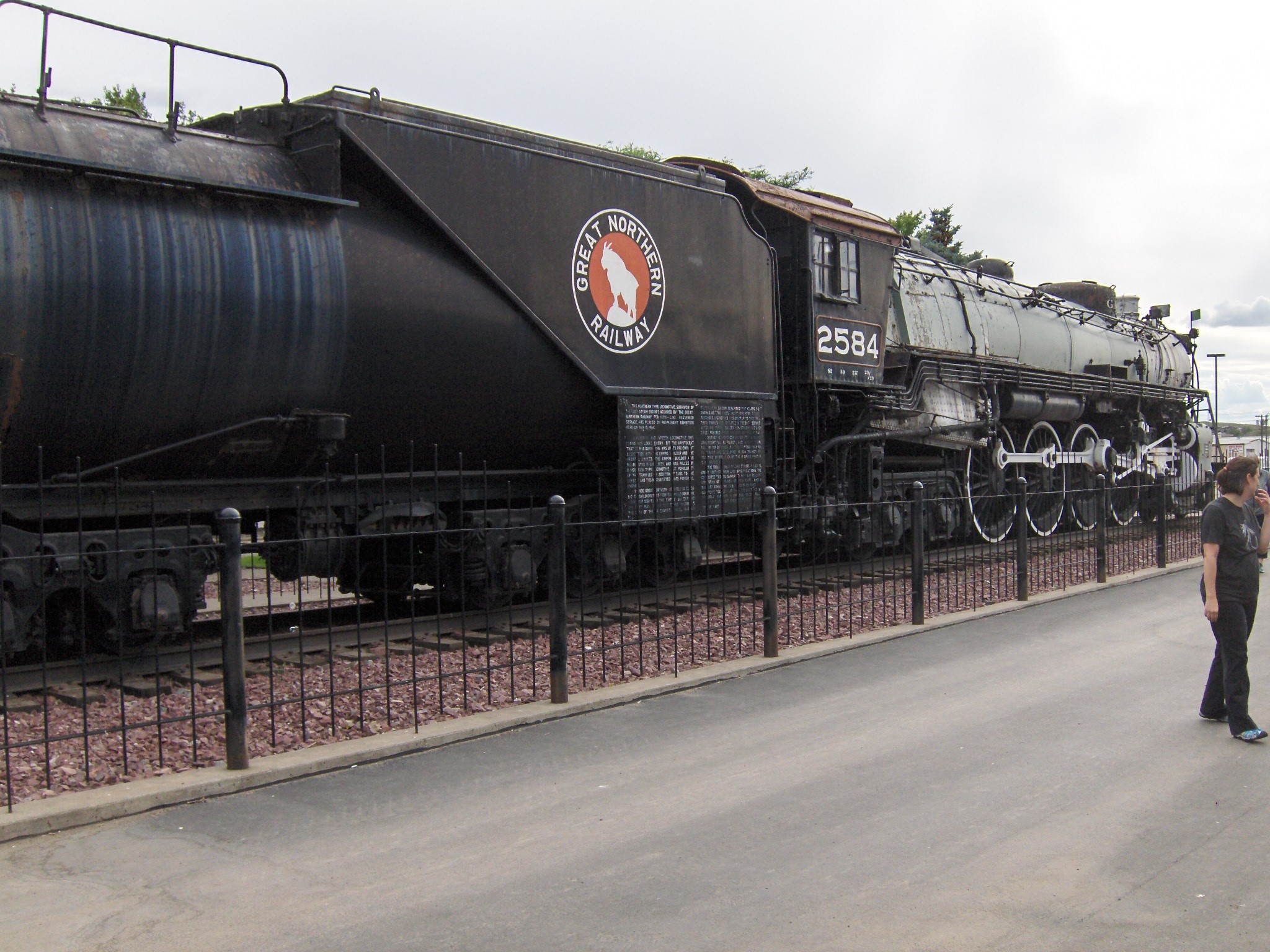 This Great Northern 4-8-4 relic is just outside the Havre depot. Don’t you just love the Vanderbilt tender? 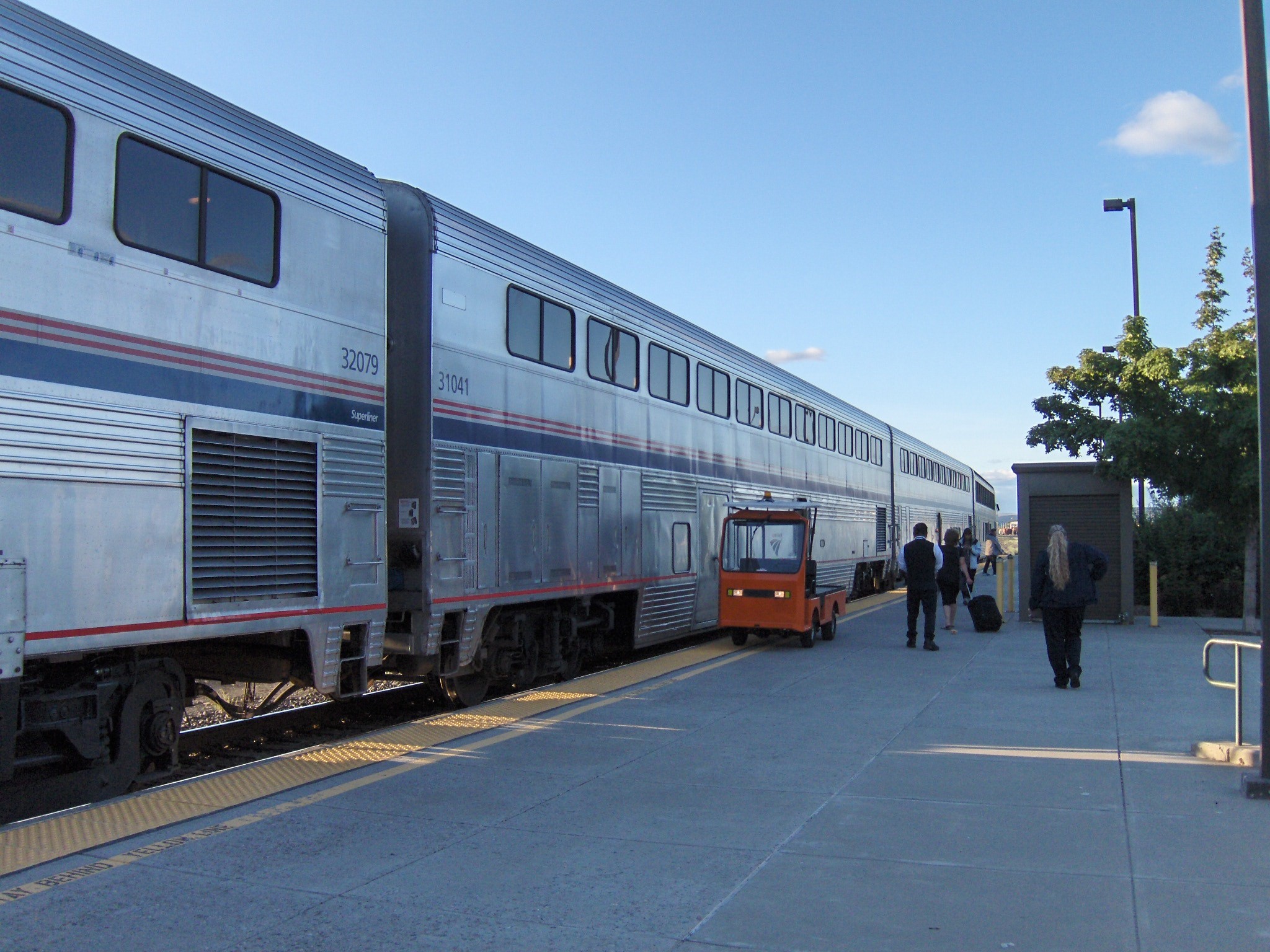 After our overnight travel the Empire Builder stops at Pasco. Washington. During the night the train was split at Spokane with the front half and diner going on to Seattle and our back half along with the lounge/snack car going to Portland, Oregon. 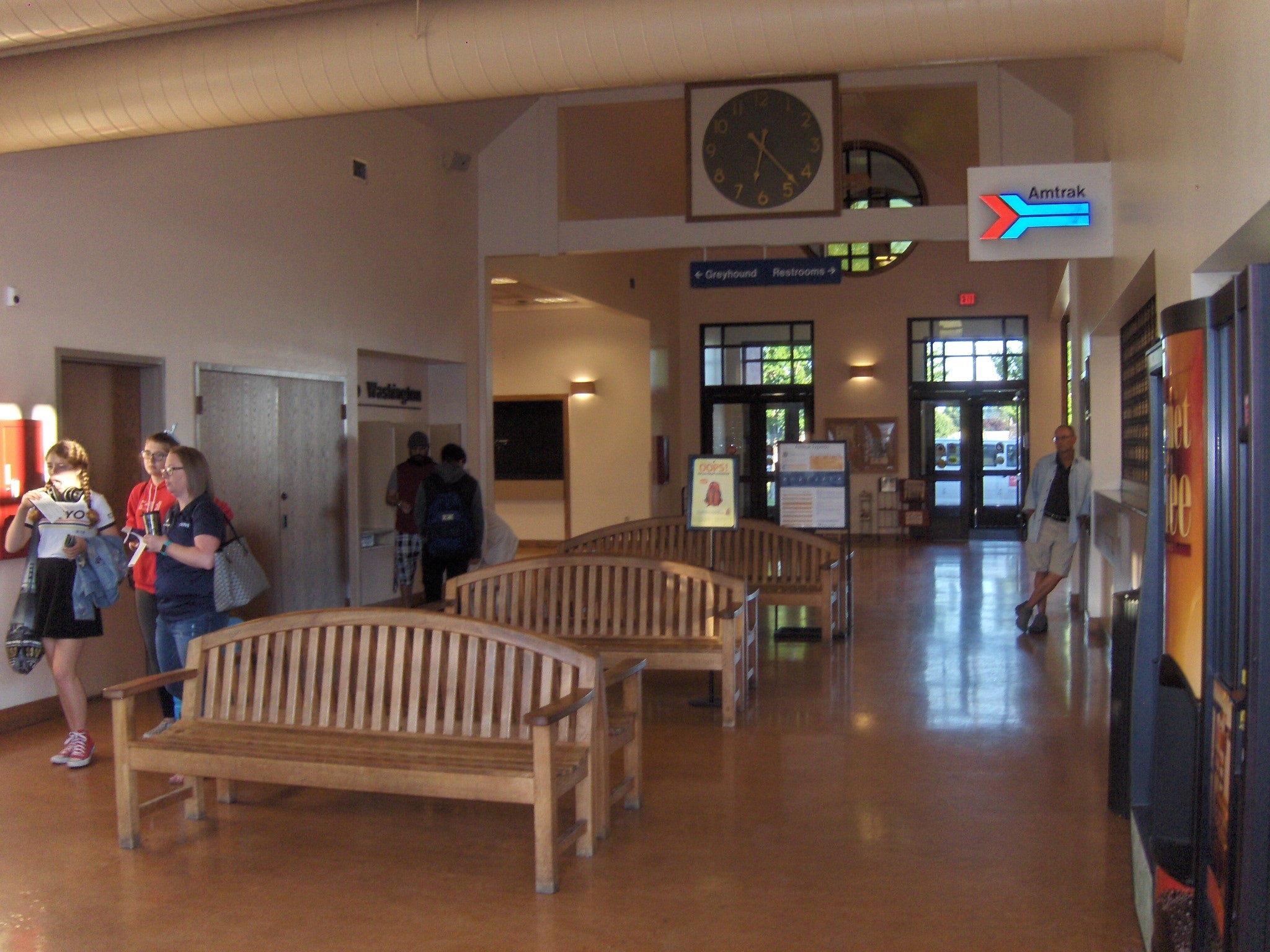 This is the interior of the Pasco depot. Another nicely maintained Amtrak facility. By the way the Burlington Northern Santa Fe track used by the Empire Builder is very smooth. 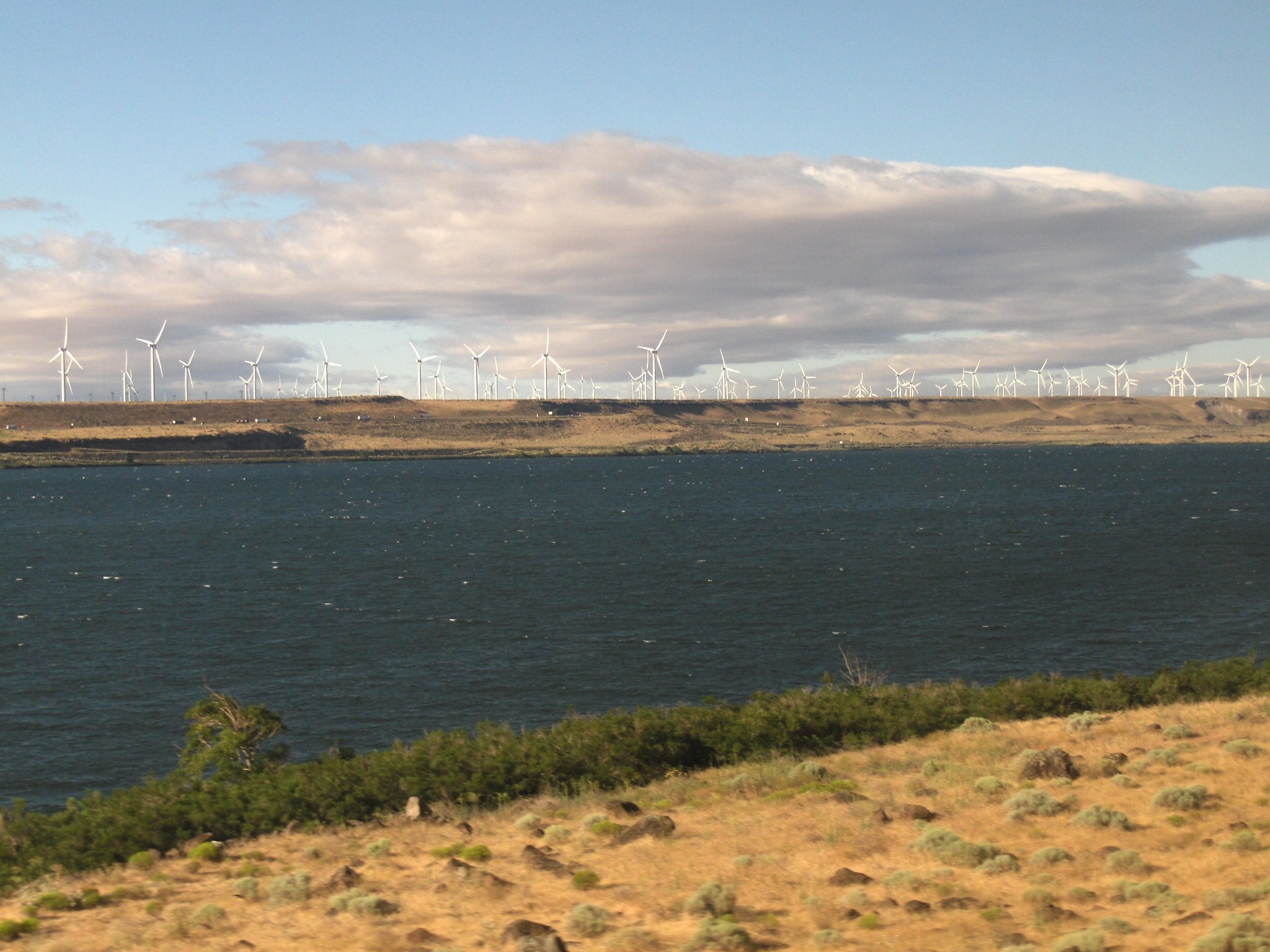 This is the Columbia River with the train in Washington and the windmill farm across the way in Oregon. Along this route the Empire Builder negotiated at least 13 tunnels. 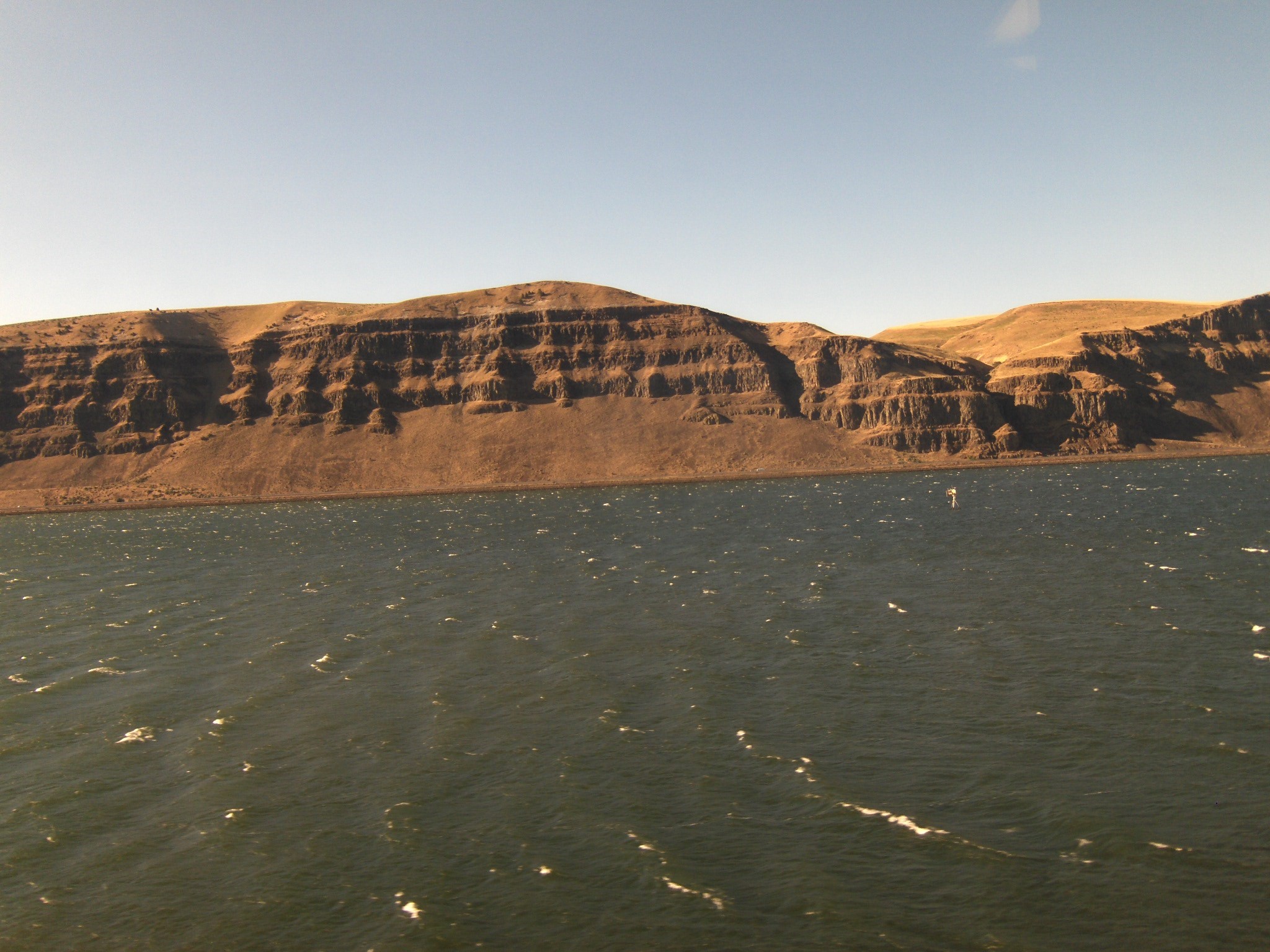 This is the Columbia River again with cliffs of Oregon across the way. Notice the complete lack of vegetation in this part of the desert. 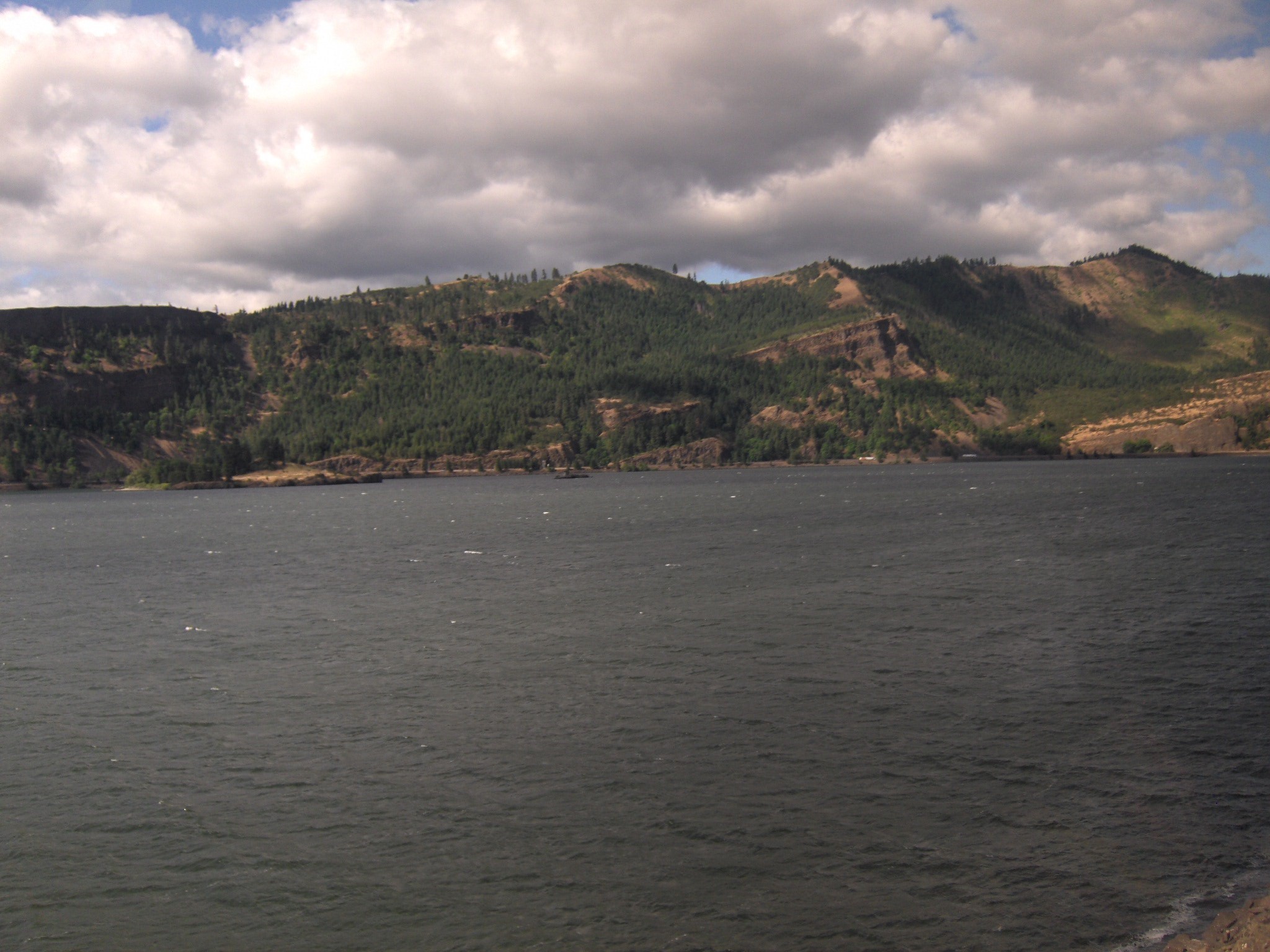 As we get closer to the Pacific coast the scene along the Columbia River changes to a multitude of conifers and other vegetation. 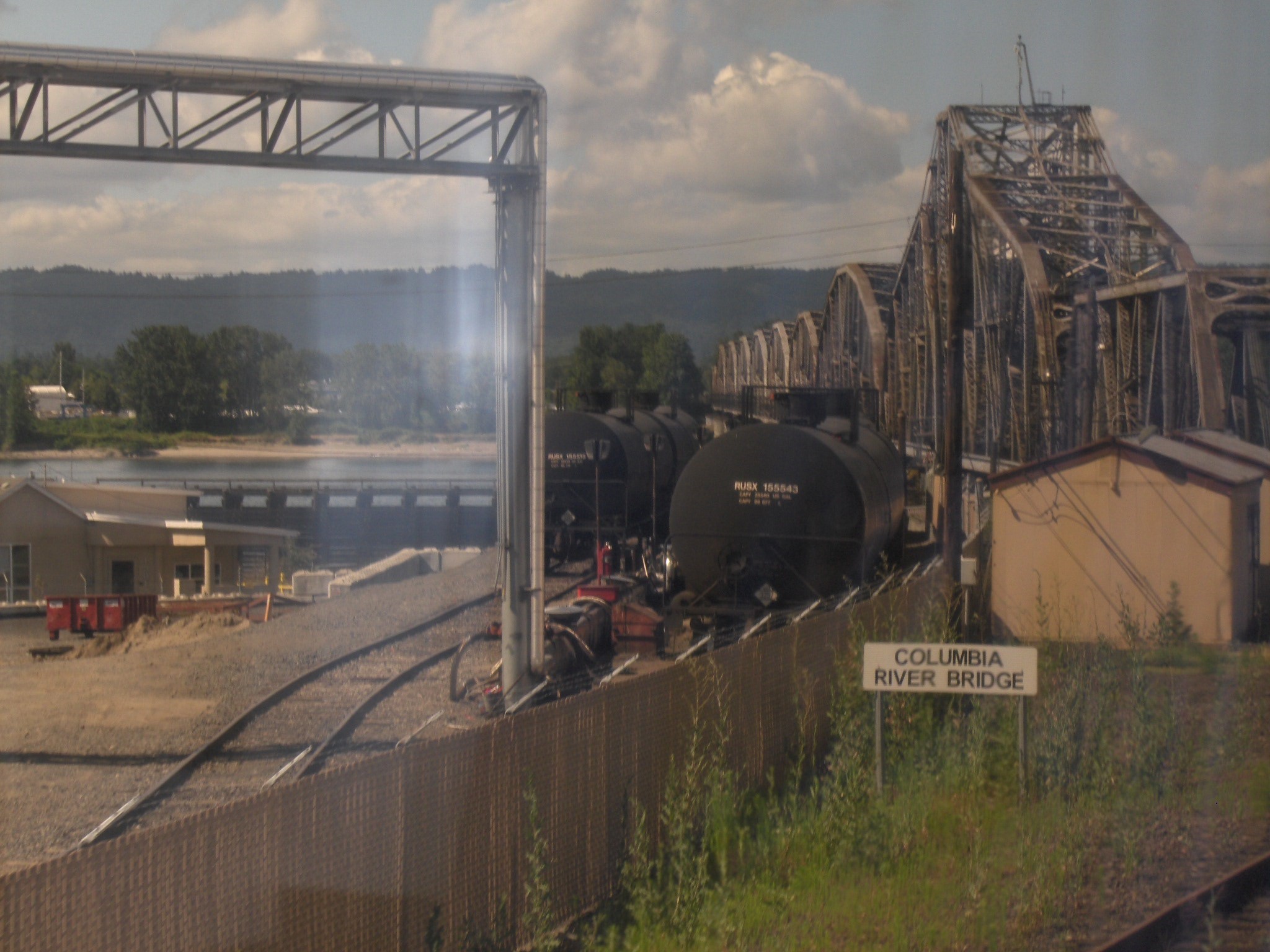 Again, I have to shoot through the car window. Here the Empire Builder crosses the Columbia River from Washington into Oregon on the way to Portland. 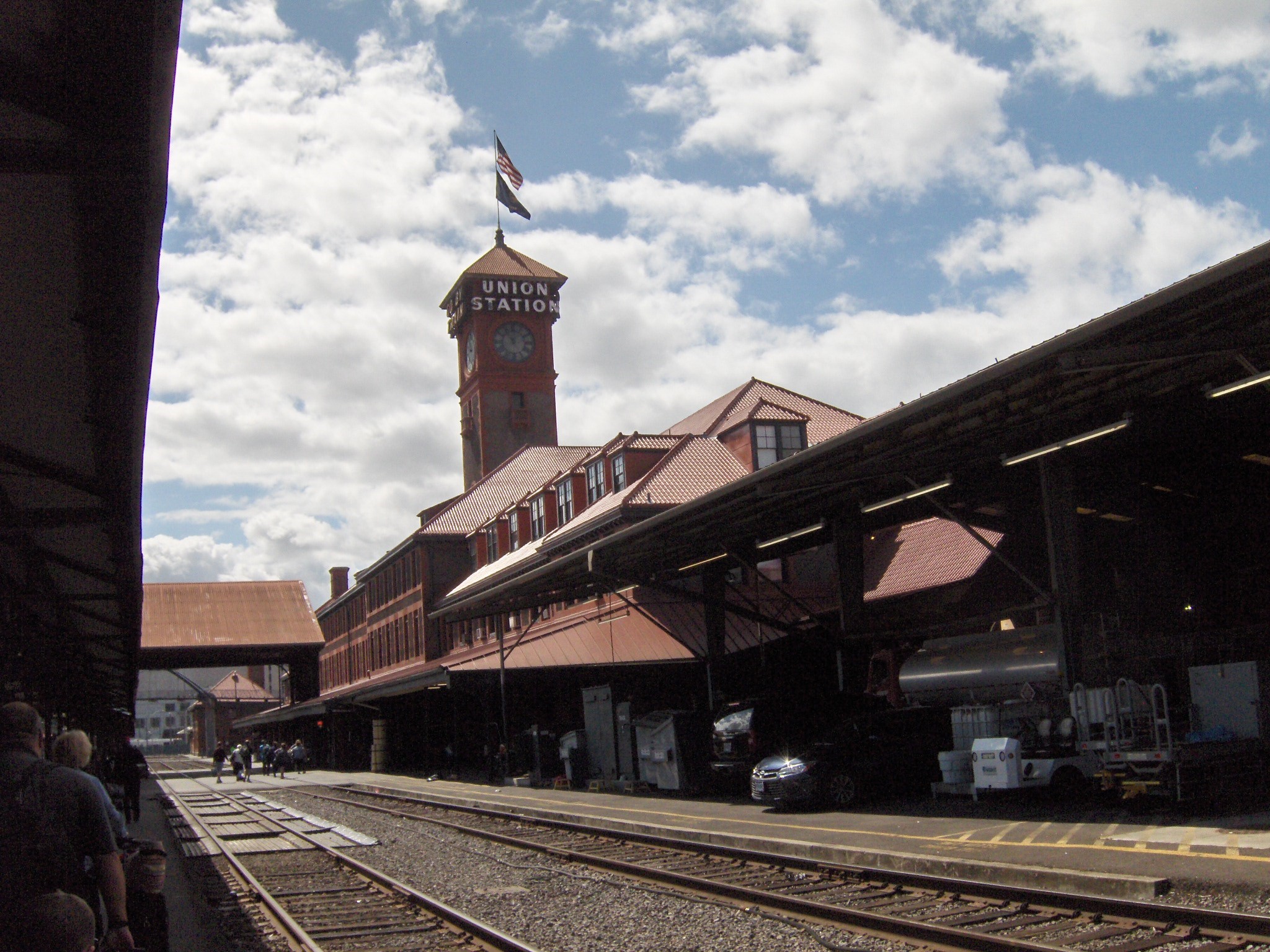 The final stop is Portland Oregon Union Station which opened in 1896 and now hosts commuter trains and buses in addition to Amtrak. Atop the tower is the famous “Go by Train” Sign. 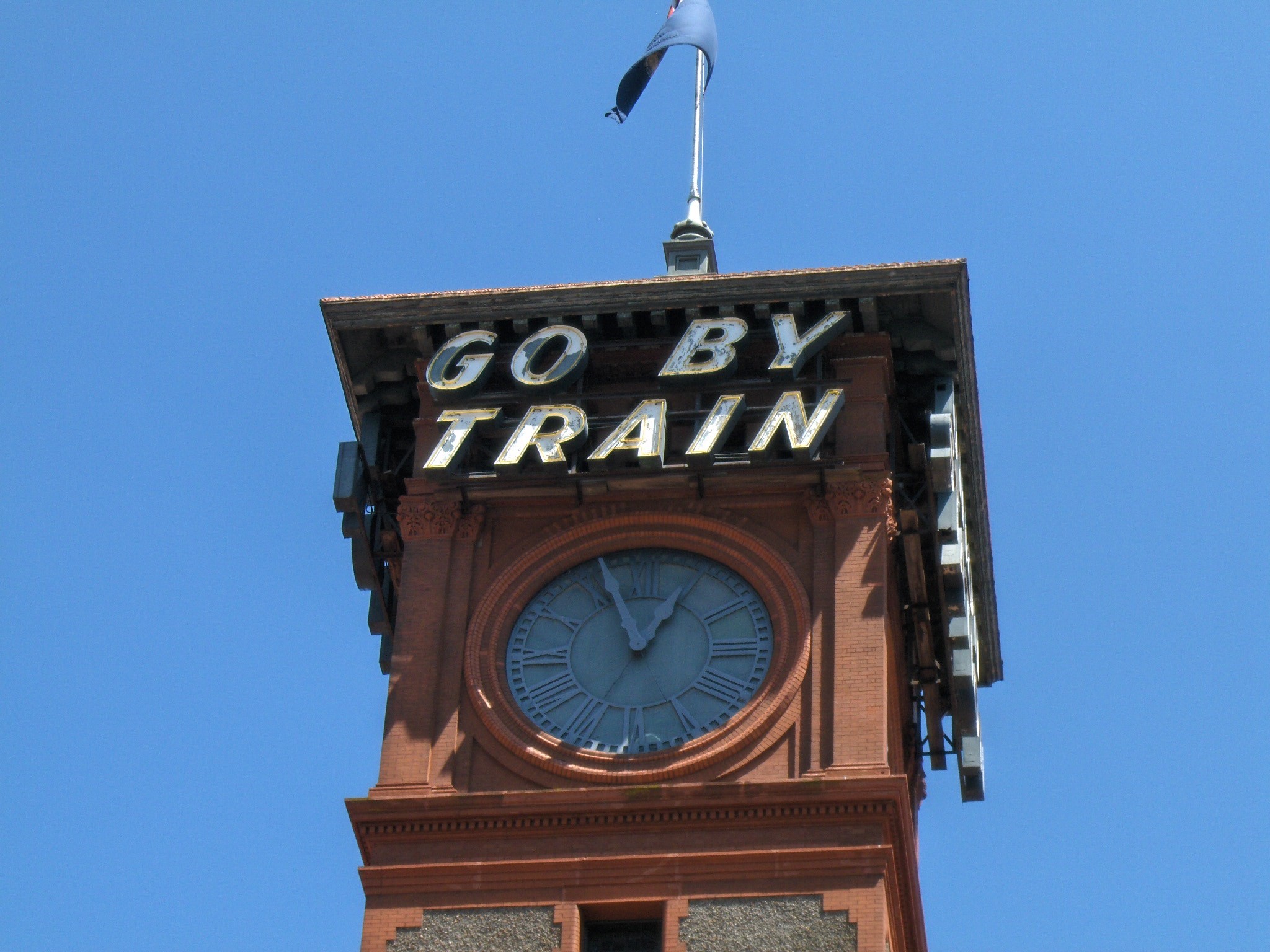 7 Responses to “Riding Amtrak on the Empire Builder”