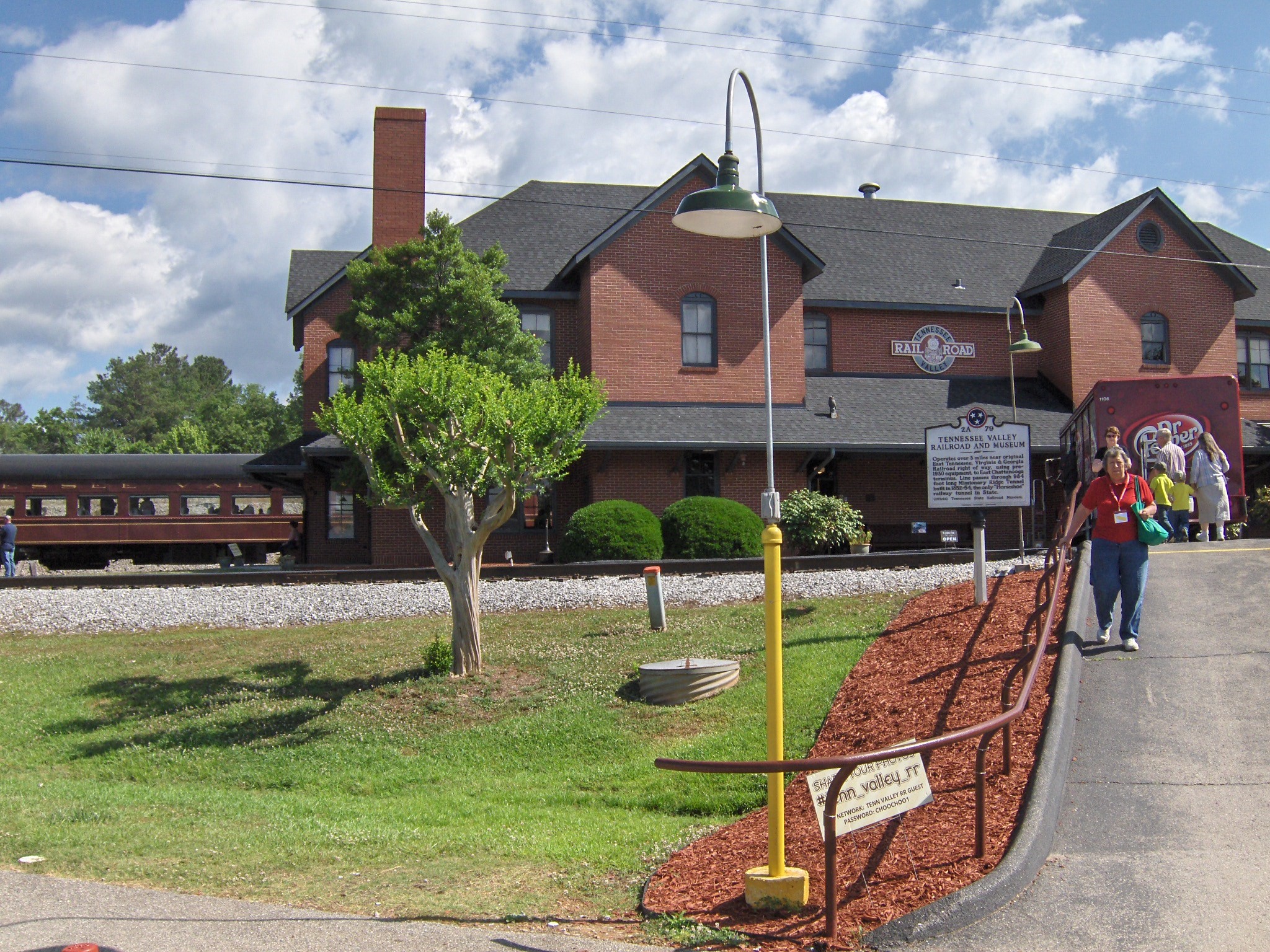 The Tennessee Valley Railroad Museum in Chattanooga is the state’s official railroad museum although it’s run by volunteers and paid staff. It was started in 1960 and now has 3 miles of track. I and a number of train fans recently had a chance to spend the morning visiting. 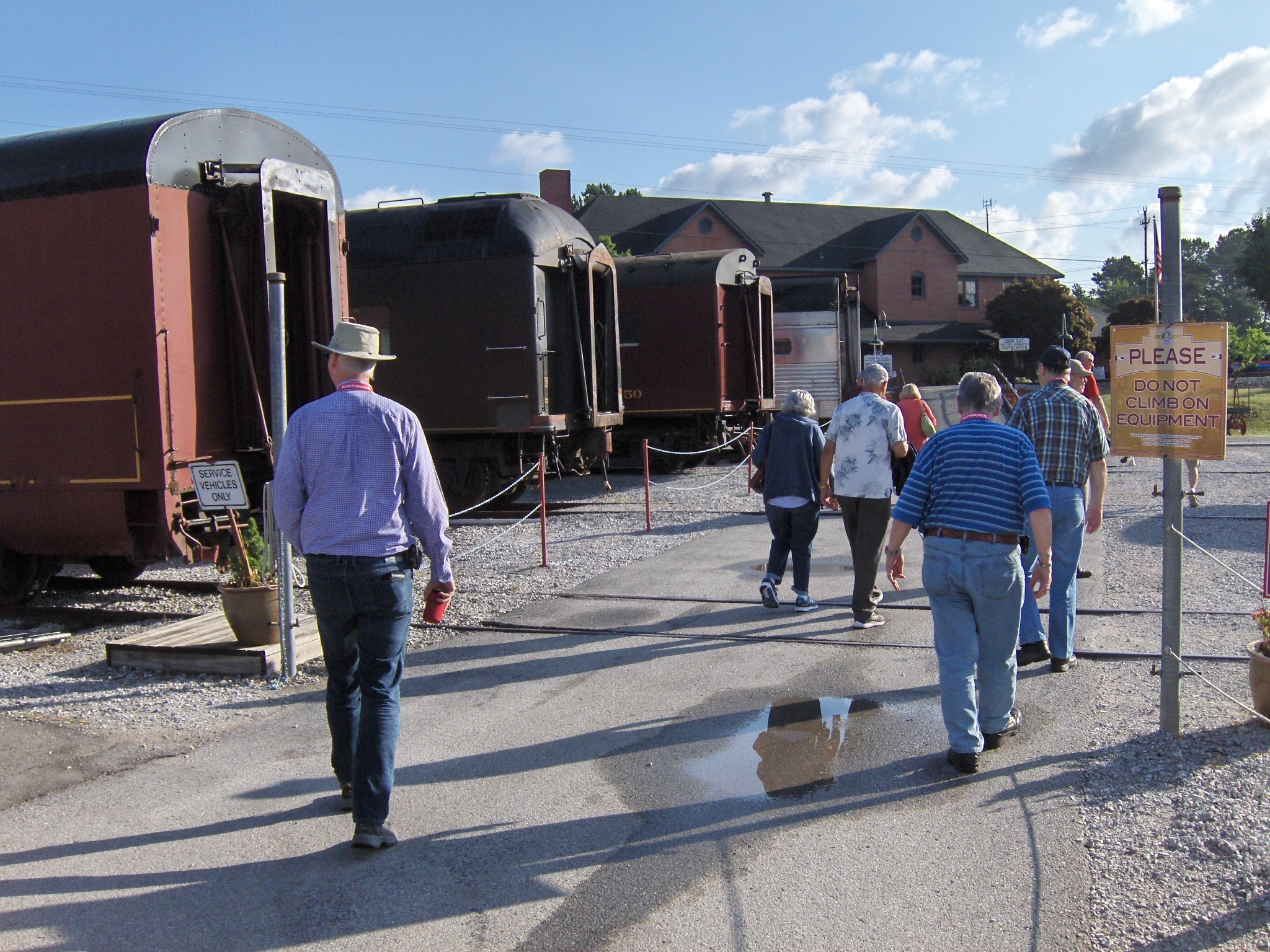 There are a number of vintage freight and passenger cars as well as locomotives on spurs adjacent to the museum itself which only contains a few railroad artifacts. The museum is designed to be an operating attraction for train fans and the general public. Next to the museum is the extensive collection of the Southern Railway Historical Association with rooms full of pictures, plans and drawings. 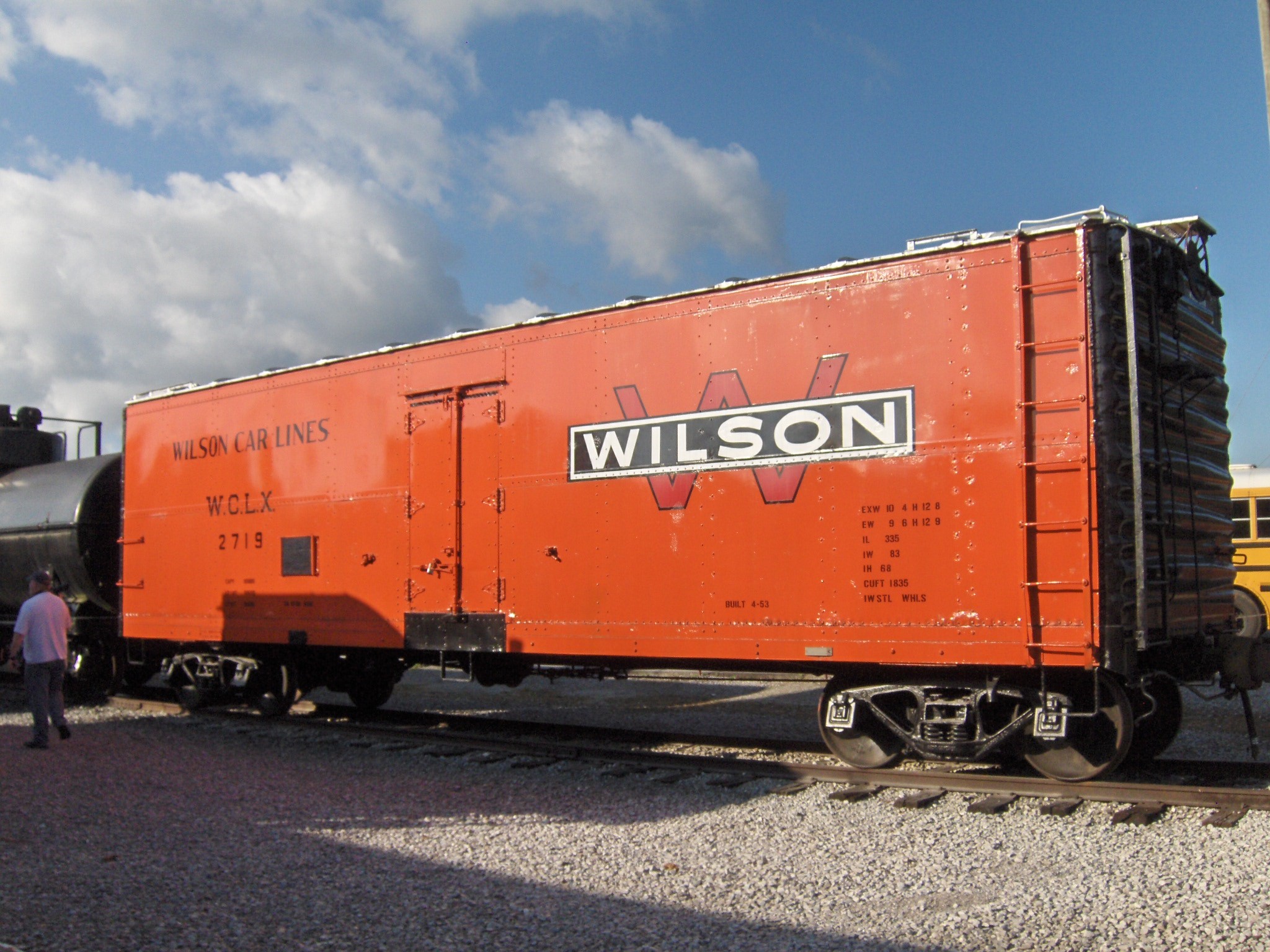 Most of the rolling stock and locomotives stored outside are scheduled to be restored to their former glory like this Wilson Meats Reefer. The museum eventually hopes to have all of the outside exhibits located under roof when the money is available. 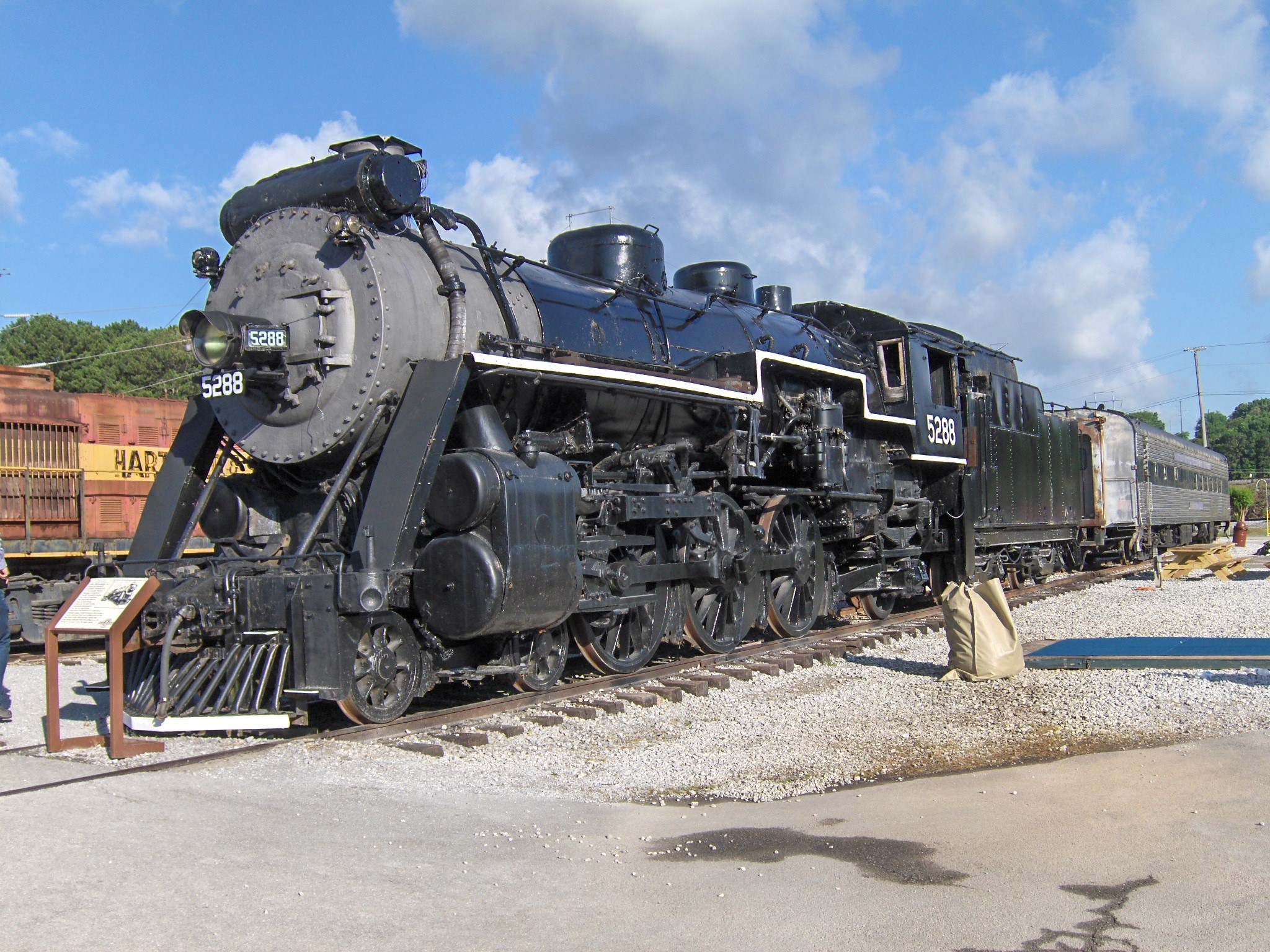 This 4-6-2 from the Canadian National had its automatic coal stoker taken for use on the operating Southern #4501. It was built in 1919, but most probably will never be restored to operation because of its use as a parts supplier. 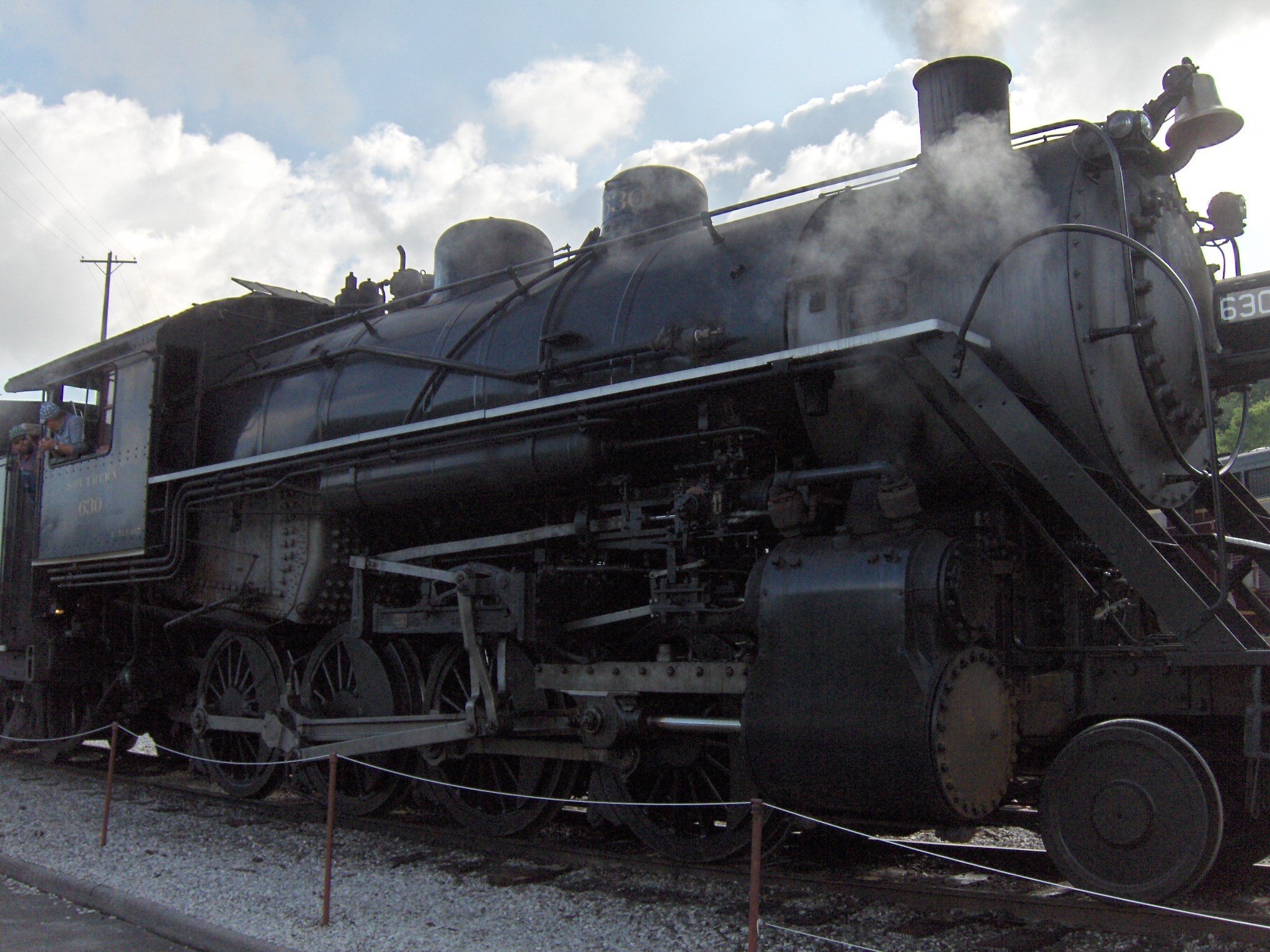 Our train left town behind Southern #630, a 2–8-0, for the 3 mile trip to East Chattanooga where the shops and another depot are located. 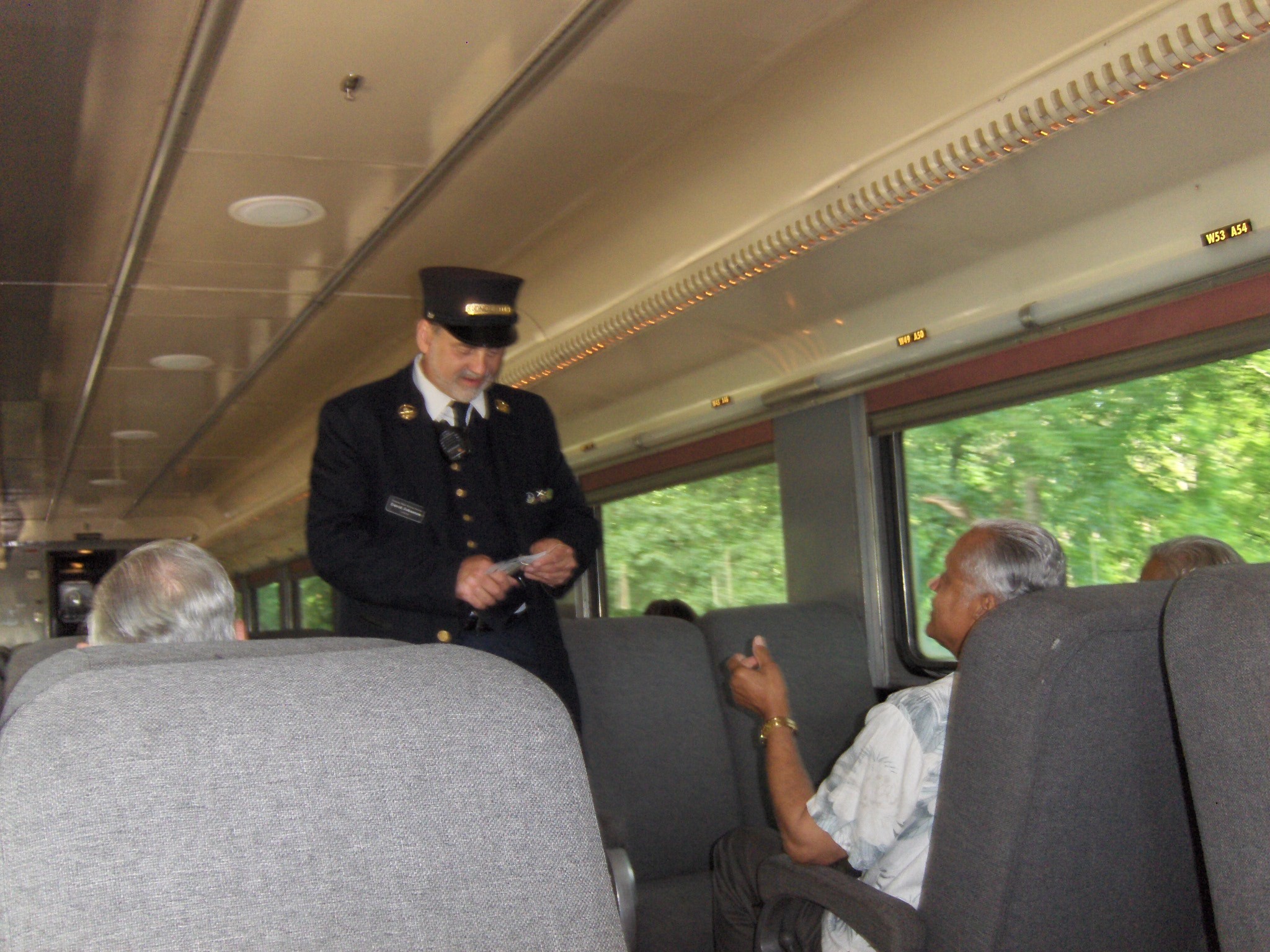 Some of the cars are air conditioned like this coach. Here the conductor is punching tickets as was the custom for many years on train travel. In addition to short runs like this, the museum also sponsors longer trips on the trackage of freight railroads. Remember this is an operating museum with moving trains not static displays. 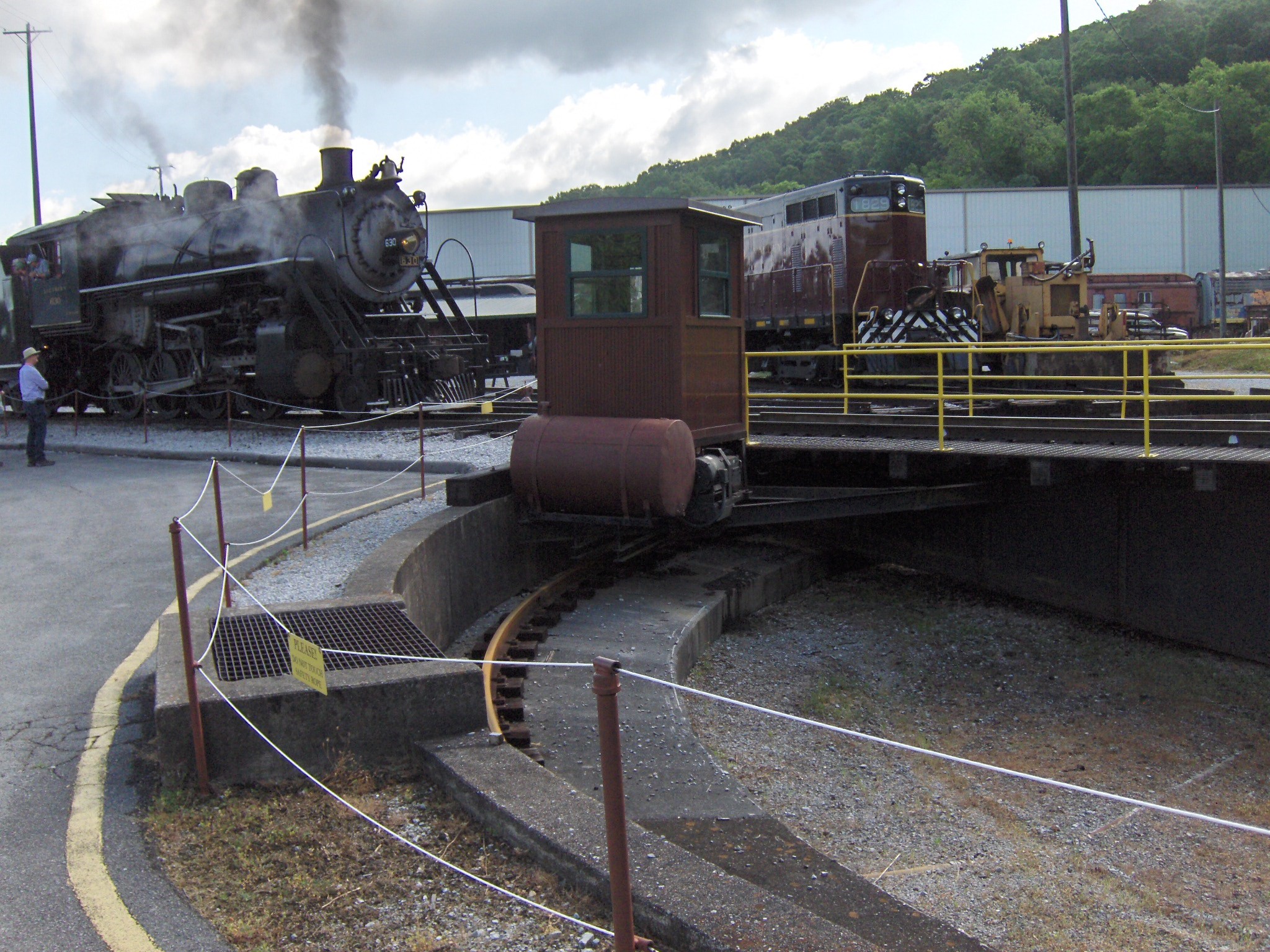 When we got to East Chattanooga,#630 was turned on the turntable. It’s now motorized but at one time it was powered by hand…known as an “Armstrong Turntable”. 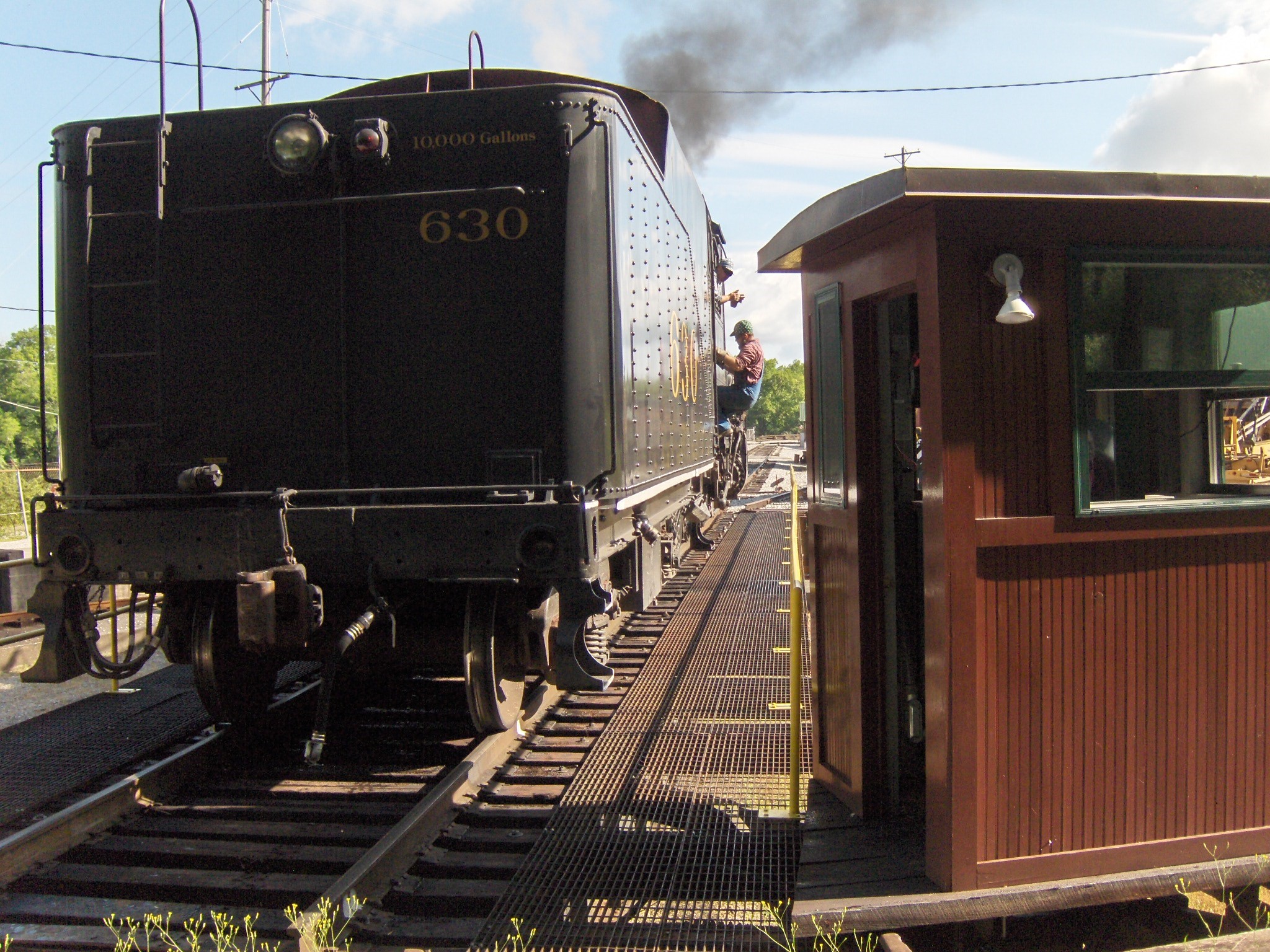 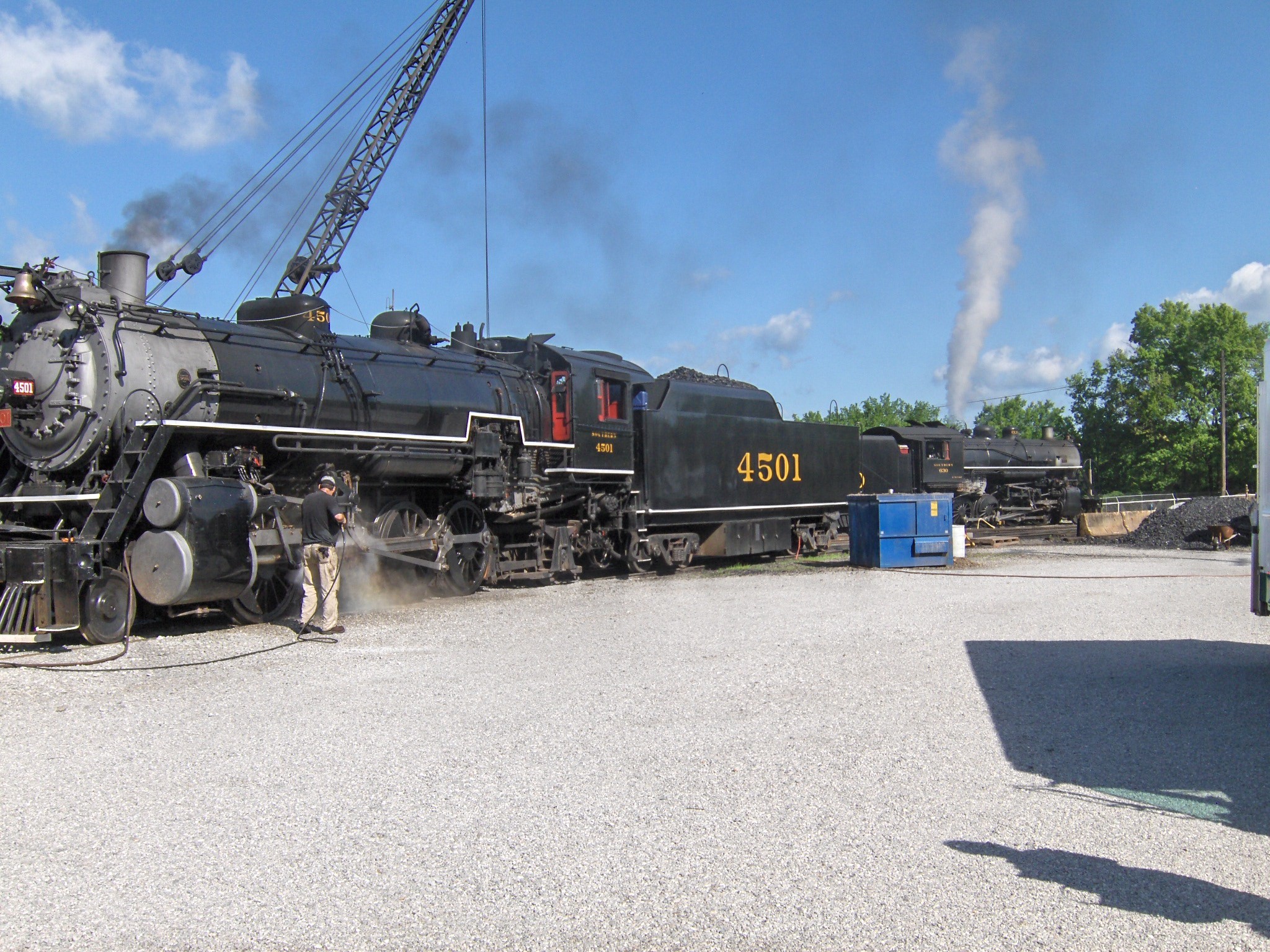 One of the highlights of the trip was seeing the famous Southern Mikado, #4501 under steam. In the back is #630 as it prepares to move to the front (formerly the rear) of our train for the return trip. It’s extremely rare to see 2 locomotives under steam at the same time nowadays. Also in back is a Southern derrick which is used to scoop up and load the coal for the steamers. 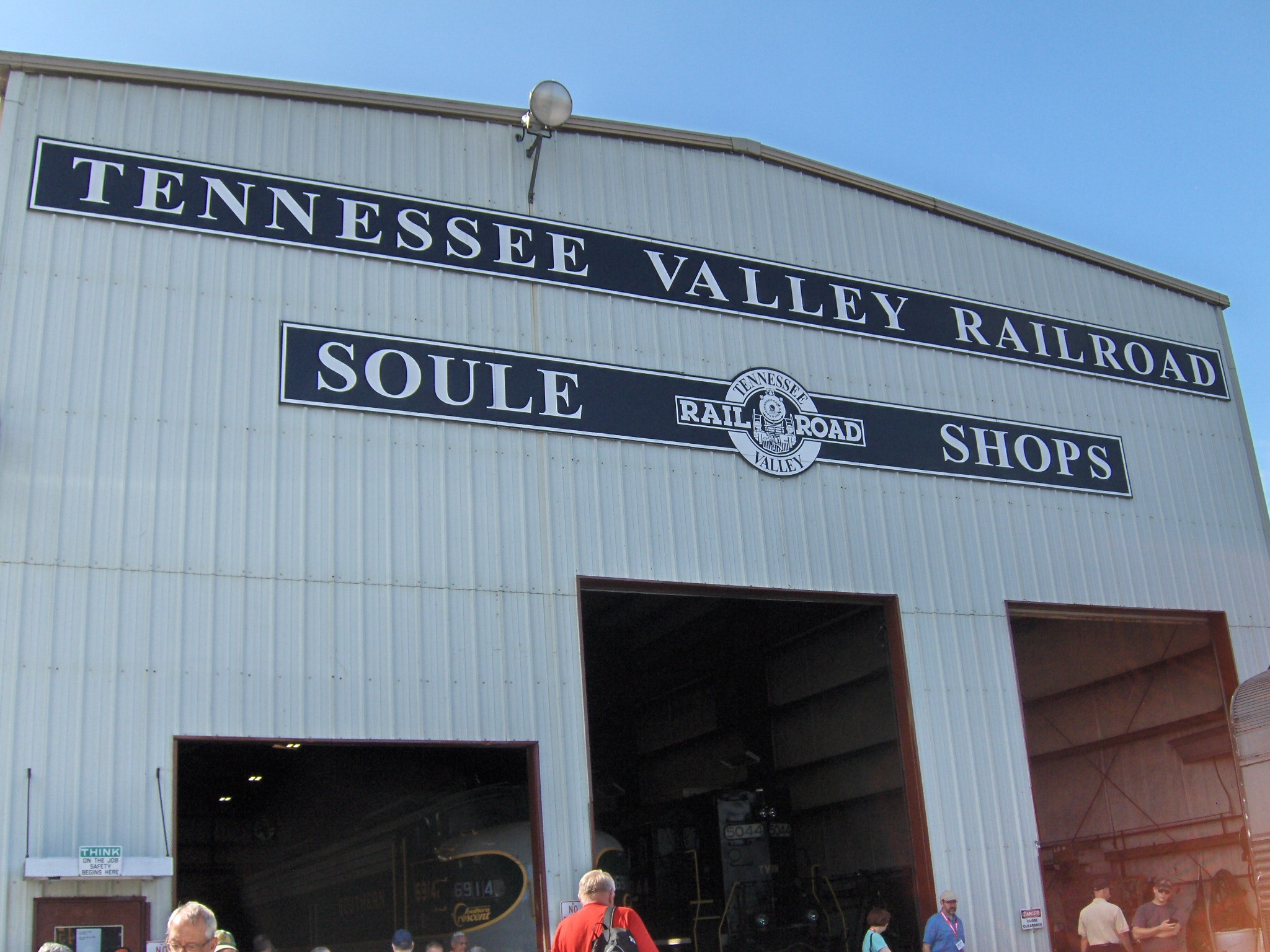 The key to keeping it all working is an extensive backshop where equipment is repaired, restored and made ready for revenue service again. 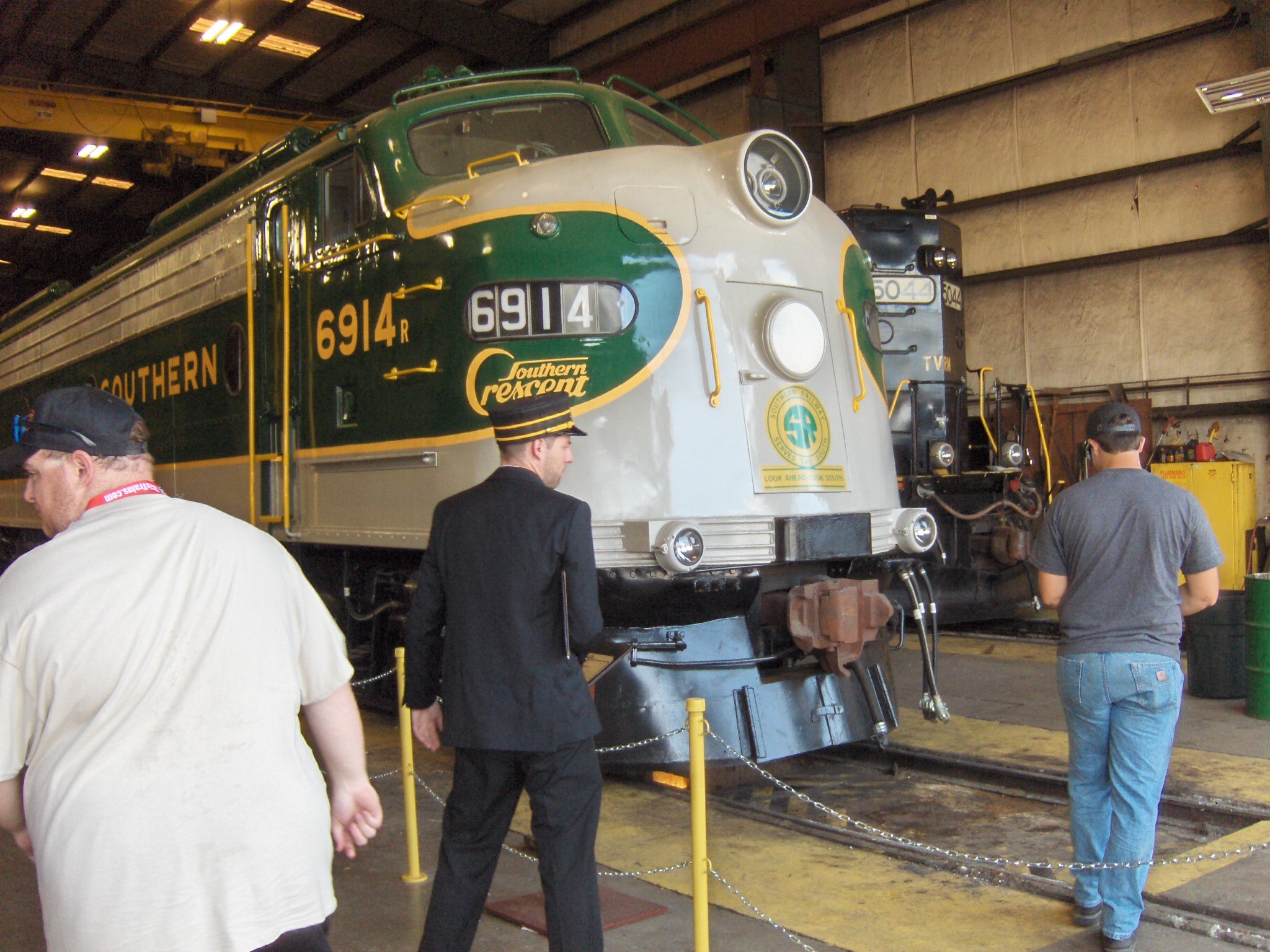 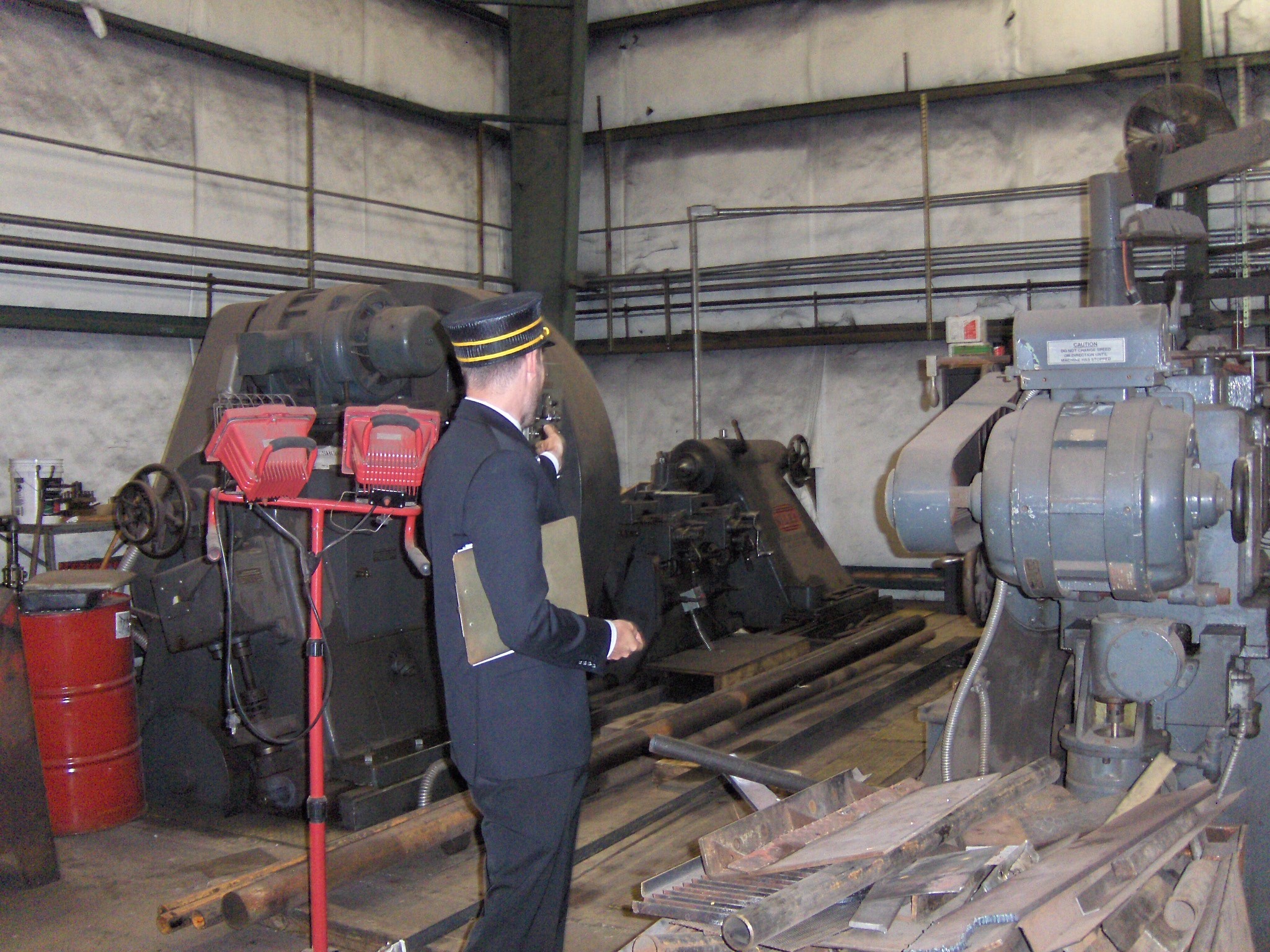 Of course no work can be done without heavy lathes and presses. The Museum has vintage equipment that was imported from Poland because similar American equipment was unobtainable. 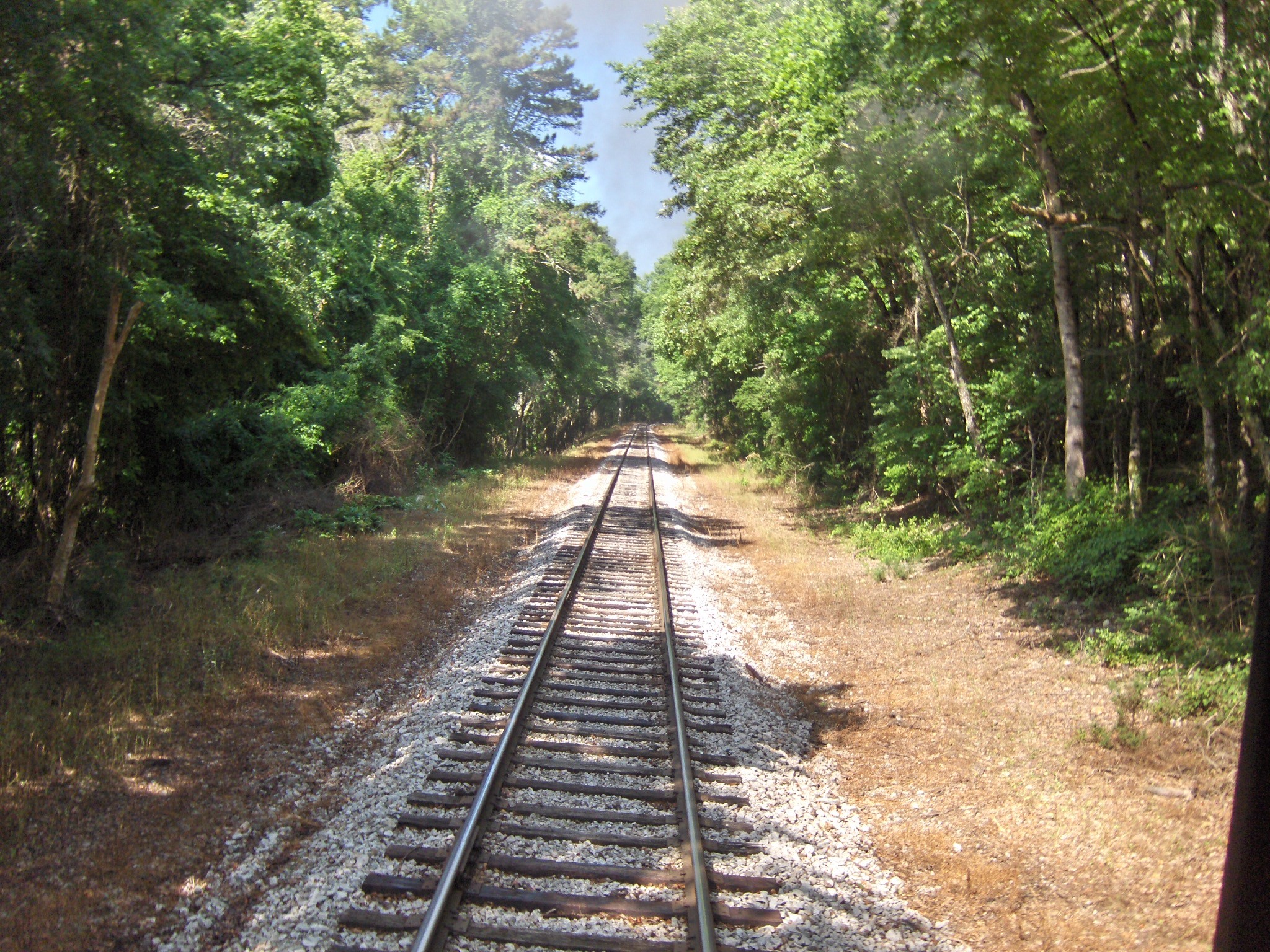 We finish up with this parting shot from the rear of the train as it returns to the starting Depot. Although this was a short trip it was fun and well worth doing again.

13 Responses to “A Visit to Tennessee’s Official Train Museum”