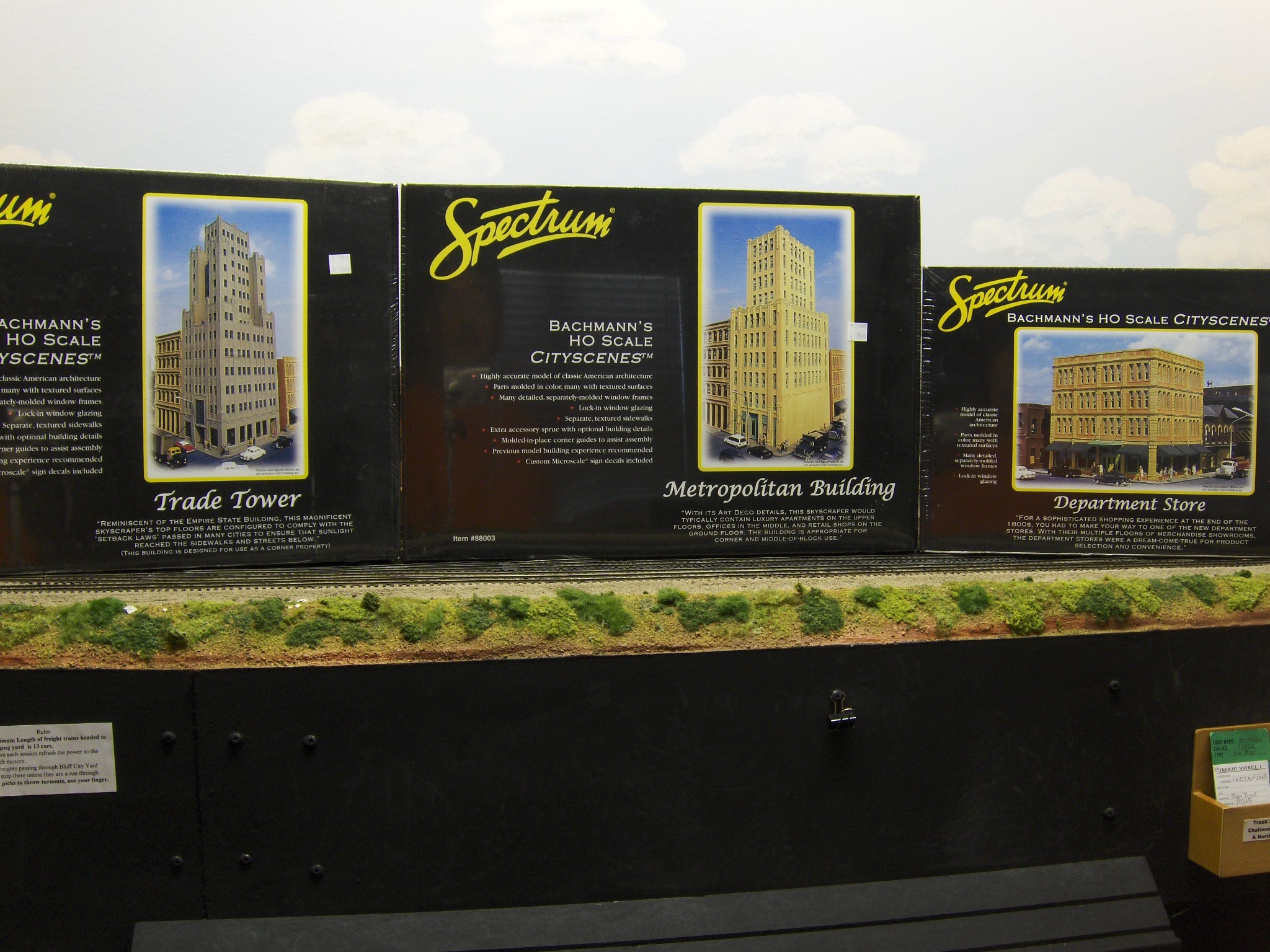 My friend Dave Houseman asked me to build a block of buildings for his new Oakland scene on his Chicago, Denver and Pacific Railroad. We started with three Bachmann buildings. As is my custom, I never like to create a structure as the designers intended. I always try to make some differences, otherwise Dave’s buildings would look just like all the other Bachmann buildings on other layouts. 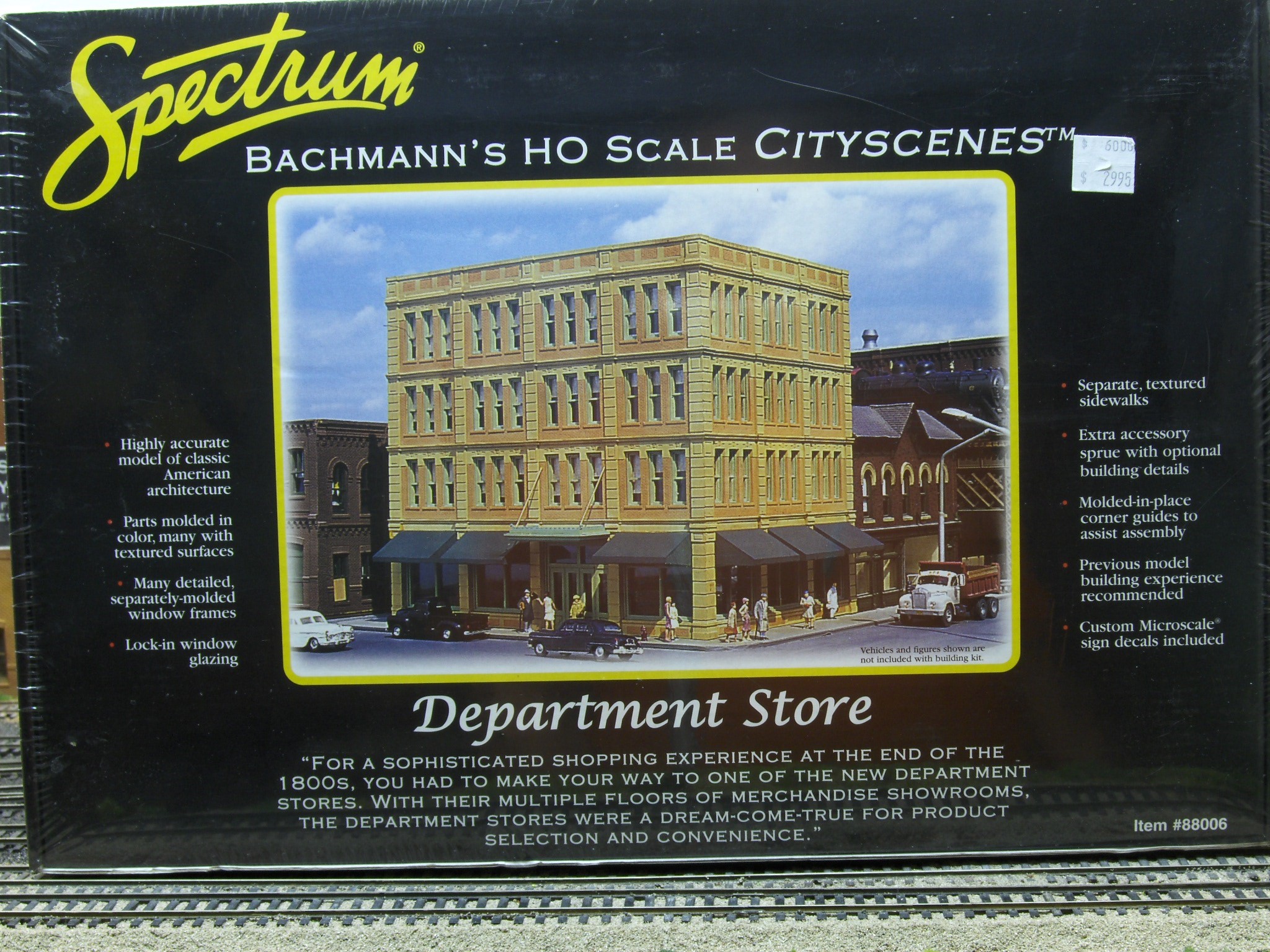 Here is the first building, the Department Store. Obviously it needed some modifications. 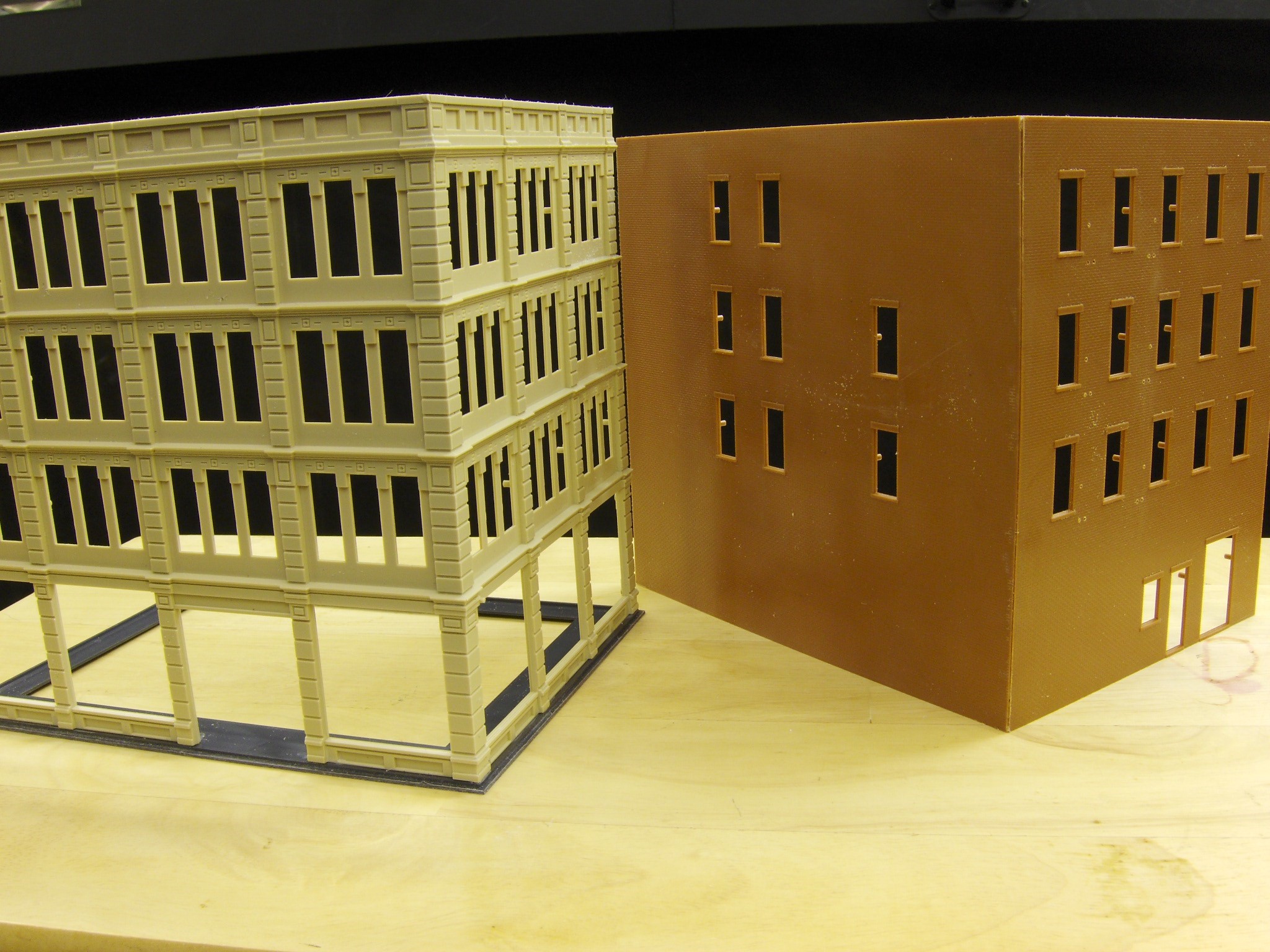 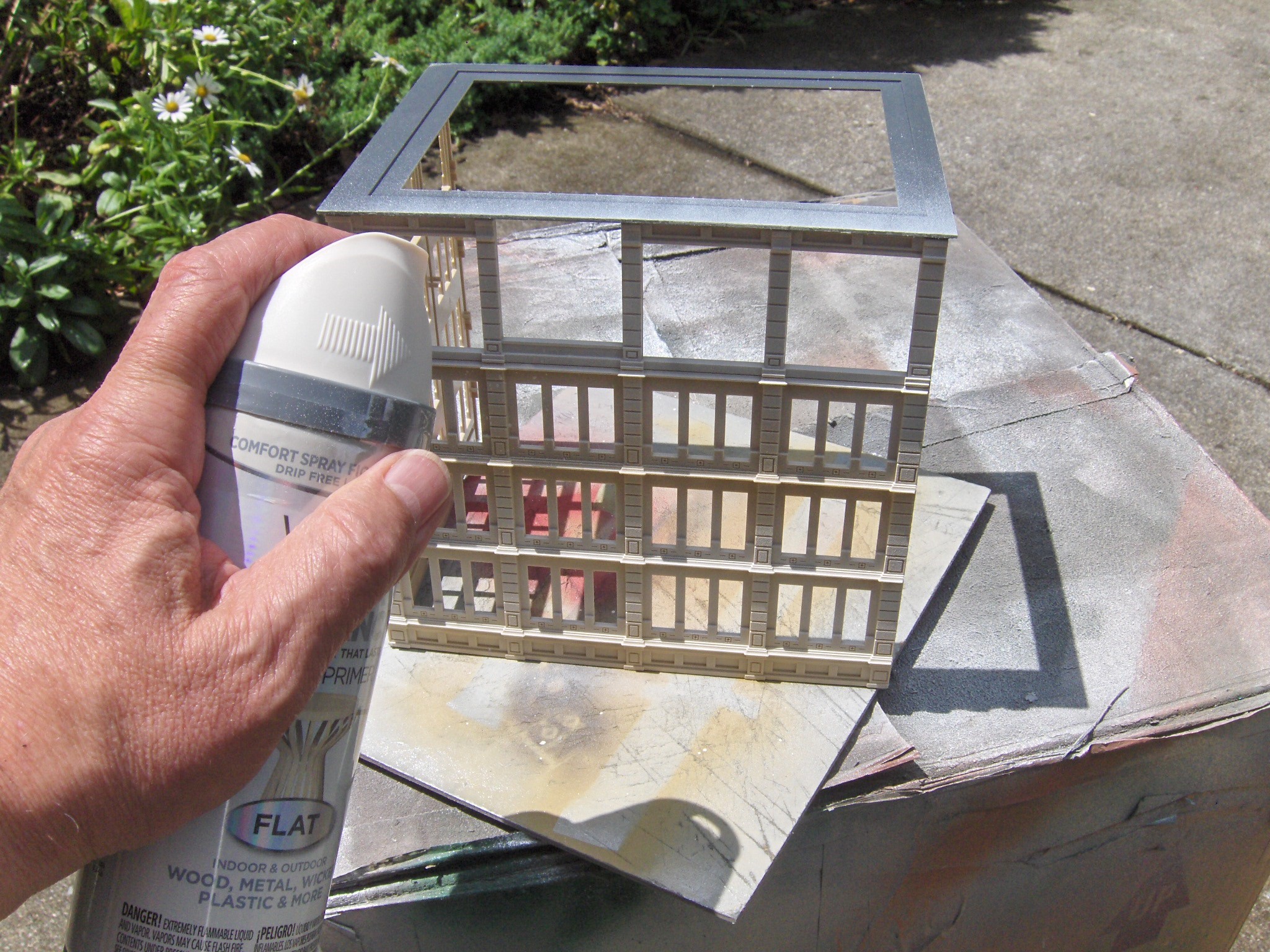 The first thing to do is paint the walls a color different from the box. If you do nothing else, this will improve the appearance of the structure markedly. White is a good color to start. 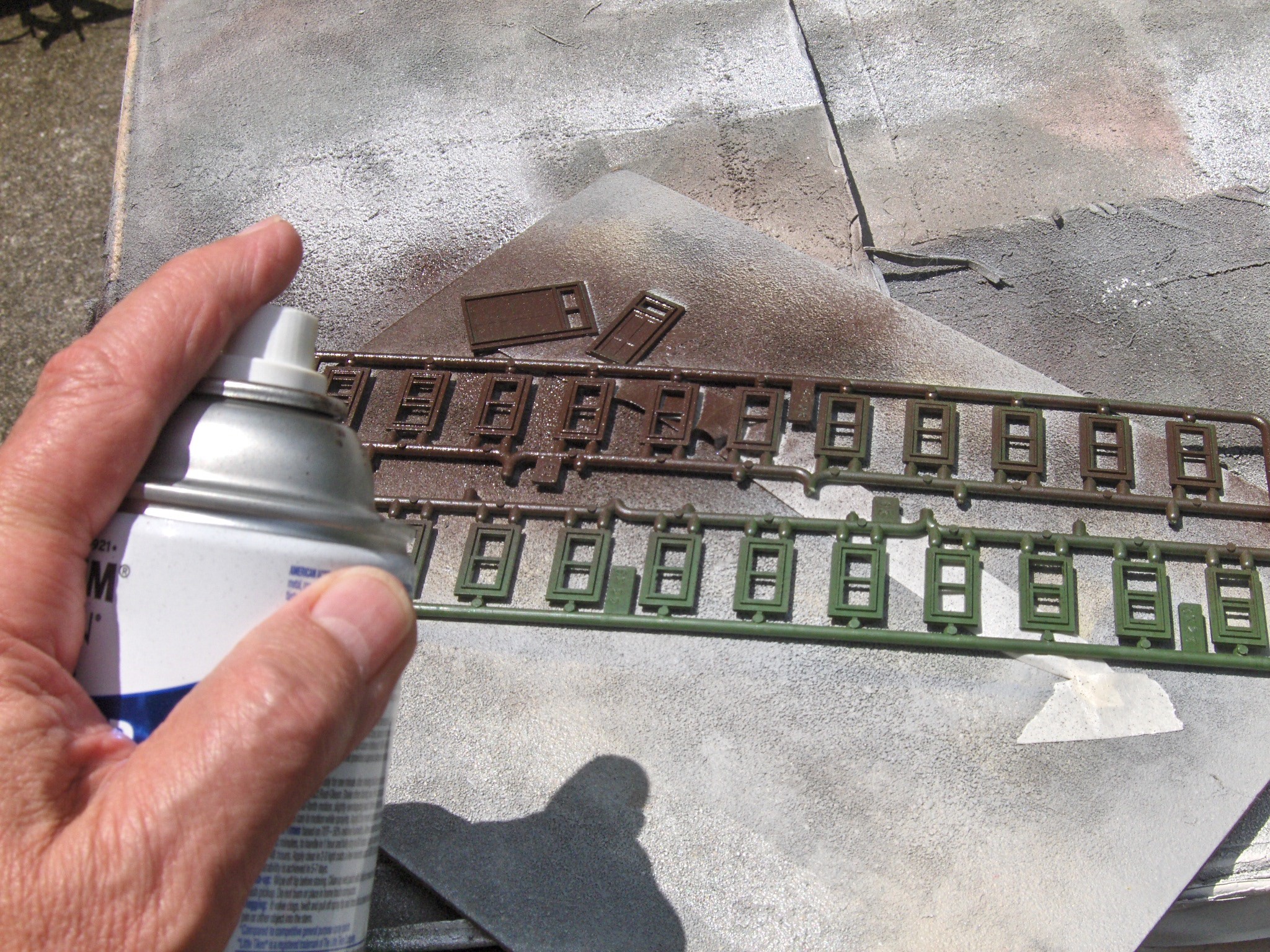 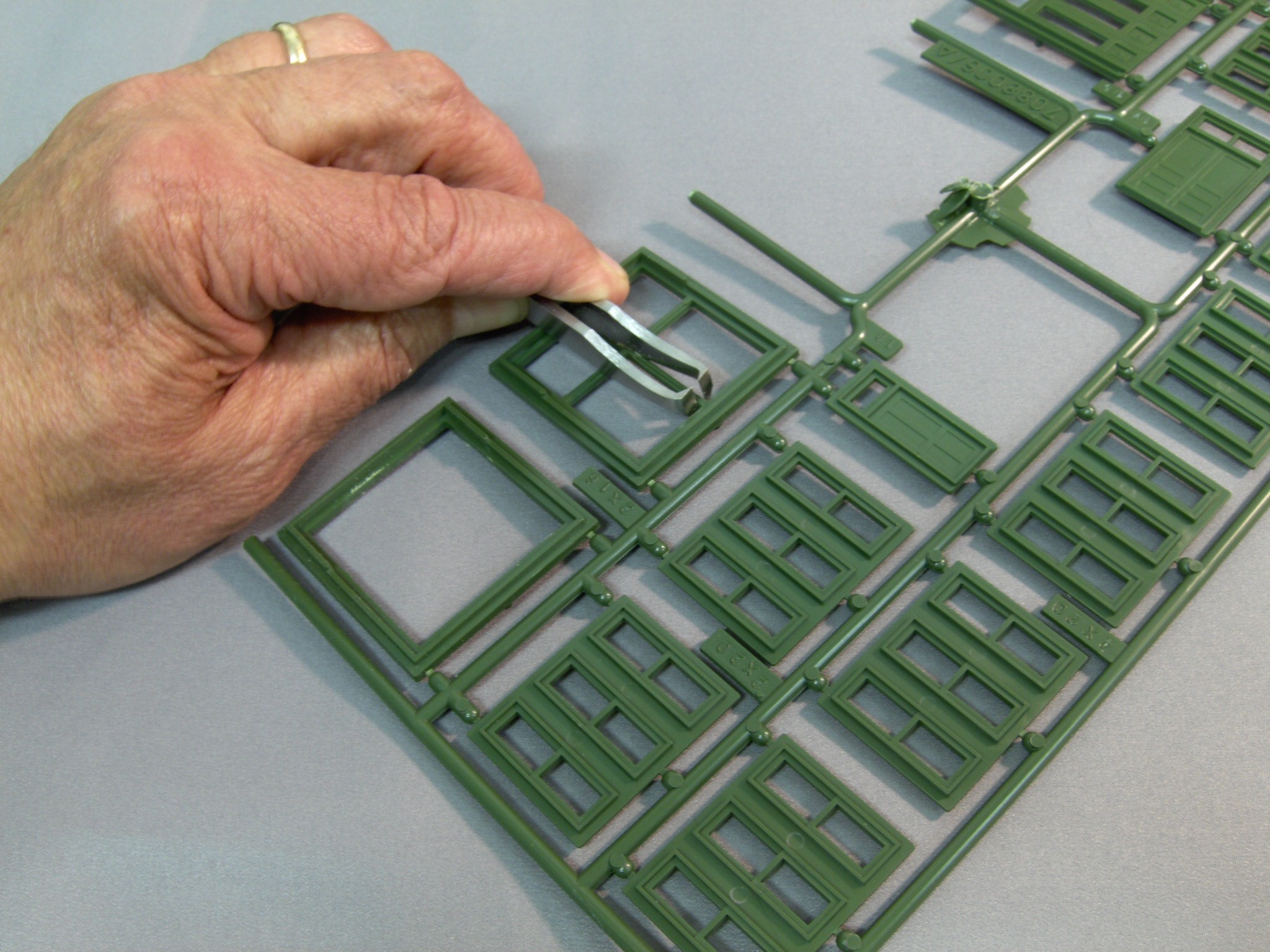 Another modification I suggested was the removal of muntins on the big display windows at street level, as I planned to detail the interior with photos. This simple procedure helped open the windows immensely. 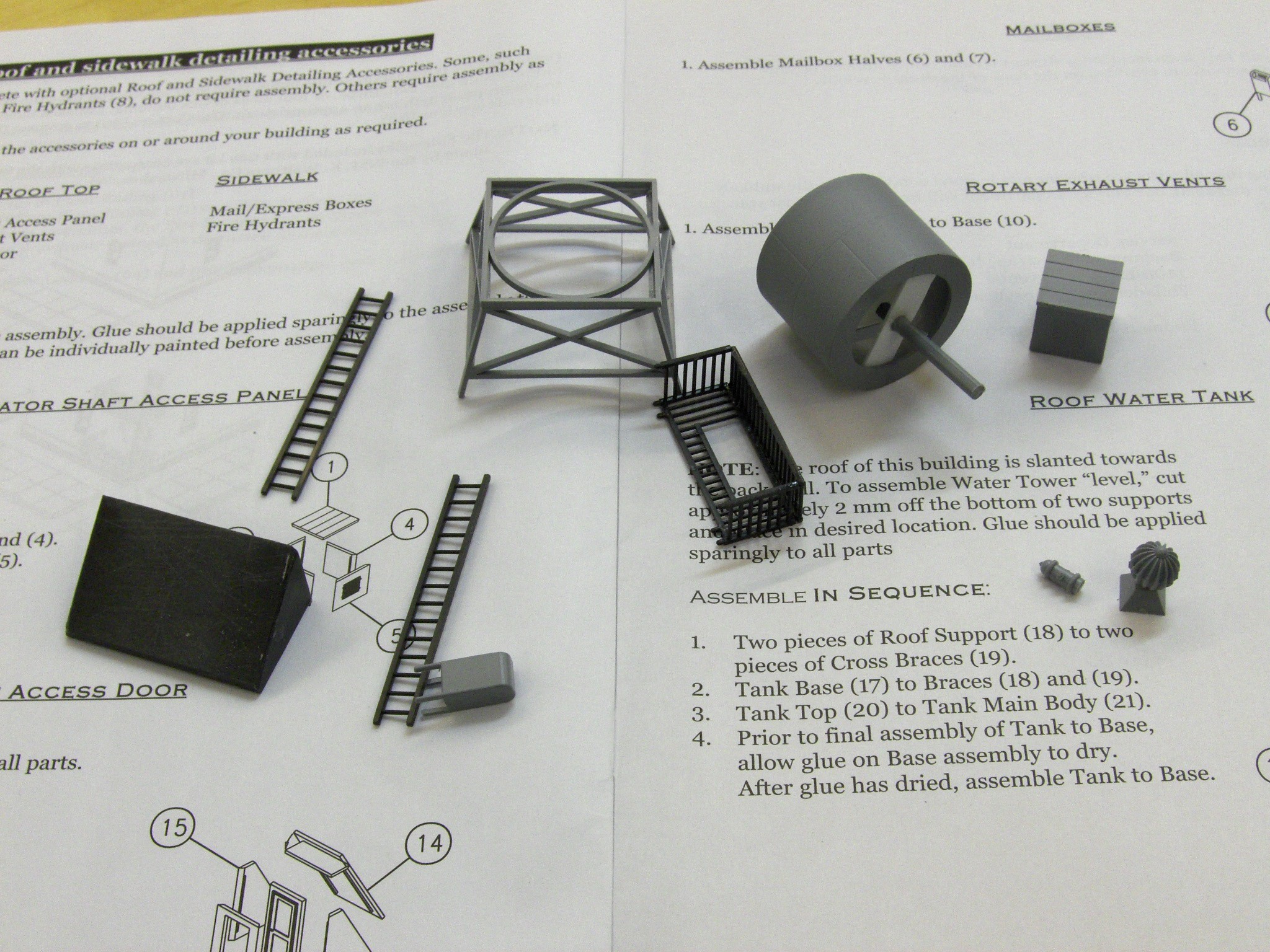 There are several nice details included with the kit, however, they need painting. There is a water tank, awnings, ladders, mailboxes, vents, fire escapes and a fan box. 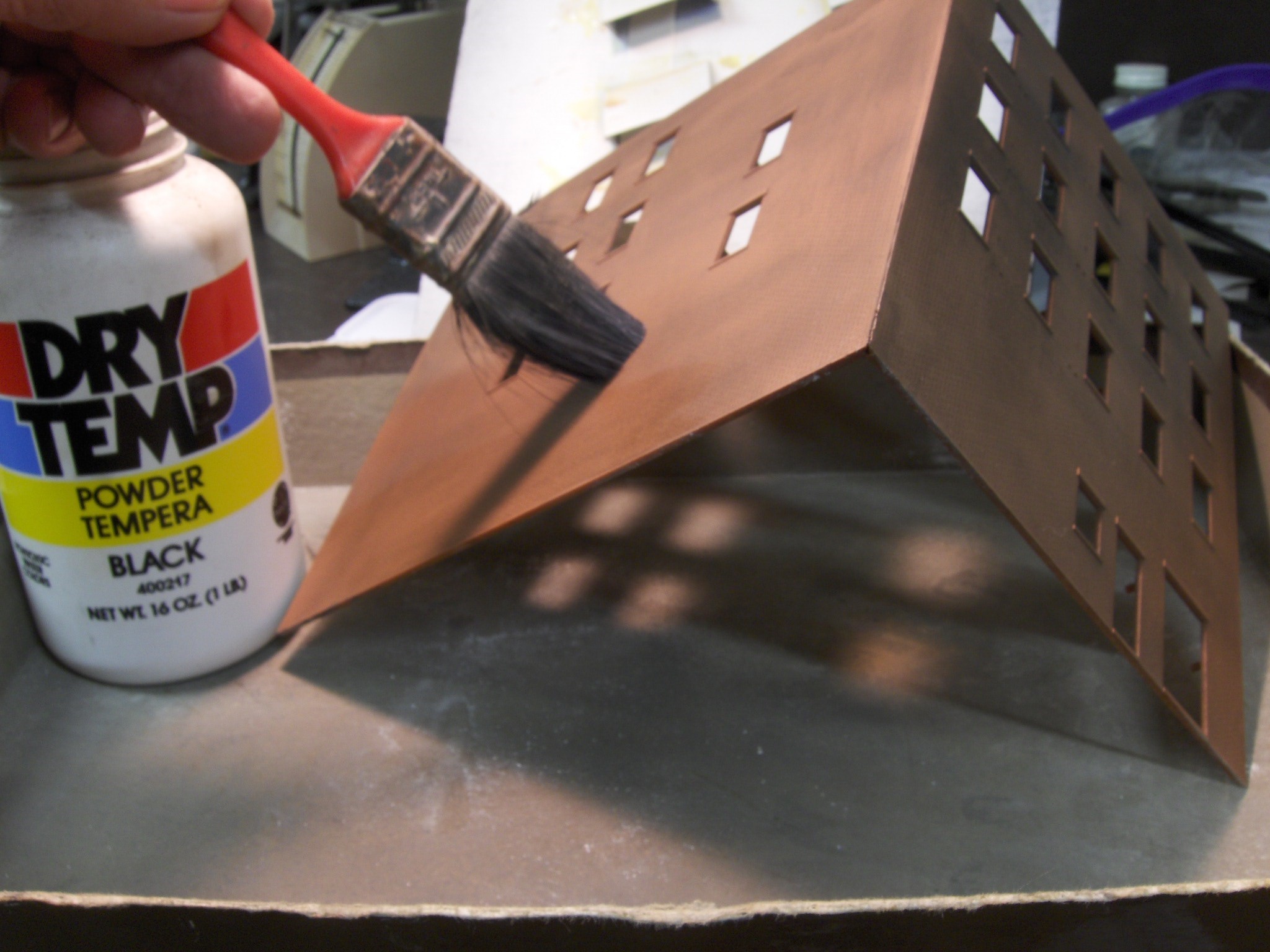 After painting the back walls a red brick color, I dusted on black tempera paint. I did the same thing with the front walls. 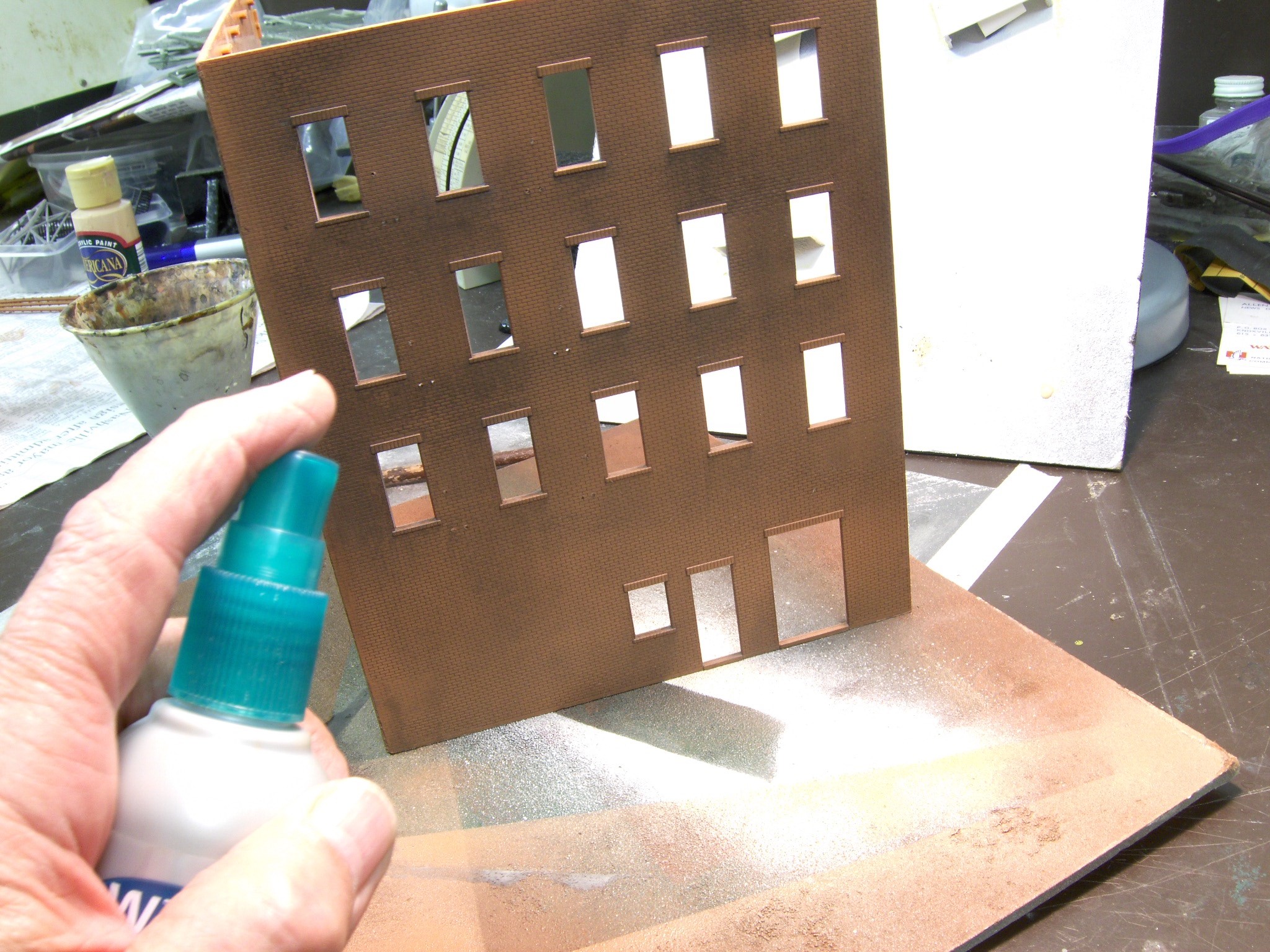 To set the tempera paint I sprayed it with a fine mist of water and let it dry. This technique will give you a varied brick color, plus it’s easy to do and really pops the mortar lines. 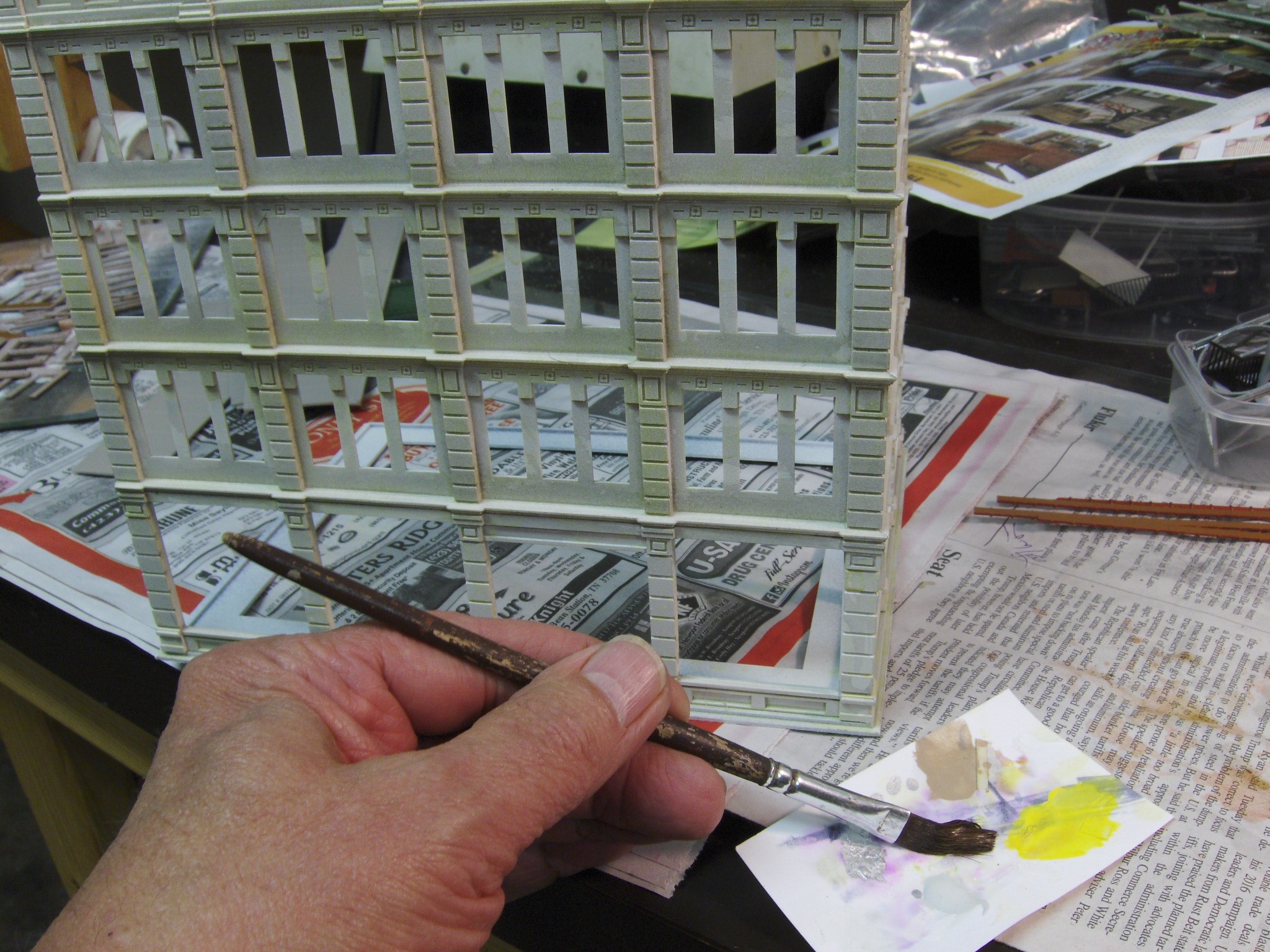 On the front walls after the application of the tempera paint, I brushed on some tan and yellow acrylic paints. They were heavily diluted with water, so they became a wash rather than a paint. All you want is just the hint of different stone coloring, because consistent color is the enemy of a natural look. 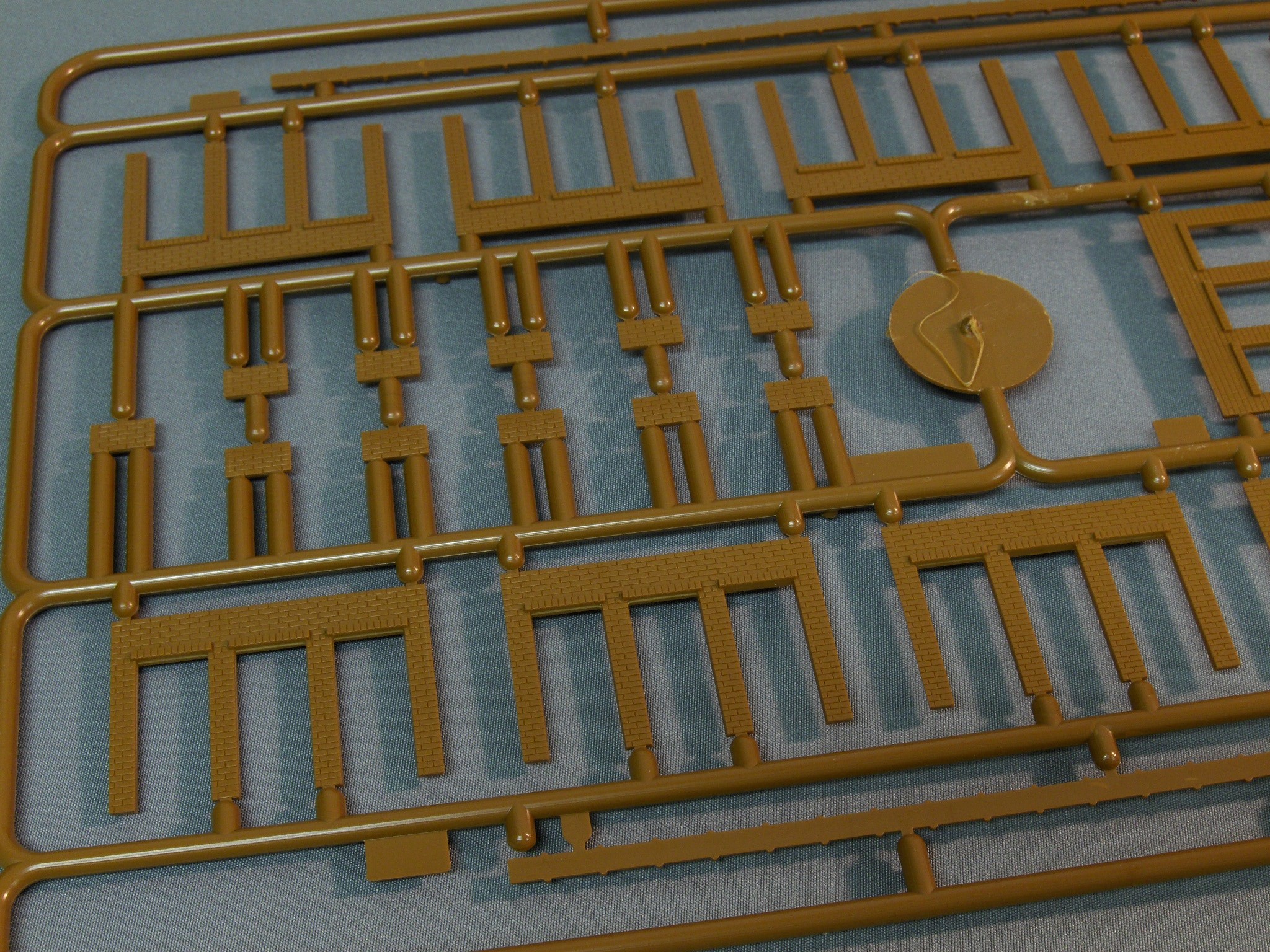 The kit has some nice brick accent work that doesn’t look very good in the cast brown color. So, I sprayed it a brick color and weathered it with a white tempera paint to bring out the mortar lines 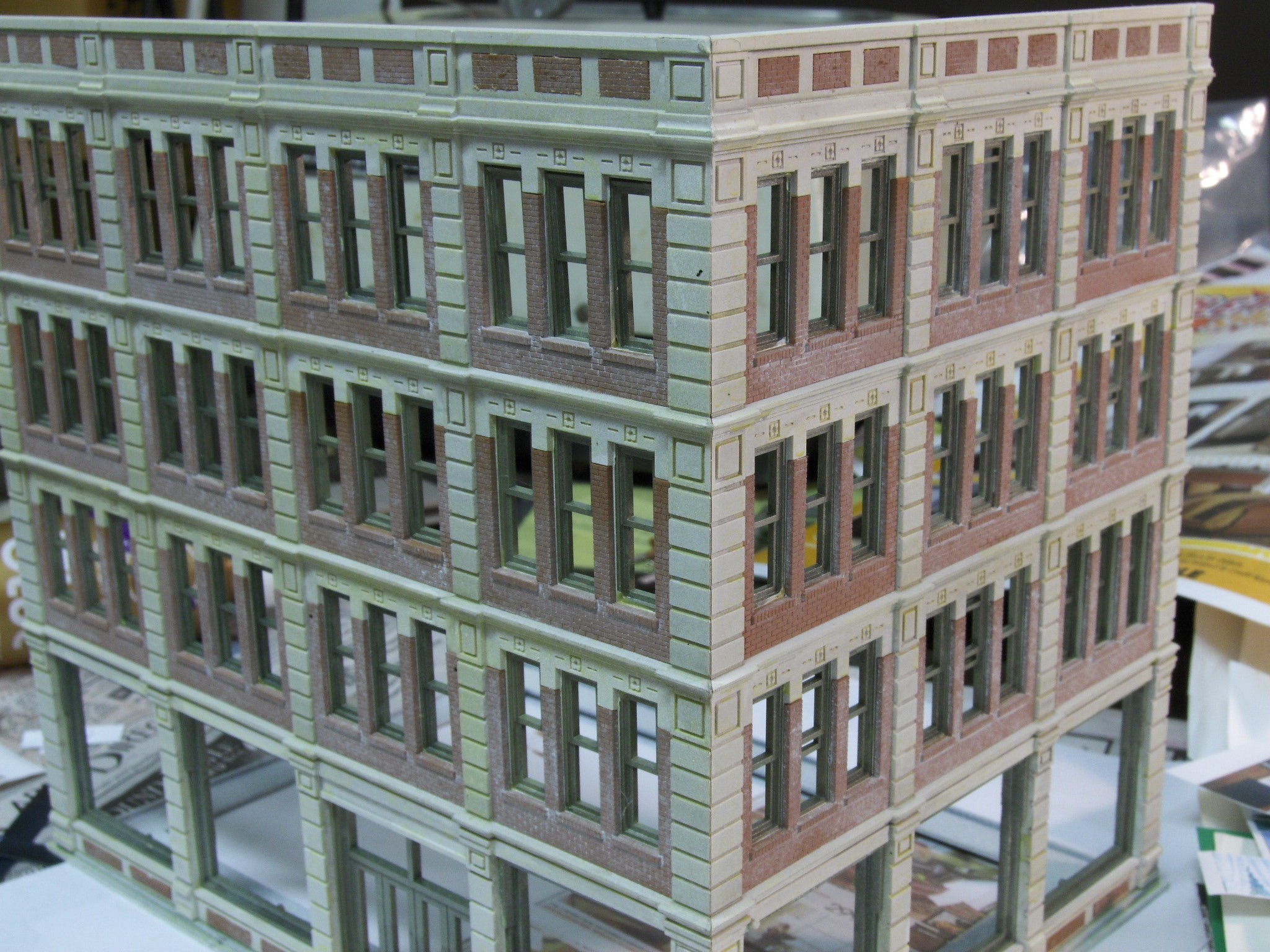 Here the bricks have been added to the facade of the department store. This little detail really changes the look of the building. 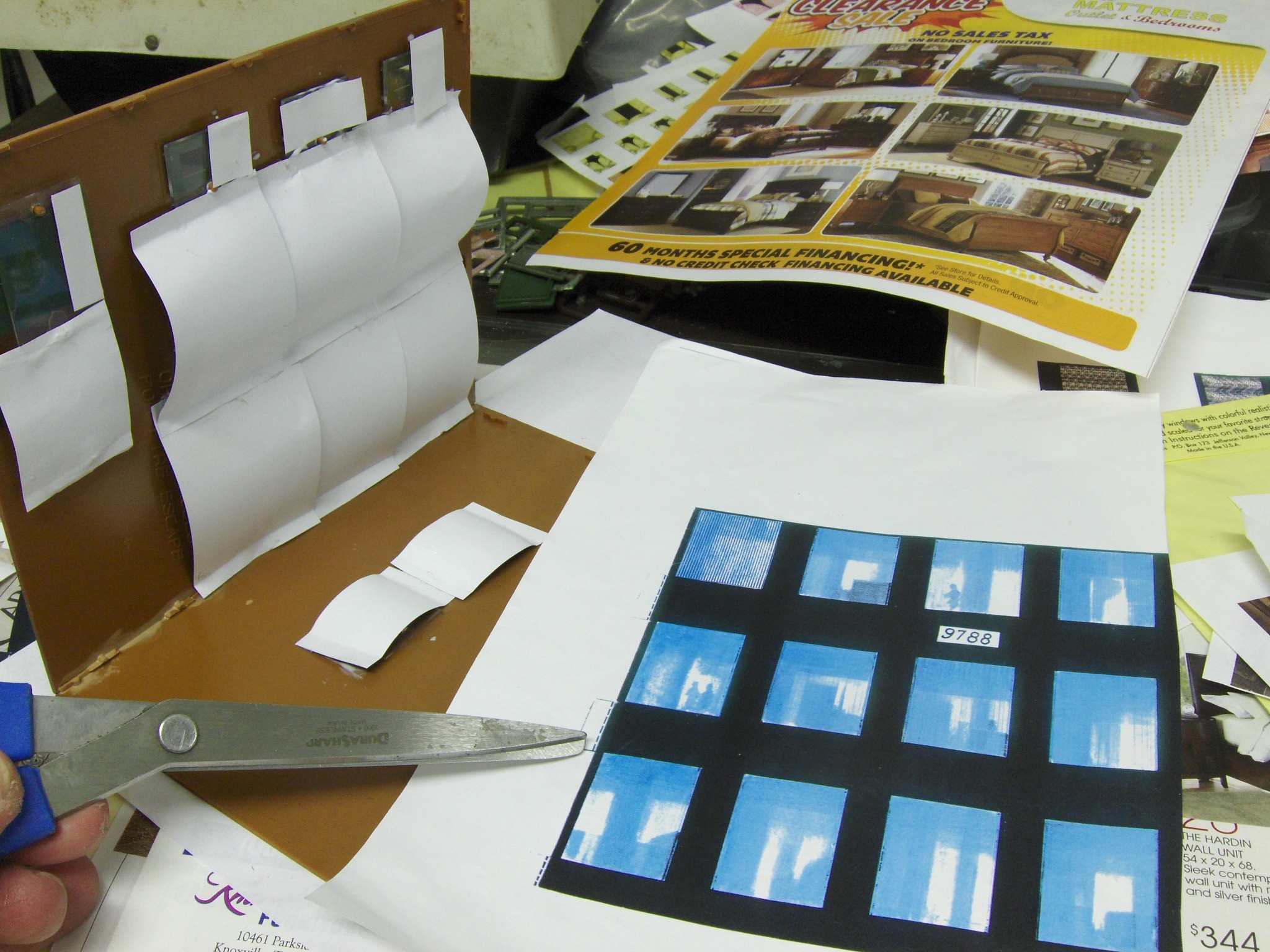 After the windows were installed there was too much open and dead space in the interior. So, I added some colored paper and some photos. 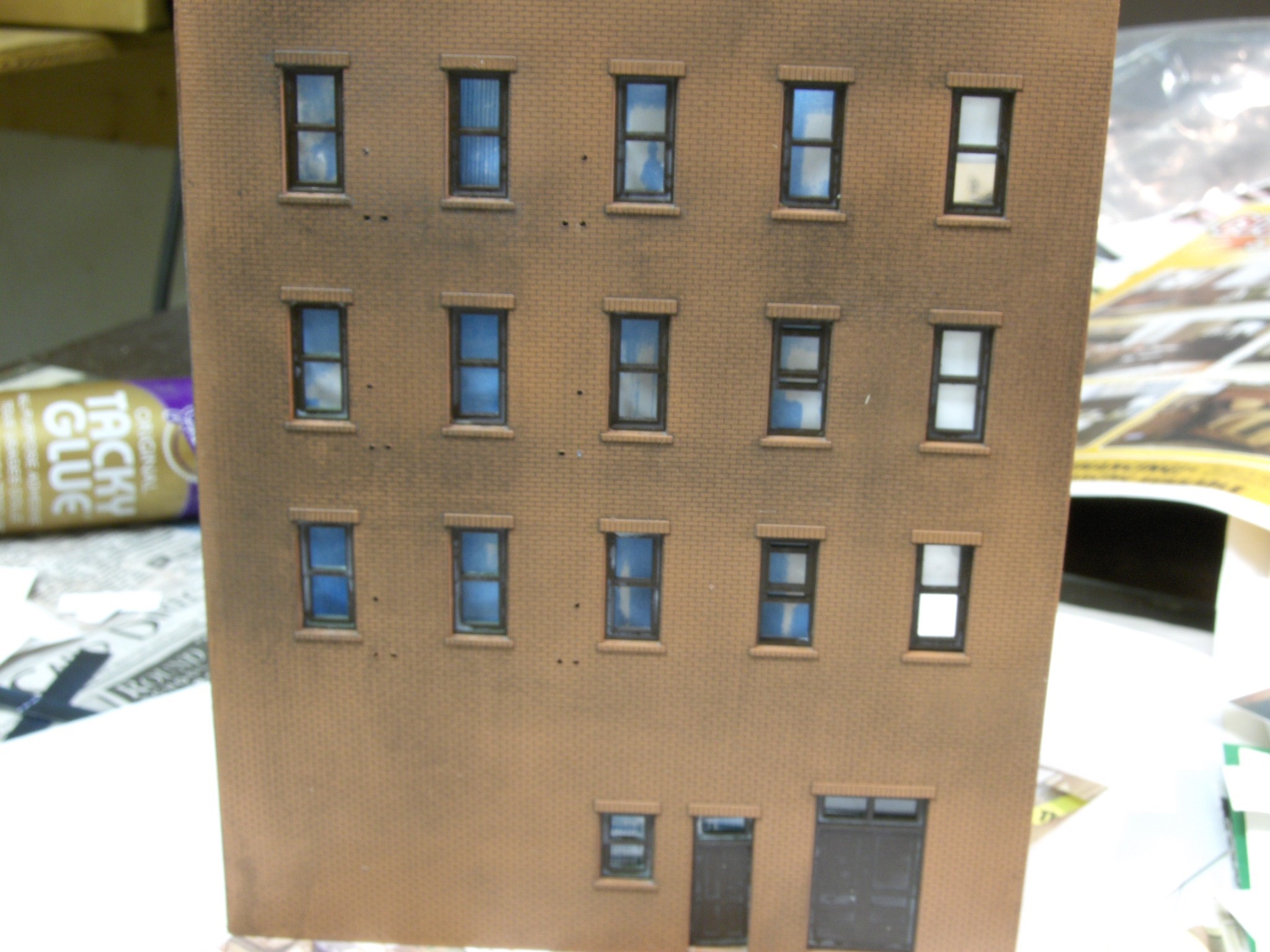 Here the side of the building looks like something is going on inside the walls. 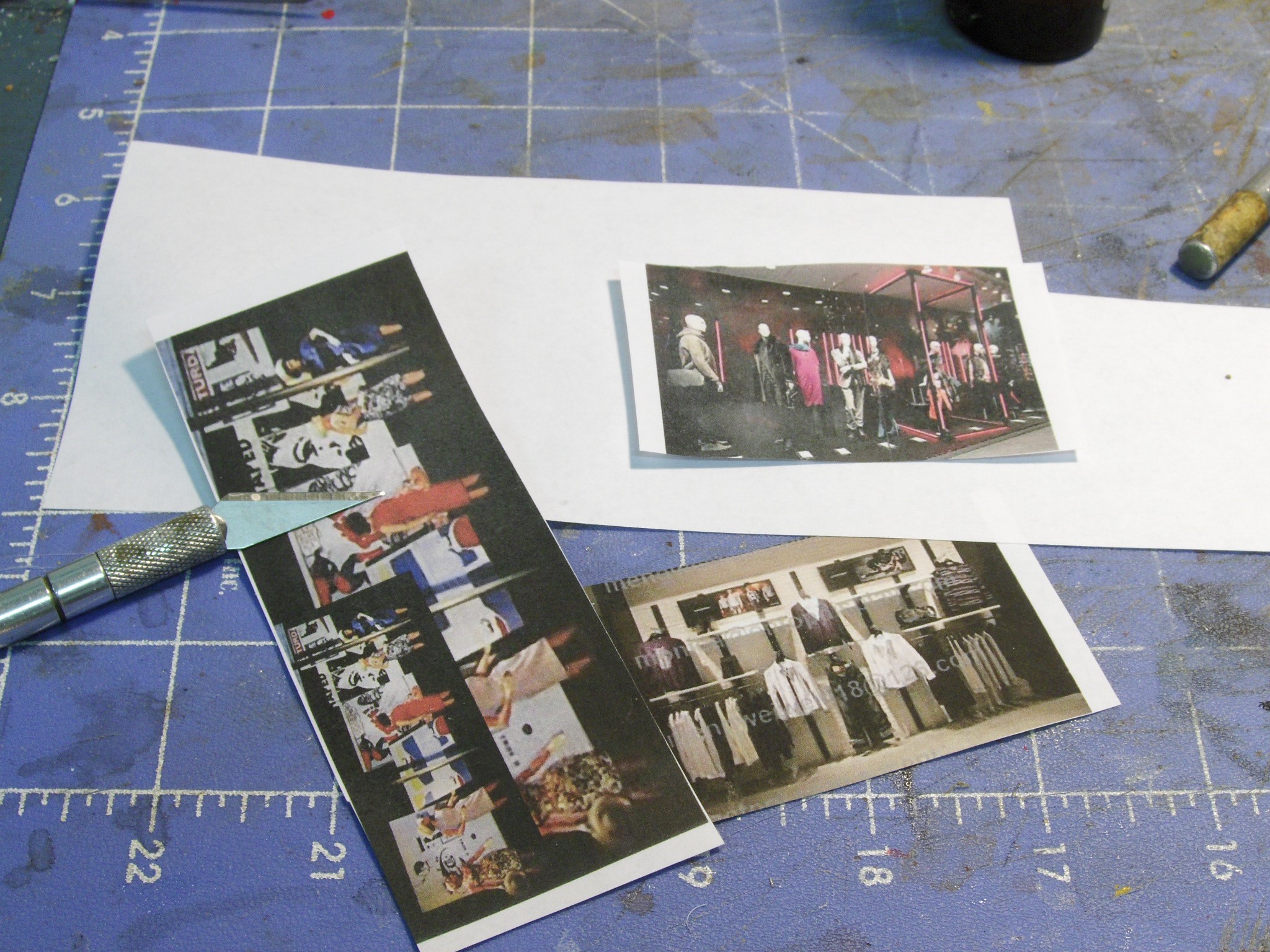 These are pictures of store windows that I found on the internet. I made them the right size to fit the street level display windows. 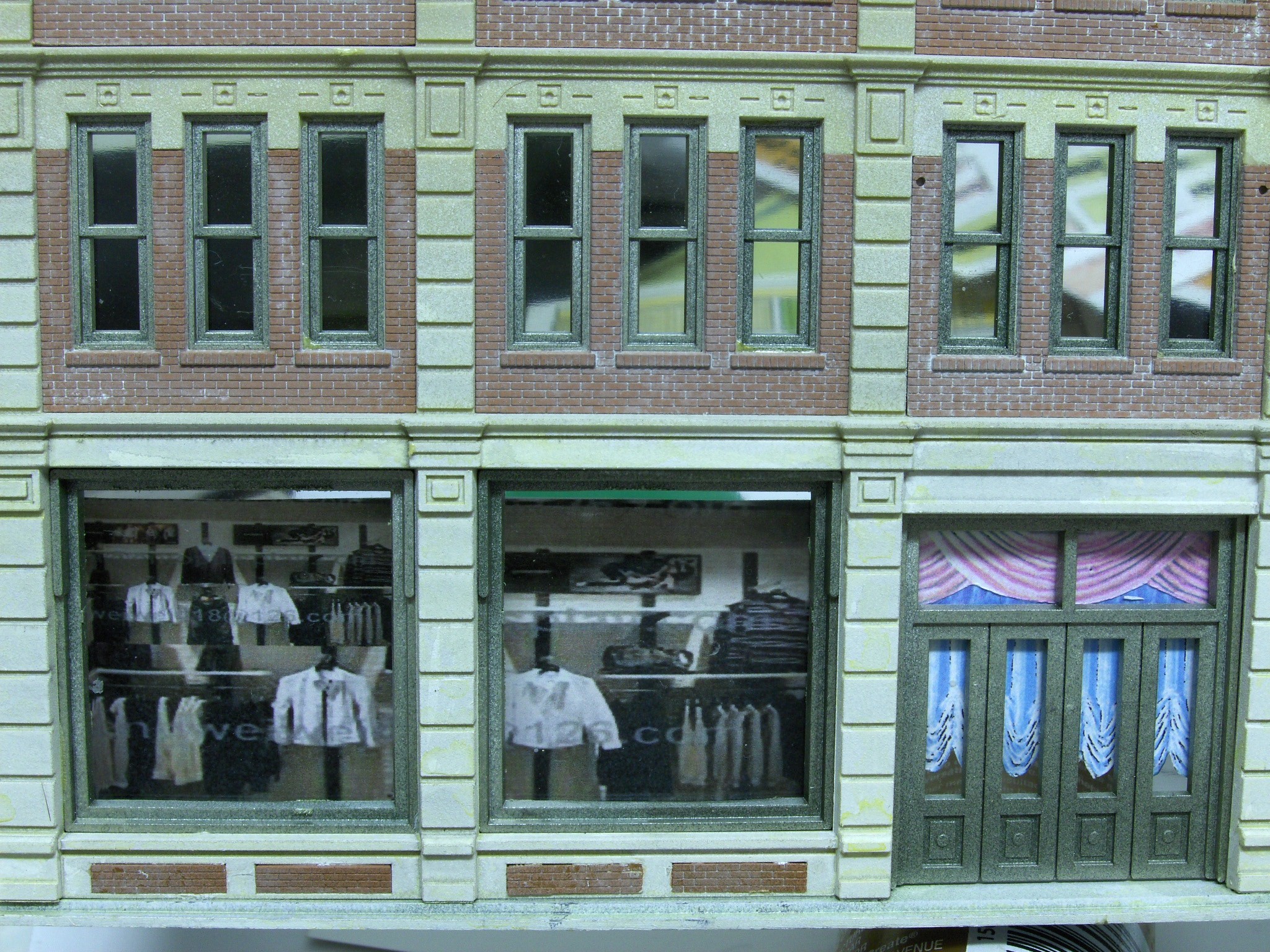 The effect is apparent here, no blank spaces in these windows! You’ll notice I painted the front windows a silver color to represent aluminum. 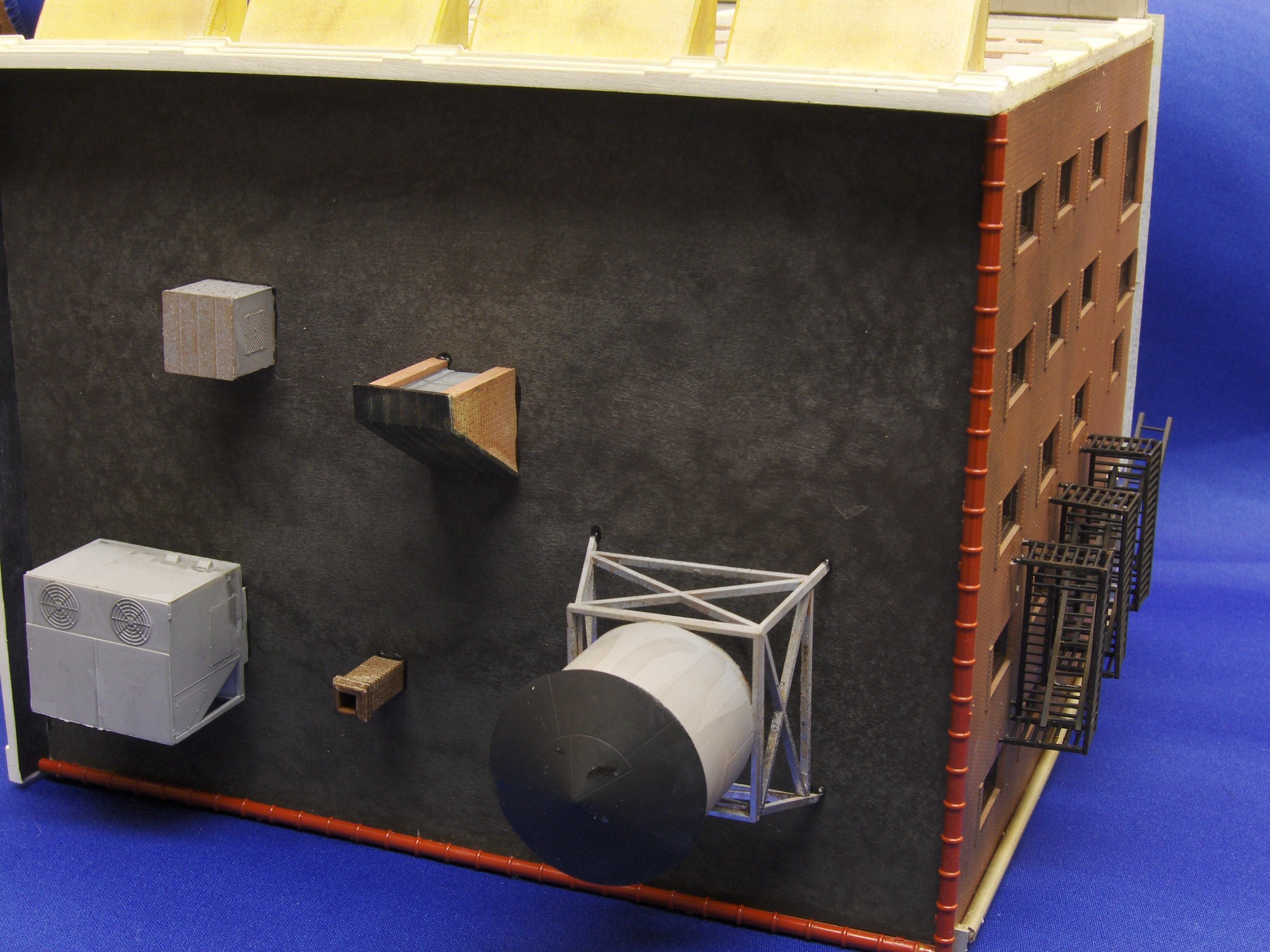 The roof was painted black and weathered with brown and white chalk, then I added the details. It’s amazing how the roof of a building can stand out. 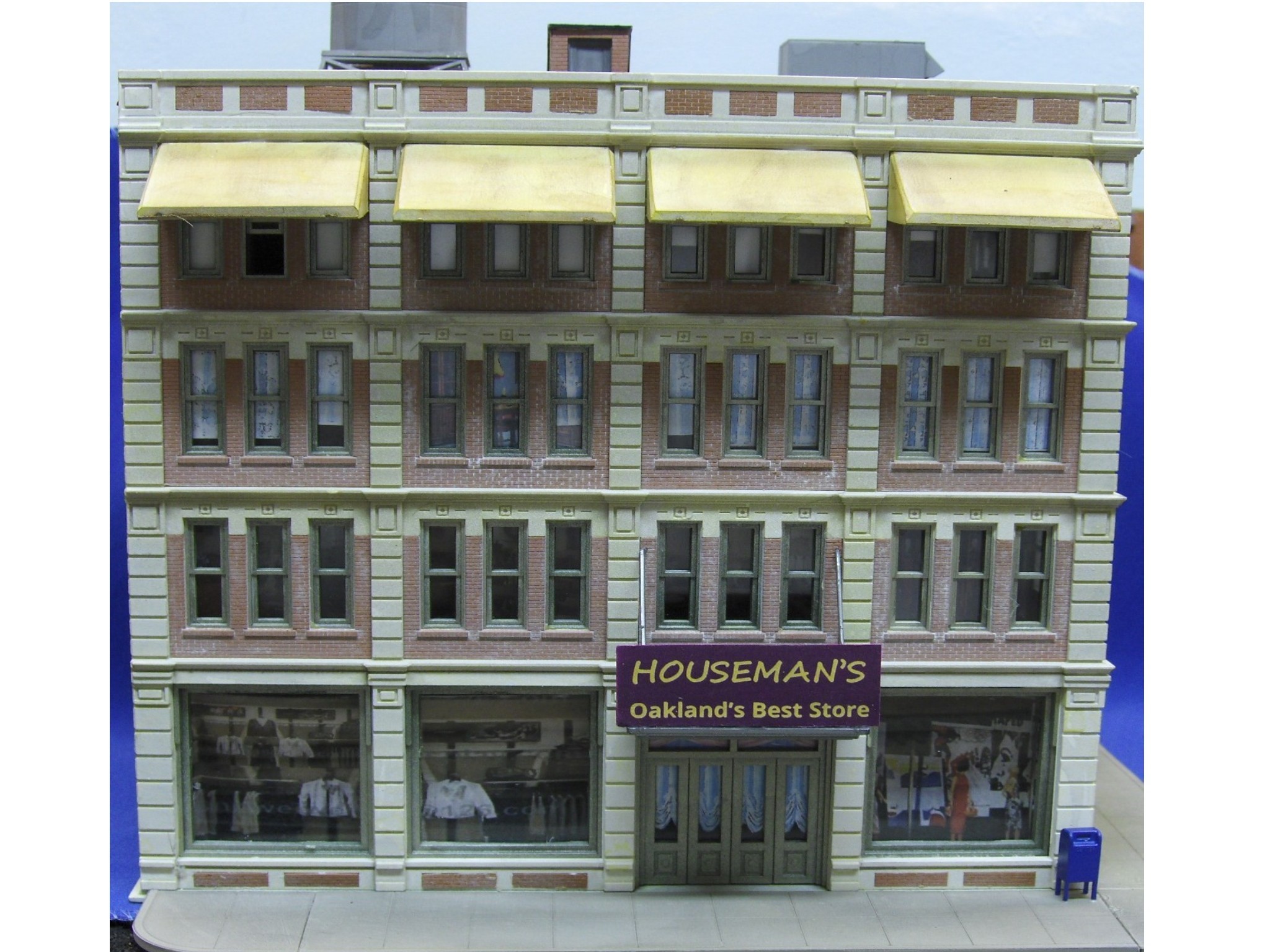 Here is the finished building. I put the awnings on the top floor to represent office space rather than have them blocking the display windows as was the original intent of the kit. I also made up a sign on my computer and added it to the overhang above the front door. Compare this finished model with the box art and I hope you will agree that my efforts were not in vain.

10 Responses to “Building a Block for Oakland Part 1”