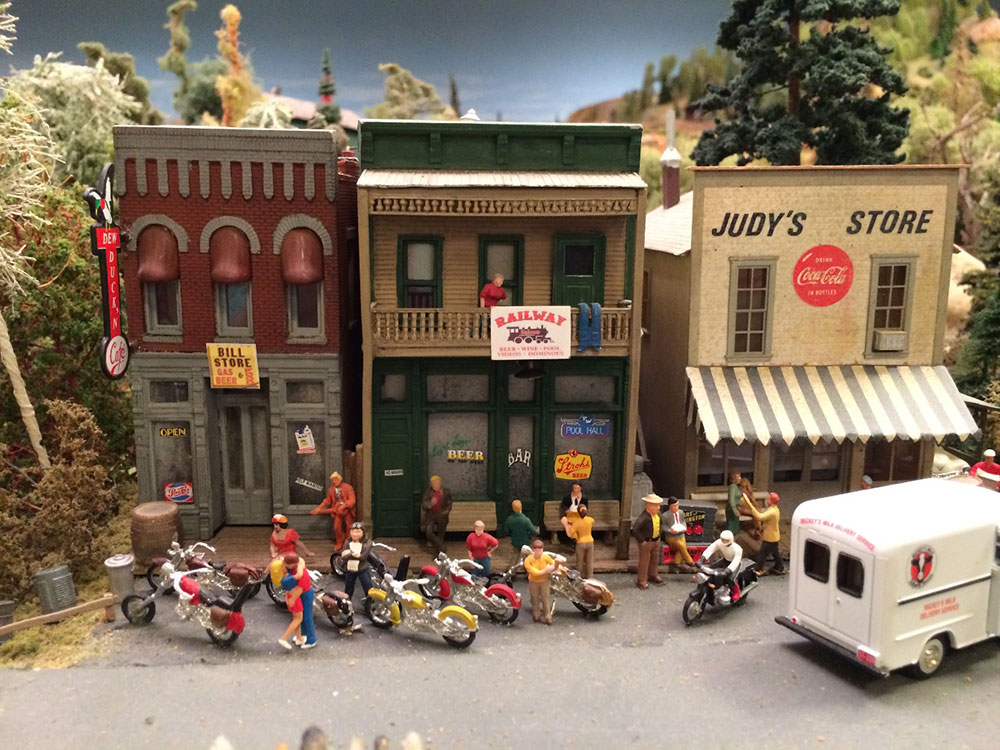 Model railroad structures are important in many ways, and by “structures” I’m including bridges and other man-made, primarily fixed elements that we include in our layouts. Structures can be assembled from combinations of wood, stone, concrete, or steel. They can be loading docks, a wooden pony truss bridge, a stone retaining wall, a concrete viaduct, or a steel arch bridge. They can also be a shed, a roundhouse, or a massive factory. They can be fences and billboards, too. 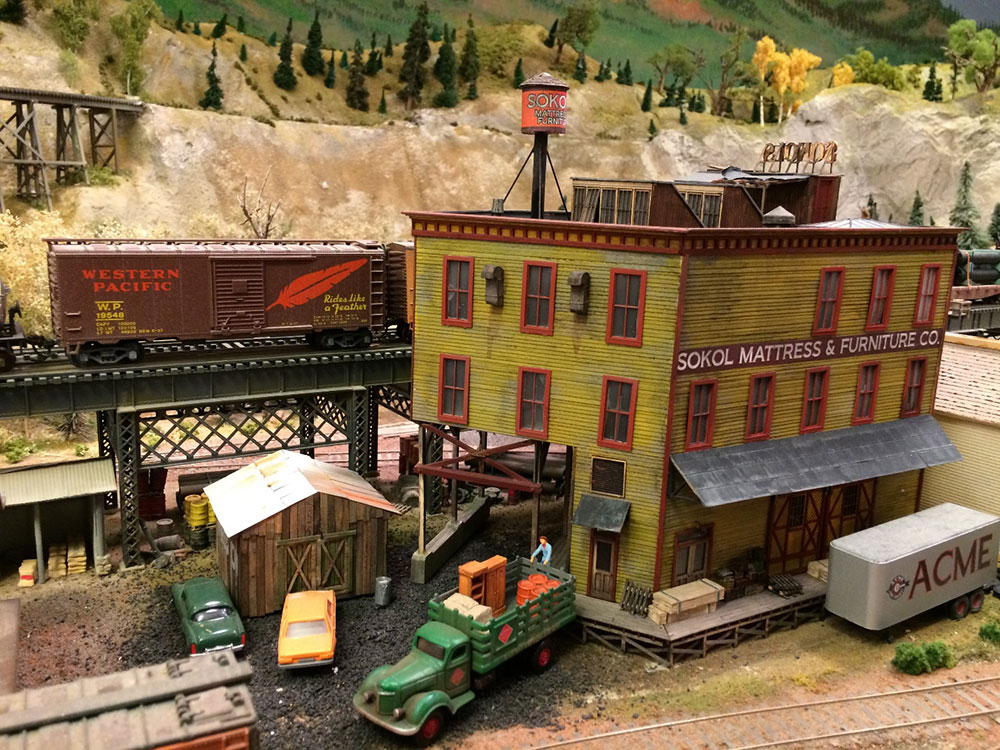 They are all “stage props” that set our three-dimensional scene in many ways. The upkeep status might denote financial stability or present usefulness, just as the architectural design and construction materials might display a vision of prosperity and long term viability of the structure. Signage on a building might reveal previous owners or uses. 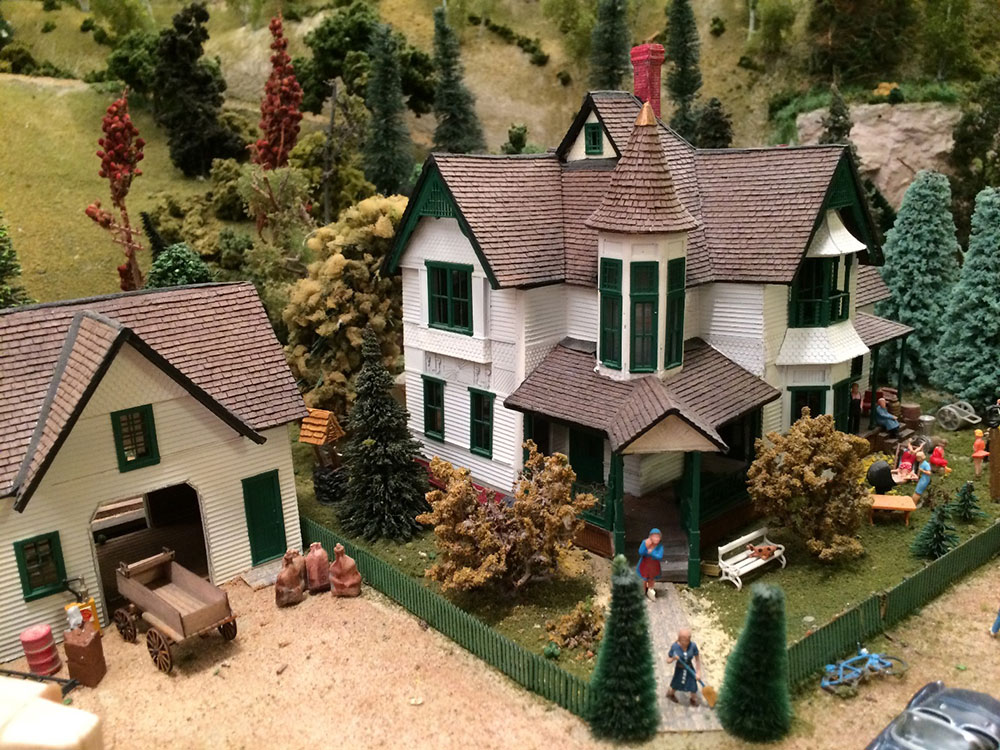 We can use structures as scene breaks and view blocks as well. They can create a peek-a-boo effect and direct a sight line. Forced perspective can be applied to tremendous effect. Building shapes and truss bridges can add angularity and interest to a scene.

I like to build cardboard building mockups wherever it’s feasible to visualize a scene from all the available viewing angles. A mockup can be used whether you’re kit bashing or scratch building. I can then modify the shape to fit comfortably into the scene. I will normally let my mockups sit on the layout for a time while I ponder them. After the shape is set, I can draw in windows and doors to study the placement. Sometimes I end up installing the finished sheeting right over my mockup!

Here’s another thought. A building or a grouping of buildings being used as a scene break could be designed and detailed as completely different buildings from the opposing viewing angle. That’s a great way to make your layout seem bigger than it really is, and who doesn’t want a bigger layout! Impressions of size and scale are not limited to the square footage of your layout surface. 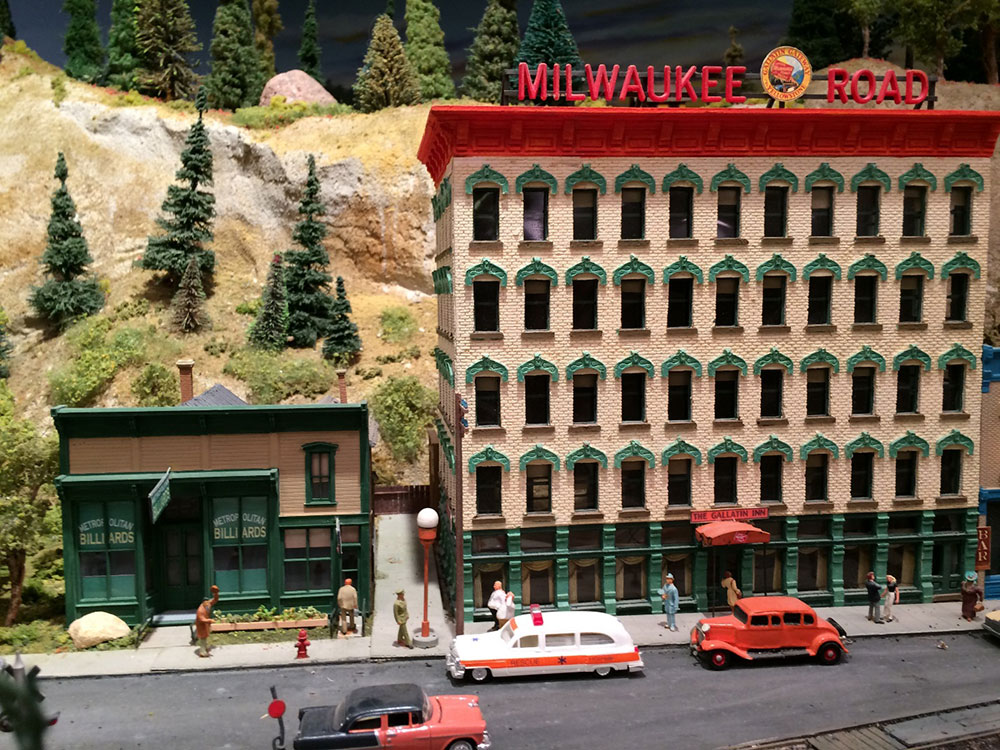 As for “forced perspective,” a large or tall structure can be designed to fade into a vanishing point, even if only very slightly. In a future how-to video segment I plan to talk about vanishing points in more detail. Vanishing points are a part of our natural visual experiences daily and make for interesting study. They can really enhance a scene, and again make your layout seem bigger than it really is. 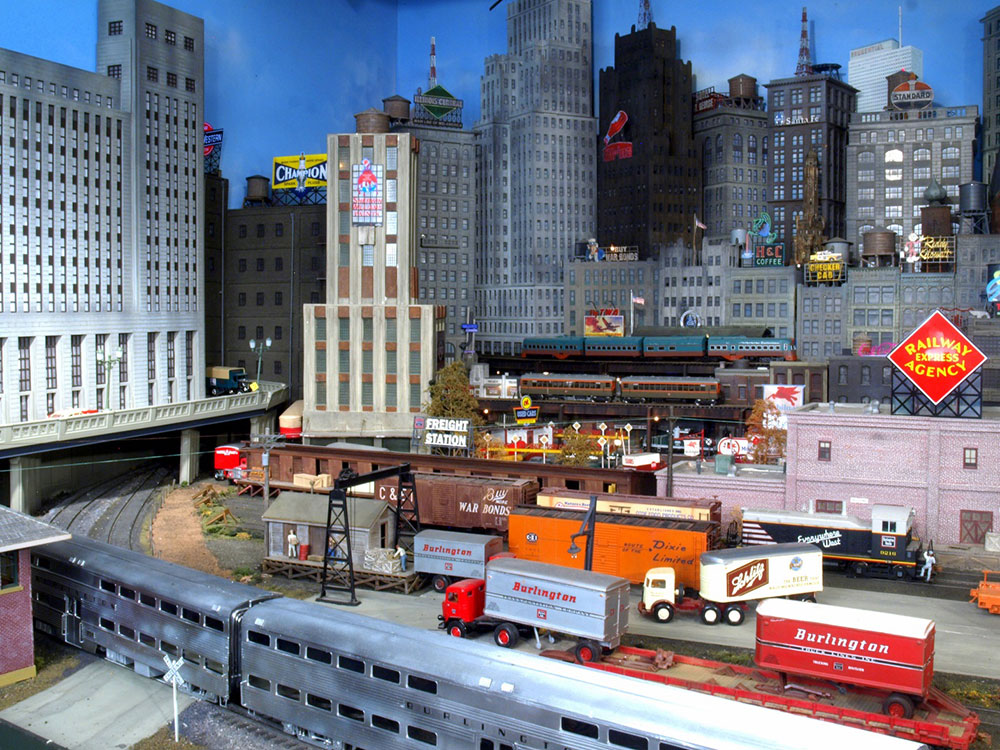 A distant mountain top village on an HO layout could be built in N scale as an example. Foreground structures can have more distinct color while background structures should be muted in color.

Bridgework can add a linear element to a mountain scene and act as a connecting link for scenes separated by say, a gorge or a river. Bridges can also be used as a view block. A common application would be to hide a three-dimensional scene that’s merging into a backdrop. 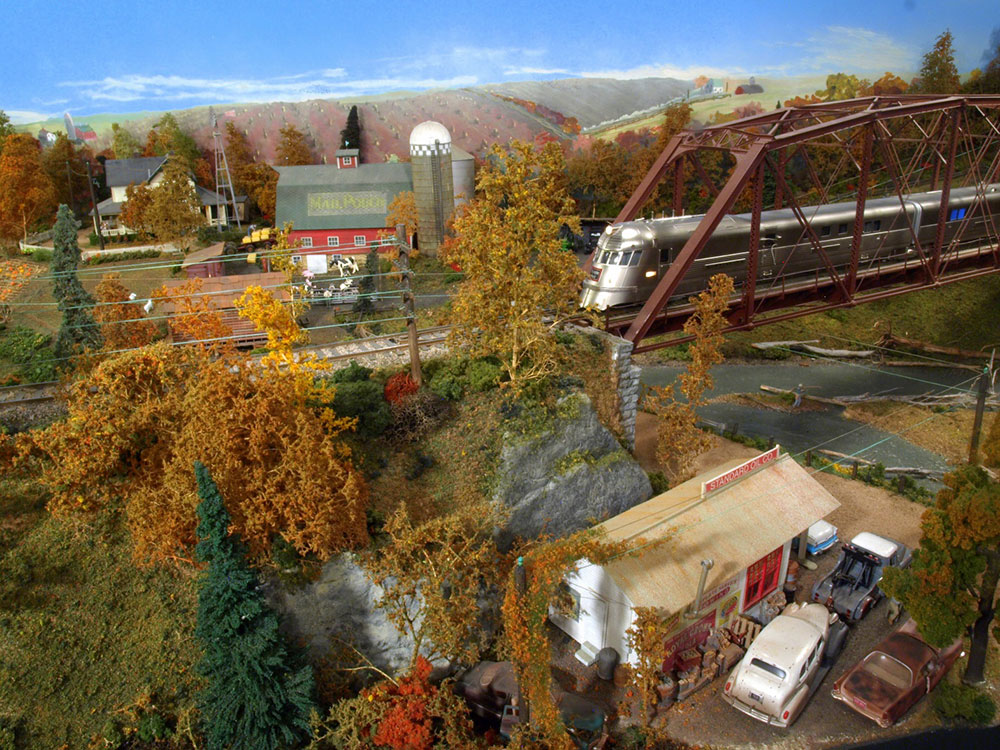 Fences can delineate property lines and act as a scene break. Irregular shapes are great. A patchwork of properties has the ability to change a large, open scene to multiple smaller scenes. Billboards and business signs can have the same effect. 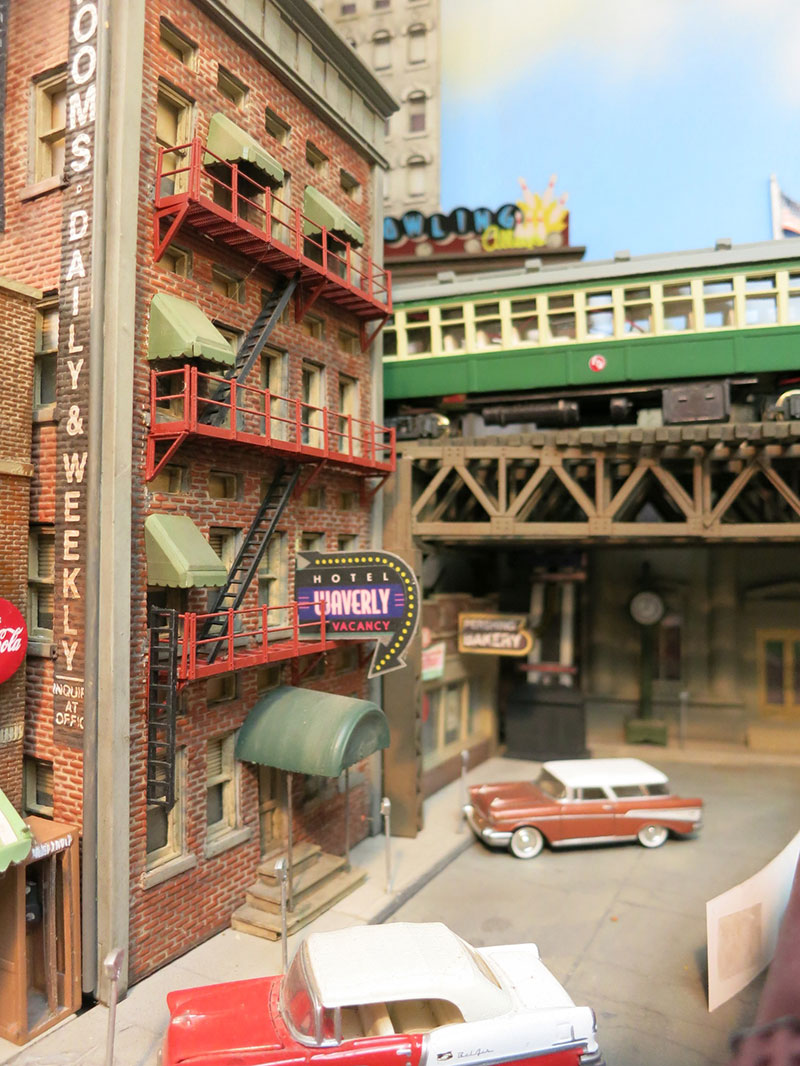 On another visit to the Citrus District I plan to be part (or all) of the train crew and spend a day switching. I hope you can ride along.

We’ve got lots more videos on the subject of model railroad structures. For a complete listing of videos, check out the category here.