Sign in to view full video or become a member now!
Duration: 8:12

When it comes to model railroad operations, it’s highly important for a well functioning timetable train order system that you always fall the operating rules established for a specific model. For most models that utilize a timetable train order, there are only a handful of essential rules one must learn in order to operate their train safely and effectively, but it’s not hard to get lost in the finer points if you do some digging into the rulebook. For now, though, beginning operators need only focus on a core set of rules, each of which will be discussed in this quick demonstration on model railroad operations.

To help you discover the proper way to operate your train, we head to Paul Dolkos’s HO scale model of the New Hampshire stretch of B&M Railroad, where Steve King introduces a series of model railroad operations rules that one must follow when operating on a timetable train order system. He begins his explanation by first discussing the pros and cons of timetable train order, and talks a bit about why you might choose this model railroad operations system for your railroad.

Next, Steve dives into the rulebook to highlight some of the basic guidelines that determine superiority on a railroad that utilizes timetable train order. According to rules S-70 and S-71, the superior train always gets the main track, and it is the inferior train’s responsibility to clear the way. Per one of a variety of model railroad operations codes, it is established that track superiority can be determined by a few different things, including right, class and direction of travel. For instance, the highest class train headed northbound and listed first in a railroad’s timetable will always trump any other train.

Later in his explanation, Steve discusses what Rule 99 in most standard model railroad operations codes dictate should be done when an inferior train does not clear the track in time for a superior train to pass. And to finish up, he goes over a few more rules that are important for smooth operations and good dispatching on any model railroad. Most importantly, remember that it’s all part of the learning process; no one will get hurt if you make a mistake! 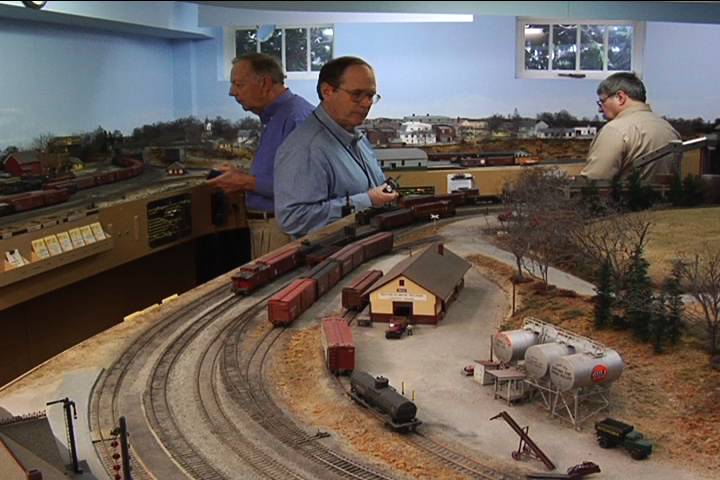 $6.98
Add to Cart
Basic Model Railroad Operations RulesJoin Model Railroad Academy to continue watching for $8.00 per month / $86.00 per year or purchase this video for $6.98.